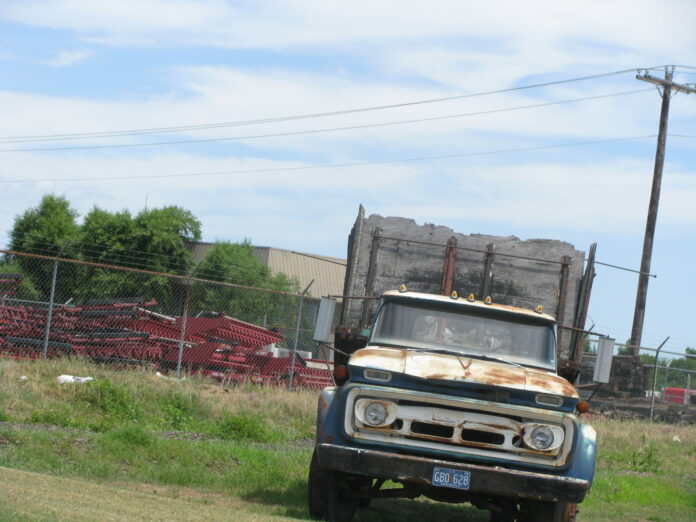 An international effort to celebrate the lives of those who survived the Holocaust was renewed this past Sunday, as Jewish communities in the US, Israel and Poland marked the second annual Holocaust Survivor Day.

The initiative was founded last year by the Jewish Community Center in Krakow, Poland, with the recognition that while both Yom HaShoah and International Holocaust Remembrance Day are essential for mourning the 6 million Jews killed by Nazi forces during World War II, the accomplishments of those who lived are worth honoring also.

“I think that the spirit of celebrating life, life as it was, life as survivors — that it’s actually good to have a day that focuses on survival and what people did with their lives,” Dr. Roald Hoffmann, who narrowly escaped the Nazis and later won a Nobel Prize in Chemistry, told The Algemeiner in a Friday interview. “It’s a testimony to the human spirit.”

Born in Zolochiv, Poland, in 1937, Roald Hoffmann was forced into a ghetto and later a labor camp during the German occupation of Poland. In 1943, his father Hillel broke Hoffmann and his mother out of the camp, securing a hiding place in the home of a Ukrainian in a neighboring village. That June, the Nazis discovered that Hillel was planning another larger, mass breakout of Jewish prisoners, and murdered him.

After spending time in displaced persons camps in Austria and Germany, in 1949, the Hoffmanns emigrated to New York City, where Roald later attended the acclaimed Stuyvesant High School, followed by Columbia and Harvard. In 1981, then a professor at Cornell University, he was awarded the Nobel Prize for advances in understanding chemical reactions — key elements of “the drama of our planet’s development,” as the Royal Swedish Academy of Sciences said at the time.

“I did some great work, really important, revolutionary work, figuring out a way, using methods of physics, to make verifiable predictions about new reactions,” Hoffmann recalled. “I got it at a young age; one problem with getting it as a young age is that people start to ask you what are you going to do next.”

Hoffmann would spend the rest of his career at Cornell University, where he now serves as the Emeritus Frank H.T. Rhodes Professor in Chemistry — while also penning a number of plays and works of poetry.

“We didn’t own a single patent, but many pharmaceuticals have been synthesized making use of the theoretical knowledge that I pioneered,” he said. “I feel I’ve done useful things, mainly for other scientists in advancing the pure knowledge that can lead to applications and utility for humanity.”

On Sunday, over 1,000 Holocaust survivors gathered at various Survivor Day events, including those held at Tel Aviv’s Beit Lohamei Hagetaot and Habima National Theater, attended by Israeli President Isaac Herzog. The events brought together groups including the Center Organizations of Holocaust Survivors, the World Zionist Organization, Seed the Dream Foundation, the Jewish Federations of North America and dozens of other partners.

“This is our day to say thank you,” Shelley Rood Wernick, Managing Director of the Jewish Federations of North America’s Center on Holocaust Survivor Care and Institute on Aging and Trauma, told The Algemeiner last week. “This is a date on the calendar to recognize and honor and celebrate the contributions that Holocaust survivors have made to their communities and to humanity at large.”

Wernick noted that as many as 35% of survivors in the US are living in poverty, and are often in need of both material and emotional support.

“If you’re in poverty, you need help with everything,” Wernick said. “And for many Holocaust survivors, not only are they getting older, but many have fewer family members who can help care for them because of their past history. Families are smaller. People were killed. The extended family members simply don’t exist.”

On Wednesday, as the US Congress negotiated the 2023 fiscal budget, the House Appropriations committee proposed $10 million in funding for the public-private Holocaust Survivor Assistance Program — up from the current $6 million currently allocated.

Leo Melamed, a 90-year-old attorney and financial executive also honored on Sunday, encouraged fellow survivors of the Shoah to “tell your story and don’t be ashamed of it.”

“As a Holocaust survivor, I tell my story whenever I can,” he told The Algemeiner. “We are survivors, and what was done unto our nation and our relatives and friends and people is unheard of. It must never be allowed to happen again.”

Melamed and his family spent several years evading the Nazis in Lithuania and then in Japan, the latter station made possible by Japanese general consul Chiune Sugihara’s defying his government to issue two thousand visas to European Jewish refugees.

They settled in Chicago in 1941, where Melamed earned a law degree before starting his career in finance by chance. A friend told him about an advertisement for a position as a runner at Merrill Lynch, Pierce, Fenner & Beane. Believing it was with a law firm, he applied.

“Of course it wasn’t a law firm, it was a broker’s firm,” Melamed recalled. Within ten years, he was elected chairman of the Chicago Mercantile Exchange (CME).

Historically, the futures market mostly comprised investments in agricultural products like butter, eggs, and hogs, but in 1972, Melamed brought in a novel idea. Futures contracts allowed farmers to hedge against a drop in the price of a commodity by locking in a certain sell price for a “future” date; he argued the same method would work for trading currencies.

“Everybody laughed at me at the time, because it was an unheard of, revolutionary idea. It turned out that the finance worked extremely well in the futures, as I expected,” he remembered. “Pretty soon, the Chicago Mercantile Exchange was the only in the world that traded in foreign currencies.”

Melamed, whose memoir Man of the Futures was released last April, credited his successes to his parents’ securing their safe transport out of Poland, and the United States’ being a place where a “person like me could rise to the highest level of the futures industry.” Throughout his career, he advised US presidents including Bill Clinton, George H.W. Bush, and George W. Bush, and said he forged an especially close friendship with Ronald Reagan.

“Very few countries, if any, would have allowed the possibility for someone to rise from nowhere and reach the chairmanship of a big position,” he said. “I never forgot that, and to this day I’m grateful for the culture and laws here. I’m probably one of the biggest patriots you’ll ever meet, simply because I captured my imagination and was able to create markets for the world.”