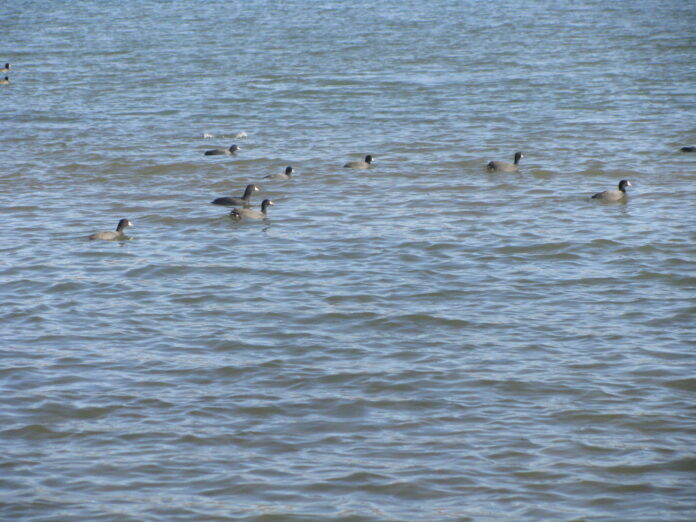 The more than 200 antisemitic outrages that occurred in Germany during the two-week conflict between Israel and the Palestinian terrorist Hamas organization last May have “nothing to do with legitimate criticism of Israel” and were fueled by a “new antisemitism,” the head of Germany’s Jewish community said this week.

Josef Schuster, president of the Central Council of Jews in Germany, was speaking following the publication on Wednesday of a detailed report into the explosion of antisemitism in Berlin and around the country in tandem with the war.

The joint report by RIAS, a federal association monitoring antisemitism, and IIBSA, a research institute focused on antisemitism, provided a comprehensive picture of what the newspaper Taggespiegel called “the eruption of antisemitic hatred that shook the republic.”

“Enemies of Jews from right to left, of German and non-German origin, used the armed conflict between Israel and the Palestinian terrorist organization Hamas in May for incitement on a rarely seen scale,” the newspaper observed.

The RIAS/IIBSA report documented 22 instances of damage to property, ten violent assaults and more than 200 episodes of antisemitic verbal abuse and harassment during the reporting period.

The report disclosed that 76 of these incidents had occurred alongside pro-Palestinian demonstrations and rallies. According to the report, a total of 121 demonstrations in support of the Palestinians took place in Germany between May 9-24.

An accompanying RIAS/IIBSA report focusing on Berlin specifically documented 12 events in the capital where participants denied Israel’s right to exist, compared Israeli policies with the Nazi Holocaust and called for violence against Jews.

May 15 — marked by Palestinian rejectionists as “Naqba Day” to protest the “catastrophe” of Israel’s founding — was the worst day for the impact of the Gaza conflict in Germany, the report found. On that day alone, 59 antisemitic incidents were reported, alongside the 30 pro-Palestinian demonstrations that were mounted nationwide. In Berlin, protestors shouted “Israel murders children” as they pelted riot police with stones and bottles, while elsewhere in the capital two young Jewish women were assailed as “Zionist whores” when they and a male Jewish friend were accosted by a pro-Palestinian mob.

These included some Turkish diaspora organizations closely linked with Turkish President Recep Tayyip Erdogan’s AKP Party, such as Milli Gorus, an Islamist group. Diyanet, the Turkish state’s Directorate of Religious Affairs, and the “Grey Wolves,” a far-right terrorist group, were also cited as influencing factors. Diyanet controls approximately 90 mosques around Germany and is active in Muslim communities across Europe.

Also named were German neo-Nazis, the Popular Front for the Liberation of Palestine (PFLP) and the Palestinian Community in Germany (PGD) organization, which has been classified by the federal Office for the Protection of the Constitution as a German affiliate of Hamas and the Muslim Brotherhood.

The head of the UK-based Palestine Return Center, Majeed al-Zeer, was identified in the report as the “mastermind behind the agitation against Israel.”

At a May 22 meeting in Berlin, al-Zeer declared that violent struggle had to be waged against Israel using “all necessary means.”

It was “time for the occupier to commit suicide,” he declared.

Al-Zeer is reputed to maintain close links with both Hamas and the global Muslim Brotherhood movement of which it is a component. He is a founder of the European Palestinians Initiative for National Action (EPINA), a pro-Hamas organization launched in Oct. 2020.

Commenting on the reports disclosures, Schuster, the head of the Central Council, said that the demonstrations in May had been “politically controlled” and were not “spontaneous gatherings of citizens.”

The report proved that “law enforcement authorities need specialized staff and training in order to be able to take targeted action against this antisemitism,” Schuster said.

“I think that is essential for the internal peace of our country,” he said.

Kim Robin Stoller, the chairwoman of IIBSA, said that the report co-authored by her organization underlined the need “to focus on the structures that fuel antisemitic hatred and incite violence and terror.”

“Organizations that are close to, or sympathize with, the Muslim Brotherhood and the terrorist organizations Hamas and the PFLP played an important role in mobilizing antisemitic hatred in Germany,” she stated.

Kevin Kühnert, a member of parliament and the vice chairman of the center-left SPD Party, commented that the report’s findings “put all democrats to shame.”

“Where radicalized groups attack Jews, the security authorities have to intervene even more decisively,” Kühnert said. “This requires in-depth knowledge of antisemitism as well as its many faces and sources.”

As Vienna Talks Resume, UK Tells Israel: ‘We Will Work Flat Out’ to Prevent Nuclear-Armed Iran

DA calls on Energy Department to explore the rationalisation of the...