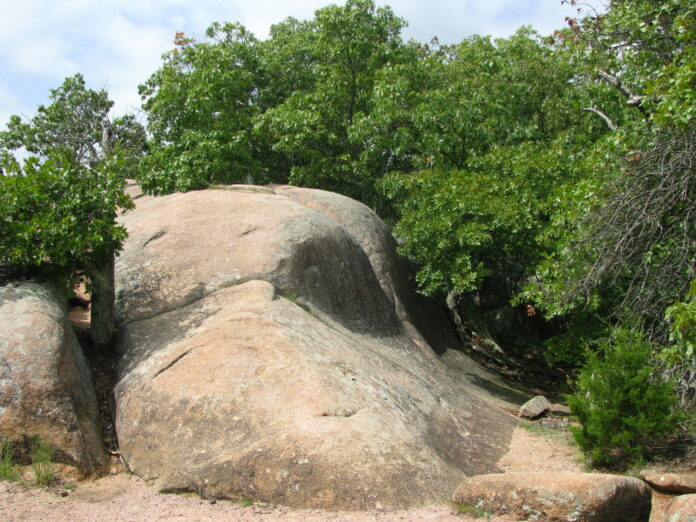 New York Governor Andrew Cuomo is wrong by insisting that Christopher Columbus’ statue remain on 59th street in Manhattan and I will return to this issue shortly.

Black Lives Matter (BLM) has become a rallying cry for the protesters here and around the world for the last four weeks calling for an end to institutionalized racism.

It is my firm conviction that the sadistic murder of George Floyd at the hands of the Minneapolis Police Officer Derek Chauvin and his three colleagues has triggered something that is primal, a genuinely human reaction to an act of utter depravity.

It is one of those pivotal moments in a nation’s history, a moment in time that has now grown into a global movement for human dignity, human rights and social justice.

BLM is the embodiment of that movement and has already helped the mostly young men and women of European descent here and abroad to find their common humanity in solidarity with the Black and Brown protestors.

In the process they have begun to appreciate the cumulative pain, the hurt and humiliation, and the brutality that their white ancestors have visited upon people of African descent for centuries.

They are finding a common cause with their fellow citizens of African descent. Protesters in the U.K., in France, in Belgium, other European countries and around the world have rallied to the cause.

The twin evils of enslavement of Africans and colonialism are being re-examined. At the core of these two genocidal crimes and crimes against humanity is racism, the ideological construct of both systems predicated on European superiority, domination and exploitation.

Protesters in the past, as now, have gone after the symbols and monuments of the enslavement era, brutal colonization, and the Confederacy.

Removing the Confederate symbols is easy to justify to a large segment of the population since they were, and are, viewed as traitors who fought against the United States of America. Focusing on their treason unites broad consensus on removing the symbols–correctly–yet, also conveniently skirts the issue of racism.

This generation of protestors however has gone beyond the symbols of the Confederacy associated with the Civil War. They are targeting the root of the racism that pervades society, namely institutional slavery and its legacy. They have targeted even revered figures such as George Washington, the Father of the Nation, exposing him for what he was–an enslaver of African descendants.

We are witnessing a cultural and political revolution in progress everywhere. Locally, in my own neighborhood, it is encouraging to see White owned small businesses in Park Slope displaying a picture of George Floyd with the caption “Time to Change.”

News that the Museum of Natural History is to remove the statue of the “progressive” environmentalist President Theodore Roosevelt may come as a surprise to many but I remember how I cringed when I first saw it 40 years ago. He’s shown on horseback with a native American and a Black man below him on either side. My first impresion was: Wow, how can they display such an offensive thing?

Theodore Roosevelt (TR), it turns out, is known to have harbored White supremacist views. In a speech to a Republican Club in New York on Feb. 13, 1905 he claimed “the White citizenry bore the burden of preserving the high civilization wrought out by its forefathers. ”

Poor TR, saddled with the White Man’s burden! He was also a believer in eugenics which some say gave the Nazis the idea of creating a society of the pure Aryan master-race.

In the U.K., demonstrators brought down the statue of Edward Colton the biggest trader in enslaved Africans who during his era was honored as a “philanthropists.” The demonstrators also demanded the removal of statues of Robert Baden- Powel, founder of the Boy Scouts, an organization meant to indoctrinate the young on the values of British imperialism.

Other celebrated figures of the British Empire that were targeted were Cecil Rhodes at Oxford, and Winston Churchill, the last of the flag bearers of a dying empire. Churchill’s racist views are perhaps best exemplified by what he said at the Palestine Royal Commission better known as the Peel Commission that was established to examine the 1936 Arab Revolt in the British Mandate of Palestine.

Spoken like a true White supremacist defender of colonialism and British imperialism.

In Italy, during the current protests, Irdo Montanelli’s statue was targeted by students. He is an eminent journalist who has been elevated to the status of a national treasure. His past however reveals that he was a fascist conscript in Mussolini’s army that invaded Ethiopia and is said to have “purchased,” or, as he puts it, “leased” a 12-year-old Eritrean girl for a wife. Protesters called him a rapist and a fascist murderer.

The City of Antwerp burned down King Leopold’s statue and the University of Pons is removing his bust. Leopold’s avarice is responsible for the extermination of an estimated 5 million (some estimates go as high as 15 to 20 million) African lives in the Congo. His agents tortured, brutalized and maimed hundreds of thousands of Congolese, cutting off limbs, noses, tongues and ears of those who did not cooperate or did not meet assigned quotas of rubber collection.

Leopold was an embarrassment even to his fellow leading European colonizers, France and Britain. (Adam Hochschild’s “Leopold’s Ghosts,” chronicles some of the atrocities; read also Joseph Conrad’s Heart of Darkness). This was mass murder of unprecedented scale, the first and perhaps the worst genocide in history in one country. Belgium has yet to come clean and make appropriate amends to the Congolese people.

Here in the U.S. demands have gone beyond the traditional ones to remove the statues of Robert E. Lee and Jefferson Davis. The list now–in addition to Washington–includes former U.S. presidents James Madison, Andrew Jackson, Andrew Johnson and others from the ante bellum and post reconstruction period who are coming under close scrutiny.

I now return to Christopher Columbus. Monuments dedicated to Columbus are targeted for remival in several states, including New York where Columbus Day, as offensive as it is to many of us, is a State and City holiday.

Governor Cuomo attracted national and international attention for his cool handling of the corona virus pandemic through effective communication when New York was the epicenter.

He is however a complete failure so far in addressing the calls for the removal of the massive statue of Columbus dominating Columbus Circle in New York City.

In defending the statue, he offers a contorted argument saying that he knows there are “some of his acts which nobody would support” but justifies the statue as “a symbol of Italian American legacy.”

Really Governor? Didn’t Southerners who yearn for the “good old days” use similar arguments about “legacy” to justify their reactionary positions?
Let’s examine the “legacy.”

On landing in the Bahamas, Columbus wrote this about the Arawak: “With fifty men we can subjugate them all and make them do whatever we want.” On his return trip in 1495 in search of gold and people to enslave, he rounded up 1,500 Arawak men, women and children, put them in pens, selecting those he considered most suitable for enslavement
and shipped them to Spain. Along the way, 200 died.

A young priest, Bartolome de las Casas, who participated in the conquest of Cuba writes “our work was to exacerbate, ravage, kill, mangle and destroy…” Columbus later wrote: “Let us in the name of the Holy Trinity go on sending all the slaves that can be sold.” He is perhaps the first trader of enslaved people on a commercial scale.

History also documents that he was in the employ of the Spanish monarchs Isabella and Ferdinand best known for the ethnic cleansing of their day, expelling Jews and Muslims from Spain or forcing them to convert to Catholicism. Isabella also established the Holy Office of the Inquisition at the urging of the Church to punish converts who were suspected of practicing their religion secretly. Punishment included death by burning. This punishment was also extended to Catholics accused of violating Catholic orthodoxy. One might say servant and master, Columbus and Isabella, were kindred spirit.
Is this the man Governor Cuomo insists retain the honor given his actual not imagined legacy?

Far be it for me to say who to celebrate, but there are scores of Italian luminaries from all walks of life who could be held up as icons of Italian heritage. A few names come to mind: Garibaldi, Marconi, Alberto Moravia, Primo Levi, Toscanini, and Pavarotti.

Honesty must drive the ongoing conversations about racism, and the demands and actions for change. We cannot be selective in our repudiation of racism and its legacy.

It is an evil ideology that was used to justify greed, profits and exploitation. It spurred genocide of indigenous peoples in Africa and the New World by so called “discoverers,” followed by the institutionalization of enslavement and colonialism.

The removal of the symbols and monuments are important steps in understanding the genesis and perpetuation of racism.

So Governor Cuomo, “Tear Down that Statue!”

Mohammed A. Nurhussein MD, is a retired physician and professor emeritus of Medicine at Downstate Medical Center.