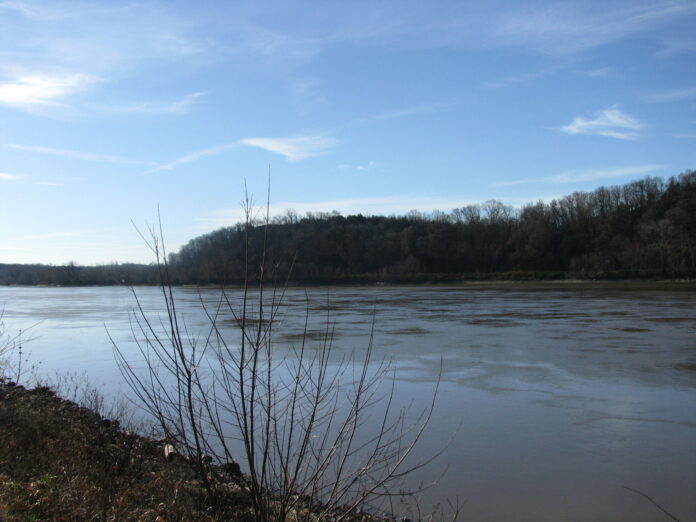 Queer sexuality has only recently emerged as a topic of interest in African studies, and religion is often thought of as antonymous to queerness. Therefore, the journal Africa featuring a book reviews debate about exactly these two topics in this symposium is an important recognition of their significance for the study of African subjectivities and socio-cultural formations more broadly.

I am grateful to the journal editors for their initiative in putting this symposium together, and to the contributors, Babere Kerata Chacha, Melanie Judge and Kwame Edwin Otu, for their generous appraisal of, and meaningful engagement with, my book Kenyan, Christian, Queer. The rich responses from my interlocutors offer an abundance of food for thought. Unable to respond to all the issues raised, I will group their comments, and organize my response to them, around three areas: methodology, concepts and politics.

Methodologically, Kenyan, Christian, Queer is characterized by a commitment to interdisciplinarity – or, better, transdisciplinarity. As Chacha observes, this allowed me to bring together a rather diverse set of data and material – ranging from literary texts, life stories and sermons to music, video and social media. The creative arts of resistance deployed by the Kenyan queer subjects at the heart of the book are complex and manifold, and so are the situated knowledges embedded in them. This required, in Otu’s words, a ‘methodological canvass’ that may appear to some readers as eclectic but that I consider to be fundamentally queer as it combines methods ‘that are often cast as being at odds with each other’ and as it ‘refuses the academic compulsion towards disciplinary coherence’. Rather than striving for disciplinary coherence,[1] I was committed to foregrounding, in Judge’s words, the ‘embodied experiences of Kenyan LGBTI people as active subjects’ in Christian and queer worldmaking. At the same time, I sought to acknowledge how, in the process of researching and writing this book, the embodied experiences of my participants became intricately enmeshed with my own. Again, this was inspired by a queer spirit of resisting academic traditions of disembodied scholarship and extractive ethnography. Thus, recognizing the situated knowledges of my participants also entailed recognizing the situated-ness of my own knowledge of the research subject(s), and embracing this as a key methodological principle by situating myself ‘directly in the hot mess of queer life “in the field”’ (Judge) and making my ‘personal presence palpably felt’ in the book (Otu). My interlocutors welcome this decision, describing it as ‘fresh and commendable’ (Judge) and as ‘bold’ and ‘courageous’ (Chacha), while acknowledging the risks involved and the vulnerability required. Yet, Out also points at ‘a great sense of unease’, which seems to refer to my efforts at embedding myself in the project, but which may also refer to his experience of reading the fruits of this labour. Judge calls for ‘further reflection on whether the over- (or under-)presence of the embodied researcher/writer can ever be remedied’. Is the subtext here that Kenyan, Christian, Queer suffers from an ‘over-presence’ of the embodied researcher? Does the book share embodied knowledges that are too intimate, or uncomfortable? In any case, I agree that it is important to recognize and reflect on how the researcher’s body does not fit – exactly for that reason, the book includes auto-ethnographic interludes about my body being subjected to deliverance by a Pentecostal prophetess, and being desired by a research participant in a situation where I did not welcome this.

These interludes come alongside other confessions about embodied intimacies and solidarities, thus reflecting the paradox of dis/comfort that is inherent to the complex ways in which the embodied ethnographer navigates the messiness of ‘the field’.

The three interlocutors applaud the ways in which the book brings together the three key terms of its title and explores the complex relationships between them. Given how these categories have been politicized, and how queerness has been criminalized and tabooed, Chacha suggests that it is ‘controversial’ to think of them together; likewise, Otu points out that the intersections between Africanness, religion and queerness are ‘vexatious’, and examining this complexity is both timely and ‘[i]ntellectually, theologically and ethnographically valuable’. Yet the discussants also invite me to further reflect conceptually and theoretically on the ways in which these terms are interrelated. Otu puts forward two concepts: ‘frottage’ (coined by Keguro Macharia)[2] and ‘dis-identification’ (developed by José Esteban Muñoz).[3] Both concepts, although originating from different contexts and having different meanings, can be helpful to theorize what Judge describes as the ‘unsettled’ linking of the terms ‘Kenyan’, ‘Christian’ and ‘Queer’, and the unstable, contingent signifiers of these words. Macharia uses the concept of frottage to picture the often violent pressings and rubbings of blackness and queerness. Capturing both the aesthetic and the libidinal, frottage ‘gestures to the creative ways the sexual can be used to imagine and create worlds’.[4] Applied to Kenyan, Christian and queer arts of resistance, frottage connotes that the intersections between these three categories, and the situated and embodied knowledges emerging from them, are not just overlaps but are points of friction, or ‘affective conflicts’, that do, however, open up productive world-making possibilities. Dis-identification, for Muñoz, ‘is about recycling and rethinking encoded meaning’; this is a process with both a critical edge – exposing ‘the encoded message’s universalizing and exclusionary machination’ – and a constructive edge – redirecting ‘its workings to account for, include, and empower minority identities and identifications’.[5] These facets of dis-identification are reminiscent of the keywords ‘critique’, ‘appropriation’ and ‘transformation’ that I deploy to analyse Kenyan, Christian, queer arts of resistance.

Both ‘frottage’ and ‘dis-identification’ acknowledge the multiplicity of Kenyan, Christian and queer world-making, which is clearly reflected in the various case studies presented in the book. Judge asks whether ‘an adherence to religious belief [is] a prerequisite for mobilizing Christian discourses in liberatory ways?’ The chapter about the late Kenyan gay writer Binyavanga Wainaina, who no longer identified as Christian, demonstrates that this is not the case. My argument about Wainaina as a queer prophet is not that he is an ‘authority on theology’, as Chacha apparently has read it and with which he takes issue. My point is that his performance somehow mirrored, or mimicked, that of Pentecostal prophets in Kenya, and also that he explicitly engaged in religious thought, invoking black progressive Christian traditions without necessarily identifying with them (dis-identification avant la lettre). His art of resistance is very different from the Cosmopolitan Affirming Church, one of the other case studies, which is a community of LGBT Christians in Nairobi that aims to present and promote an alternative understanding and expression of faith. The book’s four case studies thus foreground multiple modes of Kenyan, Christian and queer world-making; they also highlight the frictions that exist between them, while acknowledging that, in each case, religion provides a rich array of symbols, narratives and ideas that allow for (re)imagining and (re)creating life worlds.

The productive possibilities opened up through Kenyan, Christian and queer world-making have profound political implications. As Otu comments, ‘[q]ueer politics in Africa is a thorny, undulating project’, and Chacha suggests that this is particularly the case in the church, given its overall investment in a heteronormative and homophobic culture. My book was inspired by the understanding, poignantly captured by Achille Mbembe, that ‘struggle as a praxis of liberation has always drawn part of its imaginary resources from Christianity’.[6] Thus, the book examines the various ways in which Kenyan queer subjects strategically deploy these resources as part of their creative arts of resistance. Although Judge recognizes the value of this, she also expresses some reservations about its transformative potential. She rightly points out that religion does not necessarily become liberatory when it is appropriated by LGBT folk. As much as queer politics centres around the recognition of the intersectionality of inequalities and injustices, when put into practice it often appears that some inequalities are prioritized over others, while some injustices are implicitly or explicitly reinforced. This applies to the Kenyan activists featured in my book as much as to LGBT activists and communities in other parts of the world. The case studies allude to the manifestations of this problem, specifically in relation to issues of gender, class and ethnicity that hamper Kenyan society more broadly, and also affect LGBT communities. Yet, indeed, the book’s primary focus is on the way in which an intersectional approach is emerging – an approach that, importantly, does not exclude religion as a relevant category but actively engages it, thus highlighting the centrality of religion in a de-colonial and post-secular queer politics.

One of my research participants, in a message quoted in the book, instructed me as follows: ‘Don’t tell only the struggles but also share with people our achievements so far, our courage, our potential, and how we want to transform society in different fields.’ This message captures that Kenyan Christian queer world-making is an ongoing process, defined by struggle as well as some degree of success. Capturing the art and spirituality of resistance and persistence underlying and driving this process, I hope to have done justice to the above instruction.

Amidst pandemic, rule of law deteriorates in over half the world

Liberia ranked 110 out of 139 countries on rule of law, dropping four positions