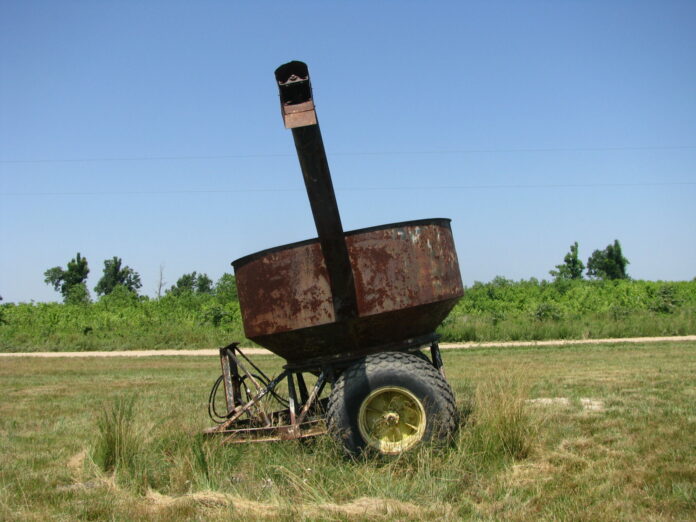 Jair Ramirez remembers how his mother pointed out places in Pilsen where the late Mexican singer Joan Sebastian once sang before his musical career took off.

Besides his mother, Ramirez, 18, hadn’t heard anyone else talk about the famed singer’s ties to Chicago.

“He would play at a taqueria by Harrison Park, and that’s where he worked at,” Ramirez said. “It was surprising to me because I have friends who have died at that park, and for them not to know that somebody that looked like them actually made it out from these same struggles and they don’t know about that.”

Ramirez is among a group of students with ties to Instituto Justice and Leadership Academy who a year ago started pushing for the Chicago History Museum to include exhibits about Chicago’s Latino communities.

The student-led efforts were spurred by a field trip to the museum, where they realized there wasn’t any information about Latinos.

A year later, the students have formed an advisory committee and plan to work with the Chicago Teachers Union to reach out to other students across the city to get their input on what should be included in the exhibit, said Anton Miglietta, who teaches history at the academy. The committee is also organizing a youth conference for next spring where students will be able to talk about their research.

It could take at least three years before the temporary exhibit is opened, said Brittany Hutchinson, an assistant curator at the museum. The museum also plans to create programming and establish partnerships with the Latino community that go beyond the exhibit, she said.

“We are wanting to ensure there is an ongoing relationship, an ongoing focus on continuing this work,” Hutchinson said.

The goal of the project is also to build a collection within the museum on Latino history, Hutchinson said. She described her approach as decolonizing the curatorial process by making sure the Latino community and the students have input along the way.

She plans to meet with the advisory committee Thursday to provide updates on the project but also to create transparency about the exhibit.

Though the project is still in its early stages, Ramirez, who graduated this summer but plans to stay involved, wants the exhibit to include details about Latino popular culture like the history of Sebastian in Chicago. Samira Rivera, a senior at the academy, wants the exhibit to include the stories behind the bright, colorful murals that have dotted Latino neighborhoods.

Nicole Marroquin, a Chicago-based artist working with the students, has done extensive research on the community activism that led to the creation of Benito Juarez Community Academy in Pilsen. She wants history from the Latino neighborhoods to not only be told in the exhibit but also preserved.

“People are getting older, there is no time to waste,” Marroquin said. “There are brilliant stories out there.”

The students aren’t the only ones pushing for the history of Latinos to be told in museums.

The gallery will include the history of the Young Lords, a street gang formed in Chicago that transformed into a Puerto Rican political organization, said Eduardo Díaz, the director of the Smithsonian Latino Center. He said Latinos’ contributions throughout history should be integrated into every museum. The center has pushed for Latino curators to work at museums.

Díaz would like to see the students’ efforts as the impetus of the Chicago History Museum building up the archive to be equipped to tell the stories of Latinos in Chicago.

While Chicago is home to culturally specific institutions, like the National Museum of Mexican Art and the National Museum of Puerto Rican Arts & Culture, other museums in the city haven’t focused on the Latino communities, said Therese Quinn, the director of museum and exhibition studies at the University of Illinois at Chicago.

Quinn attributes the lack of Latino exhibitions to racism and white supremacy, which is part of a larger problem within the museum industry, she said. Many museum employees are white, and academic programs for those seeking to go into the field are predominantly white, Quinn said.

“It’s a systemic problem,” Quinn said. “Museums need to get serious about solving the problem.”

Though an artist by profession, Marroquin has become a historian on the Latino communities in Chicago by doing interviews, digging up photos and looking through newspaper archives. She’s chronicled some of her findings online.

She is worried three years isn’t enough time to collect the materials and stories for the exhibit because it will have to cover so many decades.

“There’s been a lot of lost time,” Marroquin said. “And the erasure and the invisibility of Latinx history, the result is there is a lot of people in the general public (who haven’t) learned about this.”

Rivera, 17, said she felt invisible when she first visited the Chicago History Museum as part of the field trip.

Rivera said she initially felt intimidated in discussions with the Chicago History Museum. But over the past year, she said she has grown more confident in speaking up. Princeton University awarded her a prize in race relations for her role in getting the museum to agree to the exhibit.

Rivera remains part of the committee and wants to get students from other schools involved in the project.

“You don’t really see the youth working on history and Latinx history,” Rivera said. “I feel like it’s really empowering if it’s a bunch of people fighting for one thing that we want.”

Elvia Malagón’s reporting on social justice and income inequality is made possible by a grant from The Chicago Community Trust.

Violence leaves over 300,000 ‘completely reliant’ on assistance in northern Mozambique...

‘She Was an Inspiration to Millions’: Jewish Groups Pay Tribute to...

Multilateral cooperation: The ILO and UN: The case for multilateralism

The Strategic Benefits to the US and Israel of Offering F-35s...