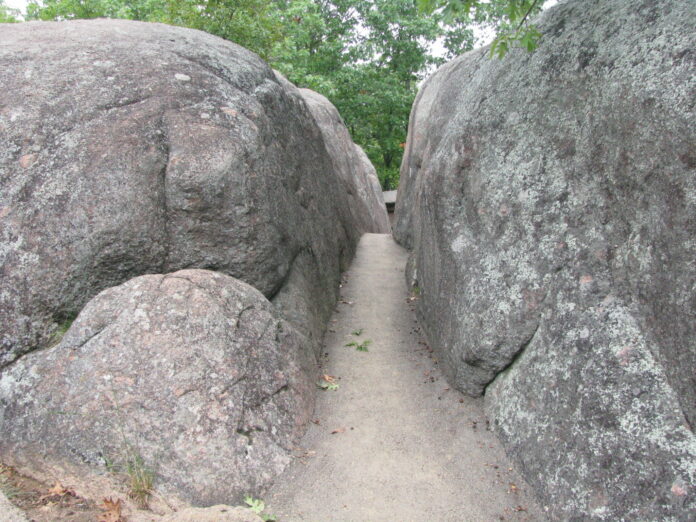 Louisiana residents, already plagued by environment racism in “Cancer Alley,” now have to contend with the proposed “Sunshine Project”  which would be a massive plastic-making plant.

Shut up and let corporate America — and also, for that matter, corporate Taiwan — get on with its business. We have ethane to crack and plastic to produce. We dare not let America run out of shopping bags!

This is the message the activists of Louisiana’s “Cancer Alley” — a heavily industrialized, 85-mile strip of land along the Mississippi River, between New Orleans and Baton Rouge — have gotten from the local powers that be regarding their determination to prevent the construction a gigantic, highly toxic, 14-plant plastics-production complex in their midst.

The plant would be built by Formosa Plastics, a Taiwanese company, in St. James Parish, one of the Louisiana River Parishes, a low-income, primarily Black community that already has far more than its share of industrial pollution. Hence the name: Cancer Alley. The proposed facility, which Formosa calls the Sunshine Project (named after a local bridge), would be one of the largest plastics plants in the world. It has been given both state and local approval — after all, it represents an investment of $9.4 billion — so it’s up to the residents to fight back on their own to save their community.

This has been the work of a group of local residents called RISE St. James, which has been pushing back against the project with the help of various environmental organizations, including the Center for Biological Diversity, which filed a federal lawsuit against Formosa Plastics and has managed to put a temporary halt on construction.

According to the Center: “The permit allows Formosa to release thousands of tons of toxic air pollutants every year, more than doubling the air pollution for all industrial facilities in an area already known as ‘Cancer Alley’ because of health problems related to industrial pollution. Formosa could also emit up to 13 million tons of greenhouse gases annually, the equivalent of three coal-fired power plants.”

The project would double the amount of toxic air emissions in St. James Parish and more than triple the levels of cancer-causing chemicals in the region, the Center points out, noting: “Among the pollutants the Formosa Plastics complex would emit are ethylene oxide, benzene and formaldehyde — all known carcinogens.”

The plant would be built about a mile from a local elementary school. And, complicating the horror of this proposal, part of the land it would occupy is the site of an old cemetery — for slaves, who labored on a nearby plantation. And the irony doesn’t stop there.

As change.org points out, while Formosa Plastics enticingly claims that the new plant will create thousands of jobs, the company plans to build dormitories to house out-of-state workers. Thus: “It is obvious that St. James residents will get the pollution, but not the jobs.”

And finally, in the realm of irony: The country of Taiwan has tightened regulations on petrochemical companies, according to Bloomberg News, forcing Formosa Plastics to look elsewhere to satisfy its expansion needs. The company chairman has said his company can save a lot of money “by investing in Texas and Louisiana rather than at home. A ton of ethylene costs $300 to make in the U.S., about a third of the cost in Taiwan. And officials are more amenable in the U.S. . . . ‘In Taiwan the government treats petrochemical investment as a polluting industry and stigmatizes us.’”

Local activist Anne Rolfes put it this way: “They are looking at us as a colony.”

And all this is just one aspect of the fossil fuel industry’s enormous “plastic pivot,” as the New York Times put it. The industry, fearing a steep decline in demand for fossil fuels because of the nuisance of climate change, sees the production of plastic, out of its enormous fossil fuel reserve, as its future, even if, in fact, it hastens the destruction of everyone’s future.

“Formosa’s project is part of the industry’s plan to steeply increase U.S. plastic production over the next decade,” according to the Center for Biological Diversity. “More than 300 new petrochemical industry projects have been proposed since 2010, most of them in poor communities and communities of color along the Gulf Coast and in Appalachia.”

And producing plastic causes environmental hell at both ends of the process: The air and water permit, which the state of Louisiana granted to Formosa, is “a poisoning permit,” as RISE St. James founder Sharon Lavigne told me. And on the post-production side of the issue, plastic . . . ahem, never goes away. Plastic residue — our millions of tons of primarily single-use plastic — along with microplastics, or nurdles, the tiny pellets used to make plastic products, are choking and killing our rivers, lakes and oceans.

For instance: “Formosa’s proposal will create more unneeded plastic, which is the most common type of marine pollution. Unless we stop building plants like the proposed Formosa project, plastic is expected to outweigh all the fish in the world’s oceans by 2050,” as change.org points out.

But those who speak up about this are the ones who get in trouble. Rolfes and her fellow activist, Kate McIntosh, were arrested several months ago after they left a box of nurdles, gathered from the Texas coast, at the home of an oil and gas lobbyist in Baton Rouge. The gathering of the microplastic pellets was part of an awareness-raising event held last December called “Nurdlefest.”

And Lavigne was also threatened with arrest when she laid flowers on the slaves’ cemetery grounds that Formosa intends to dig up. She vowed she would not be silenced.

This is life in Cancer Alley these days.

WhatsApp Business set to revolutionize the online business landscape with these...