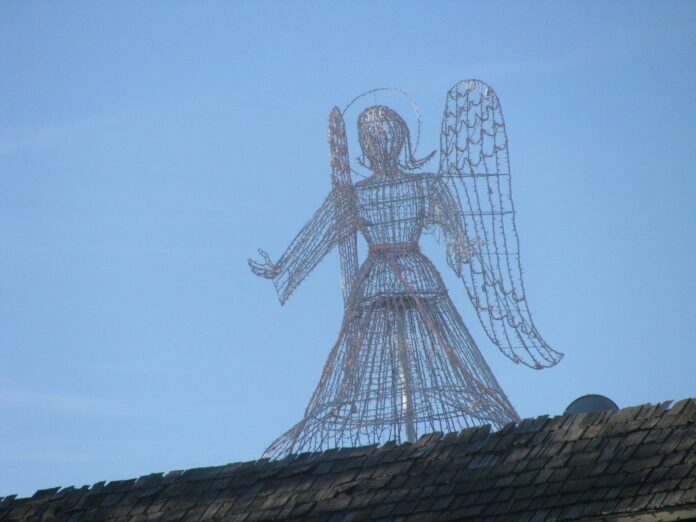 It was very special to be joined by my children to light the world’s largest menorah celebrating Hanukkah this week. The menorah is 32 feet tall, 28 feet wide and is located on 59th Street in Manhattan, outside the Plaza Hotel, in front of Central Park. The NYC tradition is part of the worldwide Hanukkah campaign which started in 1973 by the Rebbe — Rabbi Menachem M. Schneerson, the most influential rabbi in modern history.

For me to light this symbol of Jewish pride in the center of my city is something I am very proud of, particularly as the grandson of Holocaust survivors.

Facing the Plaza Hotel, in front of the Apple and Dior stores in front of Central Park, we gathered. Rabbi Butman of the Chabad Lubavitch Youth Organization put us on a cherry picker which takes you high in the sky. Once there, we said prayers and lit the menorah.

As I said at the event, Hanukkah symbolizes so much I believe in: the importance of belief in G-d, the importance of having values, commitment to ones’ belief system, doing good deeds. Lighting the menorah in the center of the city I was born and raised in was so meaningful for me, as a proud Jew in New York City.

The menorah worldwide program creates awareness — it shares the light and message of Hanukkah worldwide.

“The symbol of light is universal for all people on earth, Jews and non-Jews,” the Rebbe wrote to President Jimmy Carter, thanking him for his participation in the menorah lighting ceremony outside of the White House in 1980. “The intrinsic power of light, in that even a small light dispels a lot of darkness, is surely a source of inspiration to all men of good will with its eternal message of the eventual triumph of all that is good and bright in human life.”

Special thanks to Rabbi Butman, and my friend, Rabbi Motti Seligson, the PR guru for Chabad worldwide. The Jewish people live — Am Israel Chai.

What a special memory.

Source of original article: Ronn Torossian / Opinion – Algemeiner.com (www.algemeiner.com).
The content of this article does not necessarily reflect the views or opinion of Global Diaspora News (www.GlobalDiasporaNews.com).

How the West’s Appeasement Mentality Brings Not Peace, But War

About the Attack in the Synagogue in Texas…

A Failure to Explain Iran’s Threats to Israel

Defending Anti-Jewish Hate and Calling for Violence at USC

The New York Times ‘Gets’ It Wrong Again