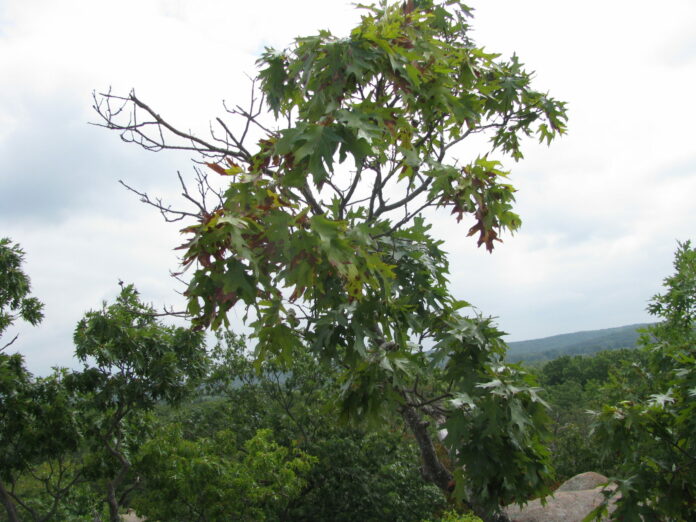 State witness Baba Boakai has shunned a letter read to him by defense lawyers suggesting that Justice Minister Cllr. Frank Musa Dean told Crane Currency that it acted in good faith throughout the execution of the two banknotes printing orders for the Central Bank of Liberia (CBL) in 2016 and 2017.

During cross examination Tuesday, 30 June at Criminal Court “C”, the Liberia Anti – Corruption Commission (LACC’s) Program Manager in the Enforcement and Investigations Division told the defense team that “the instrument just read by the counsel was never a document that I came across or analyzed and that I cannot speak to it.”

Additionally, witness Boakai argues that “the Government of the Republic of Liberia has the prerogative to drop charges or indictment against anyone that it [had] previously charged or indicted.”

Boakai’s response was based on questions posed to him by the defense after Cllr. Abrahim Sillah read a communication in which he suggests that on 10 January this year, Justice Minister Dean issued a statement favoring Crane Currency, saying every banknote manufactured by Crane was delivered and accepted by the CBL.

In that communication, Cllr. Sillah says Minister Dean indicated that Crane was paid the current amount for the banknotes delivered, adding that as a result of the conclusion of investigation, government confirmed that it had dismissed its indictment against Crane Currency and no legal action would be brought against it.

The defense lawyer brought about this communication after witness Boakai testified Tuesday that Crane Currency and the CBL printed far above the contracts’ terms and conditions and without the CBL making full disclosure to the Government of Liberia through the Legislature as to the actual amount printed and shipped to Liberia.

Mr. Boakai confirmed his previous testimony that Crane Currency conspired and colluded to print excess of LD$2,645,000,000 and concealed the actual amount that was printed in respect of the printing of the LD$10 billion.

Regarding the Justice Minister’s communication of January 2020, Boakai says as a witness he testified to instruments that he reviewed and analyzed and made reference to in his final report of an investigation that he was part of, detailing earlier that the final report of is dated February 2019.

In his testimony Monday, 29 June, Mr. Boakai said there is no further justification provided [by] former Central Bank of Liberia (CBL) Executive Governor Milton A. Weeks for printing excess LD$2,645,000,000, saying the accused used his authority to get a board resolution to legalize an action he already took.
“The investigation further found that from analyses of documents received, that the CBL and that of Crane Currency [were] also in violation of the very contract that they signed,” he testified Monday, 29 June at Criminal Court “C” in Monrovia.

Mr. Boakai testified that defendant Weeks used his authority in dual capacity in assembling the Board of Governors in September 2017 to come up with a board resolution to legalize and perfect an action he took as far back as June 2017. He testified further that no authorization was given by the Liberian Legislature for the printing of LD$10 billion, unlike the case of an initial LD$5 billion earlier printed following signing of a contract on 6 May 2016, shipped to Liberia, received by CBL “and duly accounted for.”

Former Governor Weeks and three other former CBL officials are standing trial for multiple charges including theft and economic sabotage of billions of Liberian dollars printed and shipped to Liberia, following a series of mass protests that prompted local and international investigation into claims that the money went missing.

The prosecution is holding to account four defendants in the case including Mr. Weeks who has been in all of the previous indictments for this case, and the new batch of indictees in persons of David Fahart, Elsie DossenBardio and Kollie Tamba.

The fifth defendant Melisa A. Emeh is said to be out of the bailiwick of Liberia and has not been brought to court, therefore the court has granted prosecution’s request to grant her a separate trial so as to enable the four other defendants that are available to get speedy trial.

All the defendants on trial have pleaded not guilty for charges of theft of property; economic sabotage; fraud on the internal revenue of Liberia; misuse of public money, property or record; theft or illegal disbursement of public money; criminal conspiracy and criminal facilitation. According to witness Boakai, the total Liberian Dollars printed, shipped and received by CBL authority for the purpose of LD$10 billion was LD$13,004,750,000.

“Contrary to this, authority of the CBL informed the investigation that only 10,359,750,000.00 as the total amount that was printed and received by them,” he explains, adding that there was a variance of L$2,645,000,000 as the amount that is unaccounted for by defendant Weeks.

He testified that the investigation also found from analyses of payment documents that instead of the contract cost of US$10,121,689.00, the CBL paid the total of US$10,555,587.00 for the printing of the S$10 billion plus Liberian Dollars. According to him, this left a variance of US$433,898.00 as the amount that was paid in excess of the contract cost.

Witness Boakai continued that the printing of the banknotes far exceeded the [plus or minus] as required in standard printing procedure, indicating that there is no further justification provided [by] co-defendant Weeks in particular for the [excess] printed of the bank notes.

This third indictment in the case did not include former President Ellen Johnson – Sirleaf’s son Charles E. Sirleaf who served as Deputy CBL Governor for Operations when the financial scandal emerged at the bank, because he was nolleprosequi with prejudice last month. Besides Mr. Sirleaf, the prosecution here also entered a nolleprosequi (dropped charges) in favor of defendants Richard H. Walker, Dorbor M. Hagba and Joseph Dennis.

The government here indicted the officials in 2019 for their alleged roles in the misapplication of billions of Liberian Dollars printed and shipped to Liberia to replace old local currency after a series of mass protests led local and international institutions to investigate a claim that the money had gone missing. The indictment alleges that the defendants conspired to willfully conceal the actual amount in circulation for the purpose of committing theft, depriving the Government of Liberia of its resources.