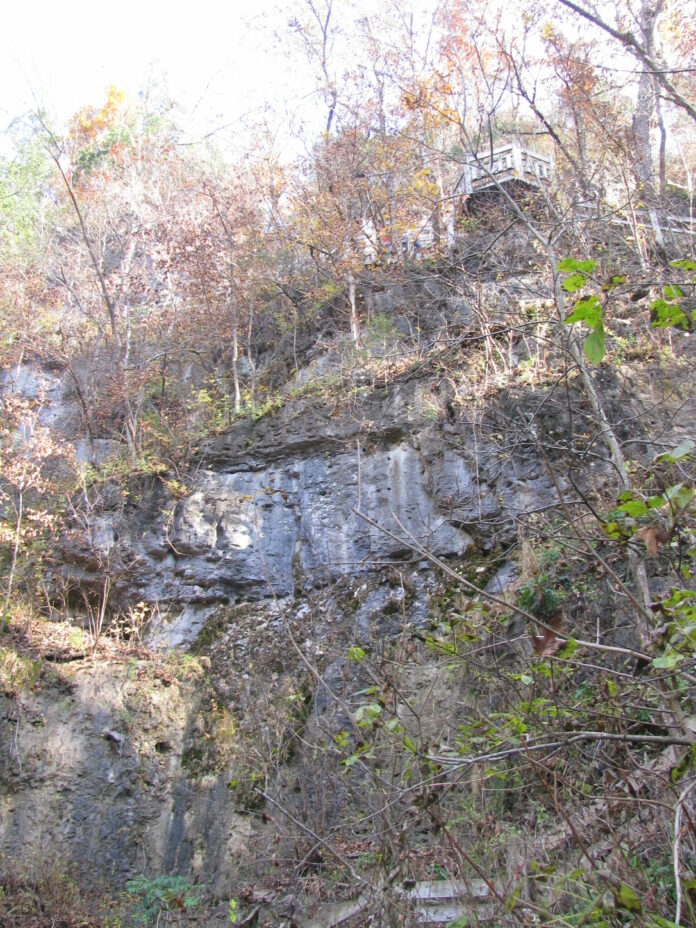 A global monkeypox outbreak began in 2022.

Public health efforts should prioritize gay, bisexual, and other men who have sex with men, who are currently disproportionately affected, for prevention and testing, address equity, and minimize stigma, while maintaining vigilance for transmission in other populations. Clinicians should test persons with rash consistent with monkeypox, regardless of whether the rash is disseminated or was preceded by prodrome

Monkeypox, a zoonotic infection caused by an orthopoxvirus, is endemic in parts of Africa. On August 4, 2022, the U.S. Department of Health and Human Services declared the U.S. monkeypox outbreak, which began on May 17, to be a public health emergency (1,2). After detection of the first U.S. monkeypox case), CDC and health departments implemented enhanced monkeypox case detection and reporting. Among 2,891 cases reported in the United States through July 22 by 43 states, Puerto Rico, and the District of Columbia (DC), CDC received case report forms for 1,195 (41%) cases by July 27. Among these, 99% of cases were among men; among men with available information, 94% reported male-to-male sexual or close intimate contact during the 3 weeks before symptom onset. Among the 88% of cases with available data, 41% were among non-Hispanic White (White) persons, 28% among Hispanic or Latino (Hispanic) persons, and 26% among non-Hispanic Black or African American (Black) persons. Forty-two percent of persons with monkeypox with available data did not report the typical prodrome as their first symptom, and 46% reported one or more genital lesions during their illness; 41% had HIV infection. Data suggest that widespread community transmission of monkeypox has disproportionately affected gay, bisexual, and other men who have sex with men and racial and ethnic minority groups. Compared with historical reports of monkeypox in areas with endemic disease, currently reported outbreak-associated cases are less likely to have a prodrome and more likely to have genital involvement. CDC and other federal, state, and local agencies have implemented response efforts to expand testing, treatment, and vaccination. Public health efforts should prioritize gay, bisexual, and other men who have sex with men, who are currently disproportionately affected, for prevention and testing, while addressing equity, minimizing stigma, and maintaining vigilance for transmission in other populations. Clinicians should test patients with rash consistent with monkeypox,† regardless of whether the rash is disseminated or was preceded by prodrome. Likewise, although most cases to date have occurred among gay, bisexual, and other men who have sex with men, any patient with rash consistent with monkeypox should be considered for testing. CDC is continually evaluating new evidence and tailoring response strategies as information on changing case demographics, clinical characteristics, transmission, and vaccine effectiveness become available.§

On June 3, 2022, CDC released a case report form for health departments to report monkeypox cases. Data collected include possible exposures during the 3 weeks preceding symptom onset, symptoms during the illness course, and distribution of rash, defined as at least one lesion on the skin or mucous membranes. To describe epidemiologic and clinical characteristics, CDC analyzed case report form data for probable or confirmed cases¶ initially reported through July 22, 2022; to allow for reporting delay, data received through July 27 were included. Analyses were restricted to cases for which relevant data were available. This activity was reviewed by CDC and was conducted consistent with applicable federal law and CDC policy.**

The most frequently reported signs and symptoms included rash (100%), fever (63%), chills (59%), and lymphadenopathy (59%) (Table 2). Reported rectal symptoms included purulent or bloody stools (21%), rectal pain (22%), and rectal bleeding (10%). Among 291 persons with available information about their first symptoms, 58% reported at least one prodromal symptom††; for the 42% of patients without prodromal symptoms, illness began with a rash.

Among 334 persons with data available on HIV status, 136 (41%) had HIV infection. Among 954 persons with hospitalization data available, 77 (8%) patients were hospitalized because of their illness. No deaths were reported. Among 339 persons with vaccination status available, 48 (14%) reported previous receipt of smallpox vaccine, including 11 (23%) who received 1 of 2 JYNNEOS doses during the current outbreak, 11 (23%) who received pre-exposure prophylaxis at an unknown time before the current outbreak, and 26 (54%) who did not provide information about when vaccine was administered. Among the recently vaccinated persons with monkeypox, at least one experienced symptoms >3 weeks after their first JYNNEOS dose.

Current findings indicate that community transmission of monkeypox is widespread and is disproportionately affecting gay, bisexual, and other men who have sex with men; this is consistent with data reported from other countries (3). Public health efforts to slow monkeypox transmission among gay, bisexual, and other men who have sex with men require addressing challenges that include homophobia, stigma, and discrimination. Although the largest proportion of cases have occurred in White persons, Black and Hispanic persons, who represent approximately one third (34%) of the general population (4), accounted for more than one half (54%) of monkeypox cases in persons for whom information on race and ethnicity is available; further, the proportion of cases among Black persons has increased during recent weeks. Ensuring equity in approaches to monkeypox testing, treatment, and prevention is critical, and taking actions to minimize stigma related to monkeypox can reduce barriers to seeking care and prevention. The data presented in this report provide insights into early transmission; however, ongoing surveillance is essential to monitor future transmission trends and assess the impacts among different communities.

These data can guide clinical considerations for evaluating persons for monkeypox. Typically, monkeypox begins with a febrile prodrome, which might include malaise, chills, headache, or lymphadenopathy, followed by a disseminated rash that often includes the palms and soles (5). Although most cases in this report included these features, 42% of persons did not report prodromal symptoms, and 37% did not report fever by the time of interview. Genital rash, although reported in fewer than one half of cases, was common; 36% of persons developed rash in four or more body regions. Other recent reports describe similar clinical characteristics (6,7). Clinicians should be vigilant for patients with rash consistent with monkeypox, regardless of whether the rash is disseminated or was preceded by prodrome. Likewise, although most cases to date have occurred among gay, bisexual, and other men who have sex with men, any patient, regardless of sexual or gender identity, with rash consistent with monkeypox should be considered for testing because close physical contact with an infectious person or exposure to contaminated materials such as clothing or bedding can result in transmission.

A substantial proportion of monkeypox cases have been reported among persons with HIV infection, and efforts are underway to characterize monkeypox clinical outcomes among these persons. Recent reports have found that concurrent sexually transmitted infections were common in persons with monkeypox (3,7). Clinicians and health officials implementing monkeypox education, testing, and prevention efforts should also incorporate recommended interventions for other conditions occurring among gay and bisexual men, including HIV infection, sexually transmitted infections, substance use, and viral hepatitis§§ (8).

On May 23, 2022, CDC launched an emergency response for monkeypox. This response includes educating providers and the public, expanding laboratory testing, outlining prevention strategies, and promoting the use of medical countermeasures for treatment and postexposure prophylaxis. CDC is supporting state, tribal, local, and territorial health departments through guidance and technical assistance. Testing capacity was rapidly expanded through CDC’s Laboratory Response Network and commercial laboratories, with national capacity estimates of 80,000 tests per week by July 18.¶¶

Because of long-standing investments in medical countermeasures for potential smallpox events, licensed vaccines and therapeutics for monkeypox are held in the U.S. Department of Health and Human Services Strategic National Stockpile. A national vaccine strategy was developed to equitably expand vaccination in areas experiencing high numbers of monkeypox cases and contacts. Two vaccines are available in the United States.*** As of August 3, more than 1 million doses of JYNNEOS, a nonreplicating, live virus vaccine (https://www.fda.gov/media/131078/download) had been allocated to jurisdictions, and approximately 14,700 courses of oral tecovirimat (TPOXX) had been distributed to jurisdictions and providers.

The findings in this report are subject to at least three limitations. First, this analysis includes only 41% of U.S. monkeypox cases reported through July 22 and might not be representative of all cases. Jurisdictions with high numbers of cases without submitted case report forms were more racially and ethnically diverse according to U.S. Census Bureau data; therefore, persons from racial and ethnic minority groups might be more disproportionately affected than indicated by these data. Second, even on submitted case report forms, data for variables such as timing of vaccination, sexual behaviors, HIV status, reason for hospitalization, and whether cases were travel-associated were frequently missing; data might also not reflect symptoms or outcomes occurring after the interview. Finally, persons with monkeypox who have mild symptoms might be less likely to seek care or initiate testing and could be underrepresented in this analysis.

CDC is continually evaluating new evidence and tailoring response strategies as information on changing case demographics, clinical characteristics, transmission, and vaccine effectiveness become available. Public health efforts should prioritize gay, bisexual, and other men who have sex with men, who are currently disproportionately affected for prevention and testing, address equity, and minimize stigma, while maintaining vigilance for transmission in other populations. Clinicians should test persons with rash consistent with monkeypox, regardless of whether the rash is disseminated or was preceded by prodrome.

* Symptoms experienced up until the time of interview.
† Symptoms reported by persons with monkeypox as their first symptoms during their illness or the body location where rash first appeared.
§ Percentages calculated using nonmissing data.
¶ Rash includes at least one lesion affecting the skin or mucous membranes.

Summary of Guidance for Minimizing the Impact of COVID-19 on Individual Persons, Communities, and Health Care Systems – United States, August 2022