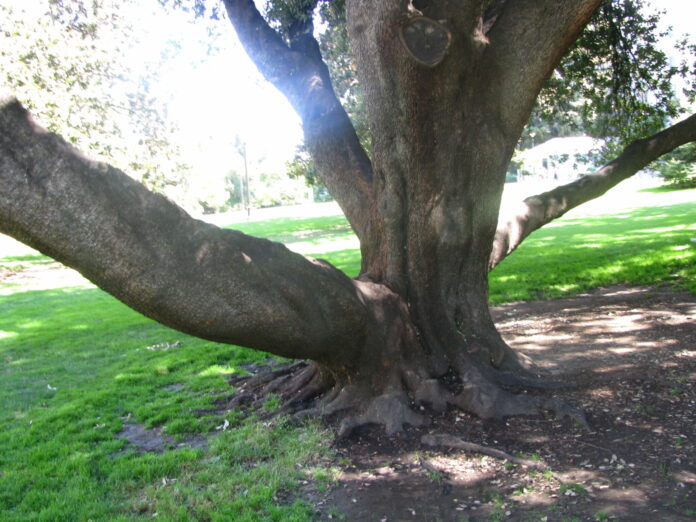 Germany’s federal chancellor has pulled out of a visit to a major contemporary art show in the city of Kassel in protest at the presence of crudely antisemitic images in a mural that was on display earlier this week.

A spokesperson for Chancellor Olaf Scholz confirmed on Thursday that the German leader had canceled a planned visit to the Documenta festival, which is staged in Kassel every five years. This year’s edition opened last weekend amid a storm of controversy over the support of its curators — an Indonesian artists’ collective called Ruangrupa — for the movement targeting the State of Israel with a comprehensive cultural and economic boycott.

The spokesperson said that Scholz had found the offending images in the mural by Tarang Padi, a separate group of Indonesian artists, “disgusting.”

The mural, titled “People’s Justice,” was first unveiled in 2002 to highlight the abuses of the Suharto dictatorship that ruled Indonesia with an iron fist from 1967 until 1998. However, alongside depictions of the military figures and bureaucrats who served Suharto are two antisemitic caricatures.

One image shows a man with a hooked nose and fanged teeth wearing sidelocks and a black hat traditionally associated with Orthodox Jews embossed with letters “SS” — a reference to the Nazi paramilitary organization. A second image in the same mural showed a soldier wearing a helmet shaped in the head of a pig and emblazoned with the word “Mossad,” Israel’s intelligence agency.

The mural was covered over on Monday night before being removed entirely from the exhibition on Tuesday. The spokesperson for Scholz said that the chancellor “considers it completely correct and appropriate to remove this poster.”

She added that Scholz “is a big fan of Documenta and has probably not missed a Documenta in the past 30 years. But he decided not to visit this year’s edition.”

The scandal over the mural, along with the broader concerns about antisemitism and the demonizing of Israel at the festival, has profoundly shaken Germany’s Jewish community.

“Rarely has the Jewish community in Germany been so upset,” the Jewish news outlet Jüdische Allgemeine declared in a special editorial feature. “No matter whom this newspaper has spoken to in the last few days — with Shoah survivors, artists, officials, journalists or ordinary community members — the dismay, the horror, even the shock among Jewish Germans is immense.”

The editorial went on to identify the individuals it insisted were responsible for the scandal. “The fact that Documenta is now making headlines worldwide with antisemitism scandals instead of subtle considerations of art is — in addition to Documenta boss Sabine Schormann, Hesse’s Minister of Art Angela Dorn and Kassel’s Mayor Christian Geselle — above all the responsibility of Minister of State for Culture Claudia Roth,” it argued.

The Central Council of German Jews, which had already called for Schormann’s resignation, said on Thursday that “Germany’s image in the world has already been damaged by this incident.” The organization is unlikely to have been mollified by a media interview Schormann gave on Wednesday, in which she admitted that “we didn’t keep our promise” to ensure that there was no antisemitic content visible at the festival. However, Schormann went on to claim that it was “not the task of the management to inspect and approve all works in advance” as this would “go against the spirit of Documenta.”

Schormann also praised what she called the “wonderfully stimulating, inviting atmosphere of this Documenta.”

Bijan Djir-Sarai, the general-secretary of the liberal FDP Party, told the Spiegel news outlet that the Documenta festival was obliged to “relentlessly clarify how this shameful incident could have occurred.”

“Anyone who approves of these inhumane failures should not be responsible for an internationally renowned cultural event in Germany,” he stated.

Similar sentiments were expressed by Felix Klein, the federal commissioner tasked with combating antisemitism, who criticized the festival earlier this week for not having “credibly dispelled” the concerns about antisemitism.

“Documenta lost a lot of trust in politics and the art scene,” Klein said on Thursday. He pointed out that this development “didn’t happen all of a sudden … the extent has grown continuously with the ongoing allegations of antisemitism since the beginning of the year.”

For her part, Culture Minister Roth said on Thursday that the German government wanted fundamental reform of the festival as a prerequisite for continued federal funding.

“The responsibilities between the management and the curators in particular, as well as the chairman of the supervisory board and the committees, must be clearly clarified and consequences must be drawn from this,” Roth wrote in a memo that was seen by the German dpa news agency.