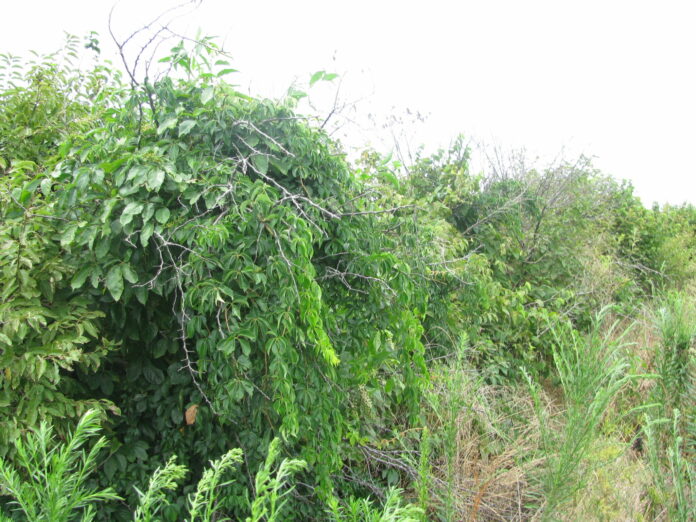 In the aftermath of George Floyd’s death in late May and the Black Lives Matter protests that followed in cities across the country, many classical music organizations have scrambled to hire diversity officers and develop inclusion and equity plans.

But rather than instituting major changes, the Chicago Sinfonietta is simply continuing to build on a three-decades history of anti-racism and anti-sexism. At least one-third of its musicians, staff and board are people of color, making it a notable outlier in the orchestral world.

“That is a huge difference when you look at us compared to any other organization,” said Blake-Anthony Johnson, who took over earlier this year as the ensemble’s chief executive officer.

“We feel like this has been our arena,” added music director Mei-Ann Chen, “and, now, we’re just coming to the forefront. Everybody is trying to really tackle: ‘How should our programming be diverse?’ And we’ve been doing it for so long.”

That diversity is once again at the forefront as the Sinfonietta begins its 33rd season, “Stories of the People,” with a prototypical program on Oct. 17 that features three composers and arrangers who are women and six who are people of color.

According to the Institute for Composer Diversity, the ensemble performed twice as many works by composers from underrepresented racial, ethnic and cultural groups — 58 percent — as any other American orchestra in 2019-20, and it ranked third in presentations of music by women.

Because of restrictions surrounding COVID-19, the first two programs of the Sinfonietta’s modified season will be presented on-line with smaller-scale works and reduced forces to accommodate capacity limits onstage. The Sinfonietta hopes to return to some sense of normalcy with an in-person closing concert on May 3, 2021.

The virtual concerts are expected to run 50-60 minutes, including introductions to the selections and transitional footage. “I think that might be just right in terms of our virtual audience,” Chen said, pointing to viewers’ more limited on-line attention spans.

While the size of the season has been pared back from five to three programs, the ensemble’s artistic ambitions remain as strong as ever. Each of the 2020-21 concerts will feature a world premiere by an African-American composer. “In this day and age, I can bet you that there are so few orchestras that are actually looking at commissioning, and that’s what make us unique,” Chen said.

The Oct. 17 concert, titled “COMMON GROUND: Collective Stories,” will showcase a new work by Kathryn Bostic, the Sinfonietta’s first-ever artist-in-residence — a two-year position conceived by Johnson. According to him, the post is meant to answer this question: “What does it look like when you have another artistic partner who can really connect some dots to not just what we do onstage but also what we do offstage in a different way?”

Bostic, who is best known for her award-winning work in film, television and theater, is big fan of the Sinfonietta because of its longtime mission to provide a platform for artists typically under-represented in the classical realm.

The ensemble was originally going to perform Bostic’s 2018 symphony written in honor of famed playwright August Wilson. When that became impossible because of Coronavirus constraints, Chen suggested Bostic write a work with the same musical forces used in the Oct. 17 opener: “Fanfare for the Common Man” — 13 players (one doubling bass drum and tam-tam).

The result is a four-minute work titled “Portrait of a Peaceful Warrior.” “It’s basically my tribute to the common ground we all experience as community,” Bostic said, “coming together especially in this time of chaos and turbulence. I wanted to write something that was hopeful, powerful and celebratory of the human spirit.”

Also featured will be a movement from the String Quartet of G major of Florence Price, who Chen said has become “trademark” composer of the Sinfonietta. The conductor discovered Price’s music when the Chicago Symphony Orchestra asked her to conduct the composer’s “Mississippi River” as part of its 2013 festival, “RIVERS: Nature. Power. Culture.”

In 1933, the Chicago Symphony Orchestra performed Price’s Symphony No. 1 in E minor, the first composition by an African-American woman to be presented by a major orchestra. She was largely forgotten after her death in 1953, but her music has made an extraordinary comeback in the last decade or so. Her idiomatic style draws on jazz, blues and aspects of African-American folk culture.

“It just makes sense,” Chen said, “given Sinfonietta’s commitment to championing musicians of color, that we need to bring this important composer back to our repertoire.”

Another indication of the Sinfonietta’s ambitions despite the coronavirus pandemic is the enlargement of its Project Inclusion, a nine-month fellowship project targeted at promising musicians, conductors and administrators from under-represented backgrounds.

The 2020-21 class of fellows will be the largest in the 13-year-history of the program, featuring 15 participants, including Antoine T. Clark, who will serve as assistant conductor. It will also include the first Project Inclusion Composing Freeman Fellow — Chicago-based Michelle Isaac, who will be mentored by Bostic.

“It’s such an exciting time,” Chen said. “When a lot of orchestras are going backwards, we’re actually going forward.”