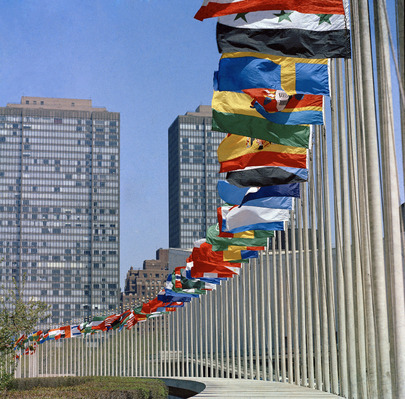 The UN chief was speaking in New York at an event to commemorate the 30th anniversary of the adoption of the Declaration on the Rights of Persons Belonging to National or Ethnic, Religious and Linguistic Minorities.

Countries are meeting on the sidelines of the General Assembly to critically assess progress of the landmark document.

Mr. Guterres was blunt in his evaluation of their efforts.

“We are not dealing with gaps – we are dealing with outright inaction and negligence in the protection of minority rights.”

They also have been stripped of their political and citizenship rights, and seen their cultures stifled, their languages suppressed, and their religious practices curtailed.

Additionally, more than three-quarters of the world’s stateless people belong to minorities, while the COVID-19 pandemic has revealed deep-rooted patterns of exclusion and discrimination disproportionally affecting their communities.

“Women from minority groups have often been the worst off – facing an escalation in gender-based violence, losing jobs in greater numbers, and benefiting the least from any fiscal stimulus,” he added.

It is past time the international community lives up to its commitments, the Secretary-General told the gathering.

“We need political leadership and resolute action. I call on every Member State to take concrete steps to protect minorities and their identity,” he said.

The UN chief pointed to his Call to Action for Human Rights, issued in February 2020, as a “blueprint” for all governments to address long standing issues of discrimination.

Meanwhile, his Our Common Agenda report, published last September, calls for a renewed social contract anchored in a comprehensive approach to human rights.

Mr. Guterres stressed that minorities must be active and equal participants in every action and decision, adding that this participation is not just for their benefit.

The commemoration should serve as “a catalyst for action”, he said, urging countries to work together to make the Declaration a reality for minorities everywhere.

The 1992 Declaration is the only UN international human rights instrument entirely devoted to minority rights.

It enshrined three core truths, namely that minority rights are human rights, that the protection of minorities is integral to the UN’s mission, and that the promotion of those rights is vital to advancing political and social stability and preventing conflict within and between countries.

In his remarks, the President of the UN General Assembly, Csaba Kőrösi, urged countries to act urgently to protect the rights of minorities in their territories.

“The Declaration’s ambition was to create a world where minorities can freely practice religion. Freely engage in tradition. Freely speak one’s native language. A world where diversity is seen not as a liability – but as a strength,” he said.

“However, our task today is not finger pointing,” he continued. “Our task is strengthening the common ground that has already been agreed upon.”