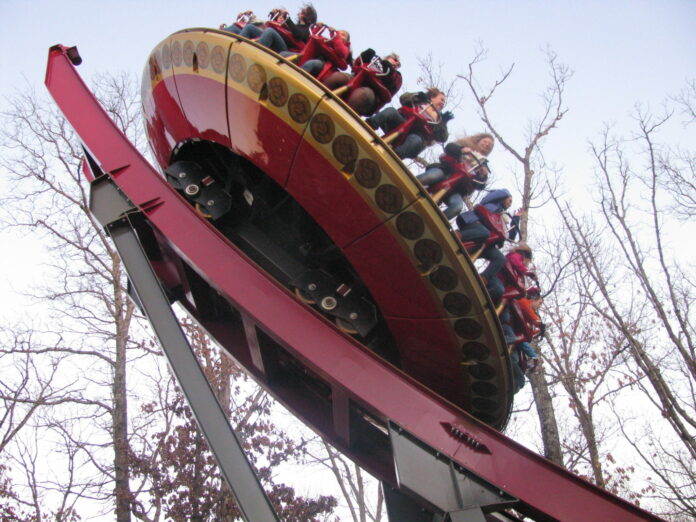 JNS.org –  On November 17, the Palestinian Authority (PA) announced it would restore security cooperation with Israel and agreed to receive tax monies Israel had collected for it. Despite this, however, the PA’s prospects for the near future remain gloomy.

The Arab Spring changed priorities in the Middle East. Observers must be careful to avoid the common mistake of judging the PA’s prospects through the binary view of the Israeli-Palestinian conflict. The truer, wider assessment should be regional. The Palestinians must make decisions with their eyes focused on their natural milieu — the Arab Sunni world — and not Turkey, Iran, or the Shiite world in general. In the new Middle East reality, the Sunni Arabs find themselves siding with Israel, not with the Palestinians.

What makes things even worse for PA leader Mahmoud Abbas is that the Israeli-Arab Sunni alliance is attracting European powers such as France because of the Turkish-French tensions in the Mediterranean and the proxy war in Libya. President-elect Biden cannot ignore or dismiss these real facts on the ground. What he can do is convince the PA and Israel to return to the negotiating table. In other words, not to challenge the Israeli-Arab Sunni alliance but add the PA to it.

The PA’s hesitation in this regard is due to its fear of losing Turkey and Iran as diplomatic cards to use, and being compelled to rely on Qatar to balance the Gulf States and Saudi Arabia. During the Trump term, this was not possible. In a Biden presidency, the PA hopes it can keep the Sunni world while placing Turkey and Qatar on the side — without losing them. This is especially important to Abbas because of the challenge he faces from political rival Mohammed Dahlan, who lives in the United Arab Emirates. Relying only on the Gulf with no other cards to play means strengthening Dahlan’s loyalists in the West Bank and the Palestinian diaspora.

Abbas’ shuffling of cards with the fake reconciliation talks in Turkey led by the Qatari proxies Jibril Rajoub (Fatah) and Saleh Arouri (Hamas) was considered anti-Trump. In the Arab Sunni world, however, the maneuver was deemed dangerous. The first Arab state alarmed by the Fatah-Hamas talks was Jordan. The very prospect of Hamas gaining power in the West Bank is a horror for the Hashemite kingdom. Although the Muslim Brotherhood, of which Hamas is a subsidiary, is a legitimate power in Jordan — as a political party — Hamas is seen as its dangerous armed wing.

According to Palestinian sources, Jordan recently exploited the visit of a senior American figure who has open doors to both Trump and Biden to convince Abbas to draw back from his Hamas track and return to the negotiating table with Israel. The American official promised to work with Biden, once elected, to renew the talks with Israel. Apparently, Jordan also applied its diplomacy in Washington in this regard.

During the fake talks between Fatah’s Rajoub and Hamas’ Arouri in Turkey, Abbas considered giving his approval to elections with a joint Hamas-Fatah list — but not actually elections — to bring fresh relevance to the long-forgotten and bypassed “Palestinian problem.” Additionally, the PA announced it would restore PA-Israel security cooperation, accept $100 million a month in tax money collected for it by Israel, and restore salaries to public workers. With that, Abbas is signaling to the Biden administration his readiness to return to negotiations — but on the PLO’s terms. That includes restoration of American aid, a repeal of Trump’s policies on Jerusalem and the US embassy, 1967 boundaries, and a solution for Palestinian refugees.

Those maximalist negotiating points do not fit the new mood of the Arab Sunni countries, that prefer the bargaining approach and a compromise on borders in the West Bank over the PLO’s myth of a “popular struggle” or even a political struggle. These Sunni countries acquiesced to the Trump moves regarding Jerusalem, but the issue of Jerusalem is very sensitive in inter-Arab-Muslim struggles and deserves a separate examination.

An issue that concerns the Arab Sunni powers is the refocusing on human rights issues that Biden, like Obama, almost surely will adopt. Worried Saudi and Egyptian voices are already being heard. The news that Trump lost the elections was received in Ramallah with relief not so much because of political prospects of renewing the peace talks, but because the Trump plan had annulled the PLO doctrine of liberating Palestine by “struggle” — military or political. The path of “struggle” led the Palestinians to a deadlock; the path of a “deal” led to the normalization agreements between Israel and the Gulf states. Today, the term “peace” is associated with the Gulf and not with Palestine, and the incentive of Western leaders to invest in the Palestinian problem to win their Nobel prizes is dramatically reduced.

Pinhas Inbari is a contributor to JNS.

Source of original article: Pinhas Inbari / JNS.org / Opinion – Algemeiner.com (www.algemeiner.com).
The content of this article does not necessarily reflect the views or opinion of Global Diaspora News (www.GlobalDiasporaNews.com).

Black and Jewish Communities Stand Together Against Hate

Obama, Netanyahu, AIPAC and the Jews

What Did Jordan’s Parliamentary Elections Show?

An internet with borders: A perspective from Pakistan

Biden-Harris and the US-Israel Relationship: the Jury Is Still Out

China Wants to Blind the World