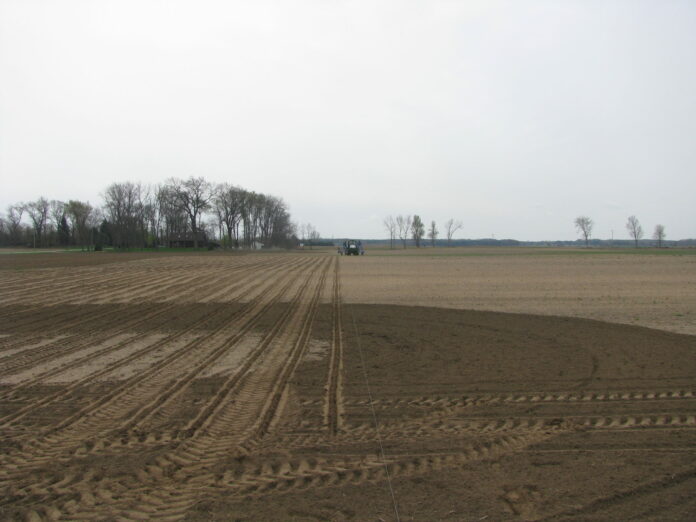 Static display of the change in US cancer mortality rates from 1968 to 2017. [A text version of this figure is also available.]

We developed the synchronized map and graph animation to visualize changes over time in yearly, age-adjusted, cancer mortality rates at the county, state, and national geographic levels for the United States from 1968 through 2017. The goal was to enable viewers to select trends of interest for a particular state, region, or time interval.

Cancer is the second leading cause of death in the United States (1). An estimated 42% of all cancer cases and nearly one-half of all cancer deaths in the United States are attributable to modifiable risk factors (2). Health officials and stakeholders need visualizations of data on cancer deaths to target prevention and treatment efforts optimally.

One way of showing changes over time in spatial data is to present side-by-side maps, each map representing data for a different time during the period (3). Animations have been used to present changes over time more granularly than static maps (4). To improve this method and accommodate data for multiple geographic levels, our project proposed a novel technique for visualizing temporal trends in spatial data — presenting an animated choropleth (thematic) map alongside a synchronized animated horizontal bar chart. We demonstrated the method by using data on cancer deaths from 1968 through 2017 in the United States at the county, state, and national geographic levels.

Age-adjusted mortality rates, stratified by year, for counties, individual states, and the United States were obtained from the CDC WONDER (Wide-ranging Online Data for Epidemiologic Research) website, including its Compressed Mortality File 1968 through 1978, its Compressed Mortality File 1979 through 1998, and its Multiple Cause of Death file for 1999 through 2017 (5). Cancer deaths were defined as deaths with any malignant cancer listed as the underlying cause. Malignant cancer was indicated by the International Classification of Diseases (ICD-8) codes 140–207 during 1968 through 1978, by ICD-9 codes 140–208 and 238.6 during 1979 through 1998, and by ICD-10 codes C00–C97 during 1999 through 2017 (6). Three ICD case definitions were necessary to compare data for all years during 1968 through 2017 (Table). The possibility of sensitivity or specificity differing among the case definitions is, therefore, a limitation of this project.

We developed and animated a horizontal bar graph and a choropleth map in R version 3.6.0 (R Foundation for Statistical Computing) (7), by using the albersusa (8), ggplot2 (9), viridis (10), ggthemes (11), gganimate (12), and magick (13) packages. Graph and map animations were rendered separately as graphics interchange format (GIF) images, and then combined. The open-source FFmpeg software suite was used to convert the animated GIF image into an MP4 formatted video (14).

The animation has a short duration, which facilitates consecutive viewings. The animation also leverages interactive features of MP4 video players, such as play, pause, vary playback speed, advance frame-by-frame, rewind, fast forward, and jump to specific places. These constitute a partial menu of possible interactive features that a data visualization might incorporate. We acknowledge that, in this sense, our animated data visualization has limitations. The combined animation’s interactivity, open layout, and high placement of the title; however, are consistent with common design practices for animated maps online that generally conform to cartographic standards (15).

Our animated data visualization presents cancer mortality rates spatially and temporally and illustrates that despite the overall decrease nationally in the age-adjusted rate from 1968 through 2017, disparities persisted among states and counties. This visualization can be used to improve public health resource targeting and evidence-based intervention efforts for states and counties with emerging or persistently high cancer mortality rates. Health officials, policy makers, and stakeholders can use data animation to inform policies and practices that influence cancer outcomes. For example, animation can focus attention on counties throughout the Mississippi Delta and Appalachia, where declines in cancer mortality have lagged compared with national declines — a known pattern that would be difficult to discern from a static data visualization.

No financial support was received for this work. No copyrighted surveys, instruments, or tools were used. The authors have no conflicts of interest.

Source of original article: Centers for Disease Control and Prevention (CDC) / Preventing Chronic Disease (tools.cdc.gov).
The content of this article does not necessarily reflect the views or opinion of Global Diaspora News (www.GlobalDiasporaNews.com).

Get Your Home Ready

How to Stay Healthy After Cancer Treatment Ends

Hobas Lodge to re-open in June