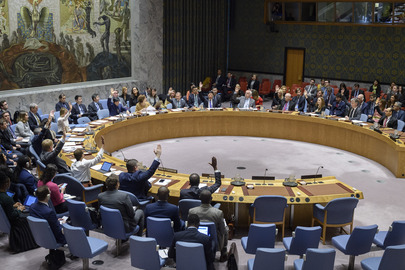 On the 30th anniversary of the campaign for 16 Days of Activism against Gender-Based Violence, the UN agency said that there’s been a global surge in domestic violence, child marriages, trafficking, sexual exploitation and abuse since March.

“A lethal mix of confinement, deepening poverty and economic duress is unleashing a renewed wave of violence against refugee, displaced and stateless women and girls”, UNHCR said in a statement.

To tackle the crisis, the UN agency has called for funding to be scaled up for grassroots projects that focus on prevention and helping victims of gender-based violence.

These include the Myanmar Ethnic Women(’s) Refugee Organization where refugee women have joined forces to overcome abuse, reinforcing their role as strong protectors of their families and communities.

For victim Deborah, who lives in Malaysia’s capital Kuala Lumpur, violence against women at home was considered a family problem.

“I felt ashamed to share my experience with other people,” she said. “I was afraid they would say it was my fault.”

Through her work with the community-based organization, Deborah met other women suffering in silence, and when she was invited to help devise and lead a project to support refugee women affected by gender-based violence (GBV), she accepted.

UNHCR highlighted that the need for such local, refugee-led projects has become even greater during the COVID-19 pandemic, as lockdowns have taken away refugees’ often precarious livelihoods, heightening tensions in households and making it more difficult for international agencies to deliver support services.

UNHCR issued the alert after recording increases in gender-based violence in at least 27 countries.

In the Central African Republic it warned that one gender-based violence incident is recorded every hour.

And in Colombia, similar incidents affecting Venezuelan refugees and migrants have increased by 40 per cent over the first three- quarters of the year, the agency noted.

The financial stress of COVID-19 and a lack of food in households during the pandemic has put women at greater risk from violence at the hands of their partners, UNHCR reported.

This is the case on the Thai-Myanmar border, where refugee women who were already running support services and safe houses for survivors of gender-based violence asked the UN agency for funding, to provide food to families who had lost work owing to the pandemic’s economic impact.

Reaffirming its own commitment to addressing gender-based violence across its operations, UNHCR launched an institution-wide policy on GBV prevention, risk mitigation and response, in October.