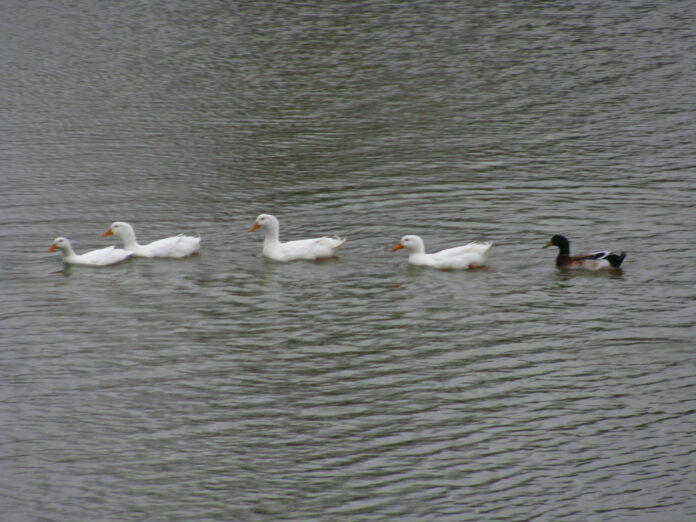 [The View From Uganda]

In Uganda Gen. Muhoozi Kainerugaba, a.k.a. Junior dictator, has descended further into the toilet bowl of history with his attacks on a renowned retired general Mugisha Muntu, a leader of the Alliance for National Transformation (ANT) party.

Kainerugaba, son of the country’s Senior dictator of 36 years, Gen. Yoweri Museveni, is commander of Uganda’s land forces of the military. Active military officers are precluded from open political campaigns yet his recent “birthday” celebration hosted across the country demonstrably political campaigning. For years many people have believed his father would one day front him as a presidential candidate. He was incensed following Gen. Muntu’s words reminding him not to mix the military with politics.

“Use the same insight to ask the CIC to retire you from the army as you pursue your political agenda,” Gen. Muntu advised Kainerugaba, using the initials for commander in chief, in reference to the Senior dictator. “It is legitimate. However, respect the officers and men in Uniform. NRA/ UPDF has been built through many sacrifices. Welcome to politics but get out of uniform first.” The Uganda People’s Defense Forces (UPDF) previously was the National Resistance Movement (NRA).

Gen. Kainerugaba, who is thin-skinned and who is the same person the PEN International honored author alleged supervised his brutal torture, few off the rails. “Secondly, me, my father and practically everybody else in UPDF does not require your ‘insight’ into anything. Please keep it for yourself and your small collapsing political party,” Kainerugaba who has never been mistaken for an intellectual heavy-weight, sulked.

“I wish my father had made Colonel Jet Mwebaze, army commander after Afande Saleh in 1989. He was a great commander for sure!” the entitled son of the Senior dictator, added, in what observers are dismissing as infantile tantrum.  Gen. Kainerugaba implied that Muntu was not fit to have served as Uganda’s army commander between 1989 and 1998.

Today, that post once occupied by Muntu is referred to as Chief of Defense Forces (CDF). This is the professional head of the UPDF and is responsible for the administration and the operational control of the Ugandan military. It’s remarkable that Kainerugaba would attempt to impugn Muntu’s credentials considering that many critics say he owes his rapid promotions in UPDF to the fact that his father is Senior dictator.

“I think if you were to soberly reread my initial remarks, you will find that I referred to your ‘insight’, not mine”, Muntu retorted, and one can imagine a smile across his face. “Also, it is ‘do not need’ not ‘does not need.’ I wasn’t under the impression that my opinion was ‘required’. I gave it anyway.”

Use of the term “soberly” may have been strategically used; the Junior dictator has a reputation of frequently being sloshed.

Muntu seems to have taken a pause after delivering the knockout pitch.  Kainerugaba, who is also known in some circles as “general twitter”, continues to rave all over social media about Muntu. Being an officer and a gentleman of the highest order, and knowing the difference between “chicken salad” and “chicken shit”, Muntu has ignored Gen. Kainerugaba’s childishness.

However, while the ignorant Gen. Kainerugaba claims Muntu belongs in a seminary or church choir (which is not a bad thing, anyway), he forgets that Muntu exemplifies one side of the two-sided story of Ugandan politics. Namely, the Kantian and Machiavellian divide.

Immanuel Kant, an influential German philosopher in the Age of Enlightenment, came up with ethics emphasizing the principles behind an action as opposed to principles arising from an action’s results. Everyone “does what seems good and right in his own eyes”, Kant said; they are motivated not by doing things right but by doing the right things.  The Italian philosopher Niccolo Machiavelli believed more in one’s adaptation to a set of circumstances; regardless of one’s ethics. A prince must, as appropriate, imitate both the fox and the lion, “for the lion cannot protect himself from traps, and the fox cannot defend himself from wolves” he wrote.

Most Ugandan politicians are Machiavellian. Muntu, on the other hand, is decidedly Kantian. This has set him on a collision course with the Machiavellian Museveni and his Junior dictator son.

The two are mistaken when they take Muntu’s gentlemanly ways for docility. Muntu maybe described as a radical centrist as he once revealed with the words: “Naturally even those who say let things just pass, eventually get agitated.”  Radical centrists are “idealists without illusions.” Radical centrism implies that politics is not a contest between saints and sinners but winners and losers in ultimate pursuit of a harmony of interests.

This essential realism of Muntu suggests that he is also ready to fight fire with fire if Gen. Kainerugaba and his band of thugs do not ease up.

His current gentlemanly stance is merely a polite warning to the junta. One that the double despots, Museveni and Kainerugaba, ignore to their own peril.