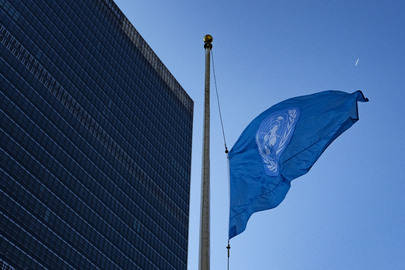 I am thankful for the recent pledges made to support #Syria. It is now critical that these pledges be converted into early disbursals of funding.

More funds are needed to address the Syria crisis as we deal with the largest-ever number of people in need. My remarks today:

However, he noted that the pledges for 2022 amount to less than half of the UN’s $10.5 billion funding requirement.

“This is the largest appeal ever for the Syria crisis, because we have the largest-ever number of people in need,” he said, referring to the dollar figure he has previously referred to as an “eye-watering amount of money.”

The UN relief chief cited a recent warning by the World Food Programme (WFP) that further cuts to its programme could materialize in the coming months, driven by the global rise in food prices and stagnant funding levels.

WFP has been forced to progressively reduce the size of the monthly food ration across Syria. According to its recent news release, a 13-per cent ration cut is now looming in the country’s northwest, where people will start receiving food rations that translate to 1,177 kilocalories  ⁠— just over half of the recommended daily intake.

Meanwhile, Mr. Griffiths cautioned the Security Council that water levels in the Euphrates River, on which some 5.5 million people in Syria depend, are dropping to a critically low point, putting both drinking water access and electricity supplies at risk.

Reporting on UN efforts to expand crossline humanitarian deliveries from inside Syria to parts of the country most in need, Mr. Griffiths said four such convoys have reached their destination in 2022, with the fourth reaching some 40,000 people in the country’s northwest on 16 May.

Another crossline mission is now being planned to reach Ras al Ayn, in the northeast, to deliver COVID-19 vaccines, early childhood vaccines and leishmaniosis medication.

However, he stressed the operations cannot currently replace the size or scope of the massive cross-border operation still flowing through a single border point, whose reauthorization the Council will consider in the coming weeks.

Tensions on this matter have run high in the Security Council in past years, with members ultimately voting to slash three of the four authorized crossing points.

The last authorized point, the Bab al-Hawa crossing on the Turkish border, was last reauthorized in July 2021.

Also briefing the Council was Farida Almouslem of the Syrian American Medical Society, who shared her experience working as an obstetrician-gynaecologist in Aleppo, urging the Council to reauthorize the crucial cross-border aid programme.

“I witnessed hundreds of atrocities which are still stuck in my mind,” she said, recalling a tearful plea from a woman begging for help getting pregnant again after losing her four children to a barrel bomb.

Her hospital was repeatedly targeted by air strikes, cluster munitions, barrel bombs and “bunker-buster” bombs, including some containing chlorine gas.

“Syrians throughout the country are suffering, and every one of us has an obligation to help,” she stressed, noting that more humanitarian funds are needed to prevent further hospital closures, provide critical nutrition assistance and increase the capacity of Syria’s health system.