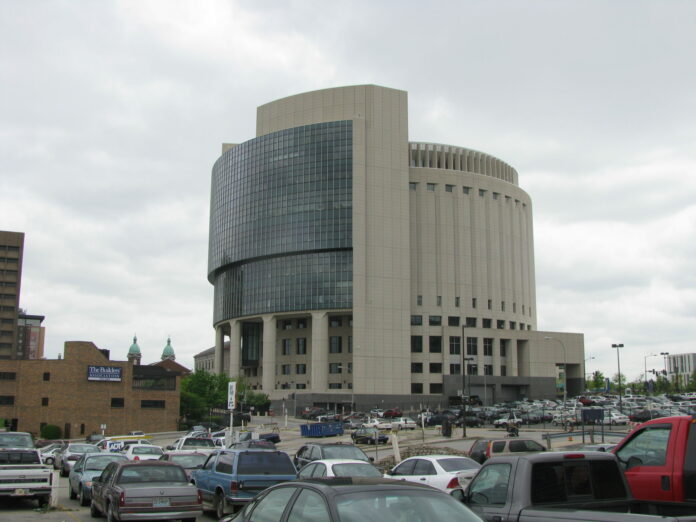 JNS.org – It is unclear why, every time an explosion is reported at an Iranian nuclear facility, anonymous senior U.S. officials let it be known that the U.S. was not responsible, and insinuate that responsibility lies with—and vengeance should be directed at—Israel.

This has happened repeatedly in recent years when pro-Iranian militias were targeted in Iraq. Senior American officials, concerned someone would attack their forces in the country— something the Iranians do regardless—rushed to leak that Israel was behind these attacks. The same thing happened last week, when Pentagon officials—anonymously, of course—announced that Israel had ramped up its activities against Iran without asking for U.S. authorization or even informing Washington.

There was only one instance in which the Americans broke their habit: when they themselves took out “the head of the snake,” then-Quds Force commander Qassem Soleimani, in January 2020.  Generally, however, the Americans usually conduct themselves vis-à-vis Iran with hesitation and compromise. And so, when the Iranians attacked Saudi and Emirati oil facilities in the summer of 2019, the Americans did not respond at all, despite these two countries being close U.S. allies.

Even when U.S. bases were attacked by Iran’s emissaries in the region, the response was minor.

JNS.org – In democracies as well as in Jewish law, the majority rules. A beit din (“rabbinical court”) must always…

The United States is Israel’s most important ally, and a few anonymous officials must not be allowed to place the American friendship and commitment to Israel’s security in question. After all, this is not 1948, when both the Pentagon and the State Department enlisted in the effort to prevent the State of Israel’s establishment out of concern it would become a Russian satellite state, or draw the United States into a war in the region.

Nevertheless, there is something both unclear and unhealthy about these repeated leaks that insinuate Israel is behind regional tensions.

As the late Israeli Prime Minister Menachem Begin said, Israel is not an American vassal state and does not need U.S. approval for any move. It has its own interests, that do not always perfectly align with those of the Americans and according to which it must act.

Moreover, American concerns over Iran are neither understandable nor justified. Iran is a large and important country, and there is no need to unnecessarily start a war with it. But at the same time, there is no need to exaggerate its power. After all, Iran is in a state of serious financial crisis, and its military is not as powerful as Tehran would have us believe.

Israel has proven over the last decade that one can set red lines for the Iranians and thwart their activity. It has also proven that Tehran is limited in its ability to retaliate and is deterred from conflict. While this understanding is being put to the test in light of what has been seen as increased activity attributed to Israel on Iranian soil, we nevertheless live in the Middle East. In this region, those who turn the other cheek are guaranteed to get struck again. The Iranians understand the language of force, and we therefore must not hesitate to act. It is inappropriate for officials in Washington to try to hide behind Israel’s apron strings and place the blame on us.

Eyal Zisser is a lecturer in the Middle East History Department at Tel Aviv University.

Source of original article: Eyal Zisser / Israel Hayom / JNS.org / Opinion – Algemeiner.com (www.algemeiner.com).
The content of this article does not necessarily reflect the views or opinion of Global Diaspora News (www.GlobalDiasporaNews.com).

A Frontline View of the Recent Terror in Israel

Green Peace: How Israel and Its Neighbors Are Fighting to Save the Environment Together

Operation Breaking Dawn and Tisha B’Av: Viewed Through the Prism of History

Pro-Israel Groups Spent Money and Won. So What?

Antisemitism: Back to Square One?

What They Also Got Wrong: Examining the New York Times’ Coverage of Israel