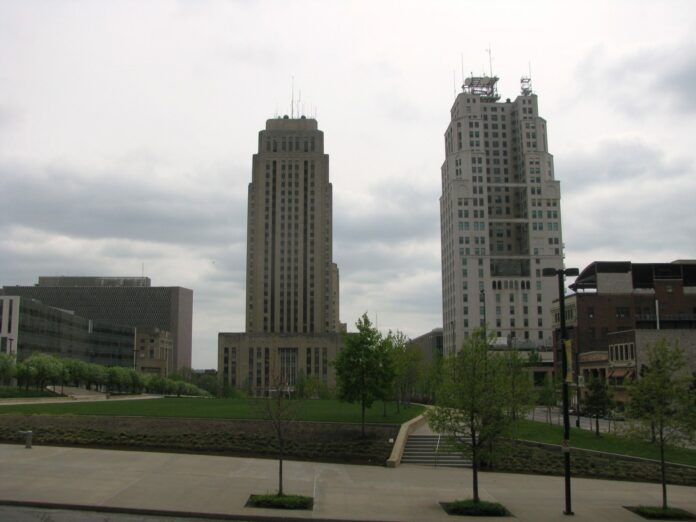 Today, Senators Bernie Sanders (I-Vt.), Ed Markey (D-Mass.), and Kirsten Gillibrand (D-N.Y.) introduced a 60-percent tax on the windfall wealth increases of billionaires during this pandemic in order to pay for all out-of-pocket medical expenses for every person in America for a year.

The Make Billionaires Pay Act would tax the $731 billion in wealth accumulated by 467 billionaires—the richest 0.001% of America—a from March 18th until August 5th, a period in which 5.4 million Americans recently lost their health insurance and 50 million applied for unemployment insurance. The funds from this emergency tax would be used to cover all necessary healthcare expenses of the uninsured and underinsured, including prescription drugs, for one year.

“The legislation I am introducing today will tax the obscene wealth gains billionaires have made during this extraordinary crisis to guarantee healthcare as a right to all for an entire year,” said Sanders. “At a time of enormous economic pain and suffering, we have a fundamental choice to make. We can continue to allow the very rich to get much richer while everyone else gets poorer and poorer. Or we can tax the winnings a handful of billionaires made during the pandemic to improve the health and well-being of tens of millions of Americans. In my view, it is time for the Senate to act on behalf of the working class who are hurting like they have never hurt before, not the billionaire class who are doing phenomenally well and have never had it so good.”

“As more than 160,000 Americans have lost their lives and millions more have lost their jobs, it is unconscionable that the super-wealthy are getting even richer in the midst of this crisis,” said Markey. “Despite overwhelming need, Republicans continue to look for any excuse under the guise of deficit reduction to cut vital support programs like jobless aid and health insurance for the most vulnerable. The American people pay with their lives every day for the criminal negligence of the Trump administration to combat the coronavirus. It is time the country’s wealthiest do the same off with their profits.”

“During this unprecedented economic and public health crisis, millions of Americans are out of work and struggling to put food on the table while billionaires are getting even wealthier,” said Gillibrand. “Requiring billionaires to pay their fair share will help support workers and families dealing with job losses, food insecurity, housing instability and health care. Not only is this a common-sense proposal, but it’s a moral one and Congress should be doing all we can to assist Americans struggling right now.”

According to Americans for Tax Fairness and the Institute for Policy Studies, a tax of 60 percent on the windfall wealth gains among fewer than 500 billionaires from March until August would raise $421.7 billion—enough to empower Medicare to pay all of the out-of-pocket healthcare expenses for everyone in America over the next 12 months, according to estimates from the Committee for a Responsible Federal Budget. The wealth tax would remain in effect until January 1, 2021.

The Make Billionaires Pay Act would still leave America’s billionaires with more than $310.1 billion in wealth gains during the worst economic downturn since the Great Depression. However, under the legislation:

— Jeff Bezos, the richest man in America, would pay a one-time wealth tax of $42.8 billion.

— Elon Musk, whose wealth has nearly tripled during the pandemic, would pay a one-time wealth tax of $27.5 billion.

— Mark Zuckerberg, the co-founder of Facebook, would pay a one-time wealth tax of $22.8 billion.

— The Walton family, the wealthiest family in America, would pay a one-time wealth tax of $12.9 billion.

As a result of Trump’s tax giveaway to the rich, these billionaires currently pay a lower effective tax rate on average than teachers or truck drivers.

“Everyone has suffered during the pandemic—from lost lives, lost jobs, lost chances—everyone, that is, except America’s billionaires,” said Frank Clemente, executive director of Americans for Tax Fairness. “Senator Sanders’s bill recognizes that a good chunk of the obscene growth in wealth by the richest Americans during a national emergency should be used to help us all survive and recover.”

“The Covid-19 crisis further worsens inequality. While the working class struggles with job and income loss, billionaires’ wealth has already fully bounced back and sometimes greatly surpassed pre-Covid levels,” said Emmanuel Saez, Professor of Economics at the University of California, Berkeley. “So far, the US government has borrowed from the rich to provide relief. It is only fair to also ask for direct contributions from the richest to the Covid-19 relief effort. Senator Sanders’ bill takes a bold and innovative step in this direction, paving the way to make billionaires finally pay a fair share of their enormous gains.”

“As our country faces vast economic and health needs, billionaires continue to display their appetite for greed,” said Susan Harley, Managing Director of Public Citizen’s Congress Watch division. “The Make Billionaires Pay Act smartly uses our tax code to take on the co-crises of COVID-19 health care disparities and the gaping income inequalities in our nation.”

“What makes nations prosperous is not the sanctification of a tiny number of ultra-wealthy individuals; it is investment in health care and education for all,” said Gabriel Zucman, Professor of Economics at the University of California, Berkeley. “With the wealth of billionaires at a record high, their effective tax rate at a record low, and tens of millions of Americans lacking good health care, the Make Billionaires Pay Act is a commonsense piece of legislation — a much-needed step if America is to emerge stronger from this pandemic.”