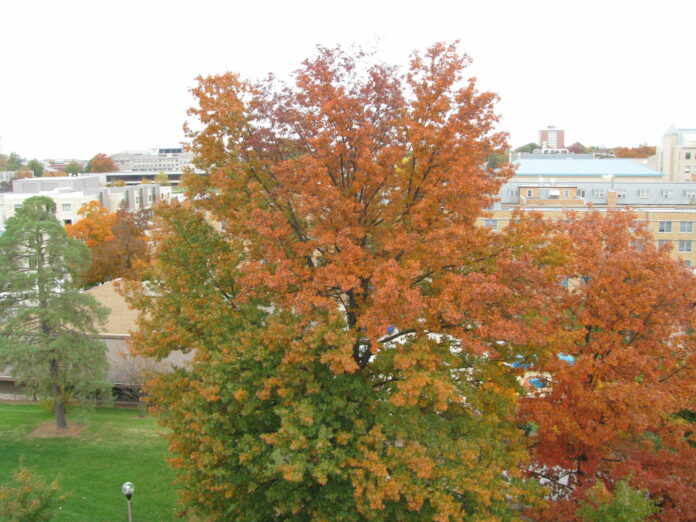 Photos: YouTube
Washington, DC – Immigrant advocates, faith groups, and Haitian leaders rallied outside the Customs and Border Protection (CBP) headquarters and marched to the White House for a faith vigil Friday in honor of the Black asylum seekers who were subjected to abuse and mistreatment, and chased and lashed at by armed Border Patrol officers on horseback one year ago.

The event organizers laid in front of the White House gates yellow roses and plastic bags of takeout food containers and water bottles—representing the food and water Haitian asylum seekers attempted to deliver from Mexico to their starving families in the Del Rio encampment—to remember the approximately 15,000 Haitian and other asylum seekers held in Del Rio that were subjected to abuse and expulsion by CBP.

The march and vigil closed out the #1YearAfterDelRio Week of Action to honor the thousands of migrants that have been expelled under Title 42, to center Black migrants’ voices and experiences, and to demand dignity and compassion for all asylum seekers.

“One year ago today, 15,000 Haitian babies, old people, middle aged people, families, parents, workers, single folk, and married folk, were gathered up from their encampment under the bridge in Del Rio and were cruelly expelled and returned back to dangerous conditions in Haiti. This came after some of them—pushed to cross the border in the US to meet their basic human needs of food and water—had been confronted by CBP officers on horseback who used split reins to intimidate and threaten them to go back to Mexico.

We have not and will not forget these abuses until Black Migrants are defended, until all migrants have due process, until there is justice for all harmed last year in Del Rio. And we will not stop remembering until our nation stops forgetting that persons seeking the protection of our nation’s asylum commitments are not entering the country illegally—but are seeking their rights that we have committed to in our conventions. These rights to asylum must be restored by ending Title 42 and other asylum-blocking policies which have grievously threatened those in need of safety.”

“Migrants at the border right now are still being denied protection, still being denied the ability to apply for asylum because of CBP and White House administration policies… There was a vigil very much like this, organized by hundreds of Haitians who are right now trapped at the border in Tijuana, unable to pursue their legal right to asylum. They marched to commemorate the lives that were disrupted, harmed, and traumatized under the bridge in Del Rio last year. We’re here to raise and uplift their voices.”

“I will never forget what I saw when I drove down to Texas last year to see what was happening in Del Rio. The people I met there, I am still trying to help out… I know there is a God watching everything, every step you take. There is a God somewhere, a God who said, ‘love your neighbor, love one another.’ God asks us to love one another, to show up when you see someone in need. All we have to do is help them. America must keep the door open to people in need. Please, CBP, help us to help those who are in need.”

“Forgive us for denying people their legal right to seek asylum, for enduring and perpetrating violence and extortion, for treating others with cruelty, for putting people in danger, for turning a blind eye, for not following our own asylum laws, for not fixing our asylum and immigration system, for using human beings as political stunts, for not fulfilling our duty to love and welcome our neighbors, and for failing to live up to our moral responsibility to those in need.”

“We are here to demand restored access to asylum. President Biden was with the United Nations yesterday, and he said, “we have a due process” for asylum. But we have to put the due process into practice. People have come seeking asylum, which is legal. These people must be allowed to have their due process. But what happens at the U.S. border is that this right of our brothers and sisters is being violated. It is illegal to prevent somebody from accessing their due process. Access to asylum must be restored now.”

“Today, our experience here and elsewhere across the country is of thousands of our migrant sisters and brothers from Central and South America, Africa and Asia being bused into DC, New York, Chicago, and flown into Martha’s Vineyard. This ongoing travesty is rooted in the same systems and structures of racial injustice and abuse that gave rise to the horrendous Del Rio events of last year—the images of which are etched into our memory.”

“Today we remember the 15,000 Haitians who fled to Del Rio, Texas seeking safety and shelter. We also lift up all of the over 24,000 Haitians who arrived at the United States border over the past year, only to be removed without the opportunity to plead their case for asylum. Our country has let us down, in Del Rio and beyond. We stand here determined to live our faith through doing what we can to provide welcome and respite to our sisters and brothers from Haiti, as well as to migrants from across the globe. We pray that our government does better. We pray for courage, we pray to be steadfast in our commitment, and most of all we pray to be your Love to those who need us most.”

“The United States has been a beacon of hope for refugees. As a former refugee, I’m so thankful my family found safety, but we have also been disappointed that we have experienced discrimination here as immigrants. What happened to our Haitian brothers and sisters in Del Rio shows how racism affects people in our asylum system. It is not easy for one to leave behind home seeking freedom just to arrive in the United States and be chased away and abused the way our Haitian siblings were exactly one year ago. We have a moral obligation to live out our laws, such as the Refugee Act, with fairness and without discrimination and we are here today to hold this government and this administration accountable.”