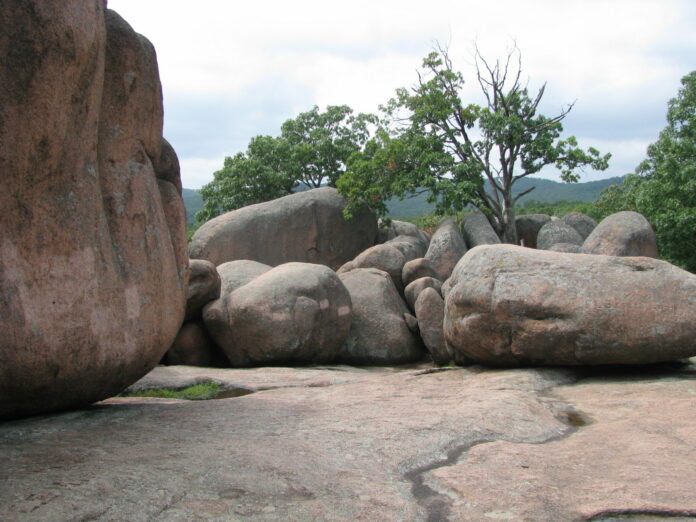 With the release of proposed legislative district maps on September 15th, the New York State Independent Redistricting Commission demonstrated that they had heard some of the demands of the community to keep the longstanding, diverse and growing South Asian community in the neighborhoods of Richmond Hill, Ozone Park and South Ozone Park together.

“For the past 30 years, over 3 redistricting cycles, we have been asking to keep our neighborhoods together so we can have a true voice in government, and access resources for our community,” said Baldeo. “Until now our pleas were ignored, so this is a landmark development for this community. Small changes need to be made but overall, it is a great start, and we feel that our voices are beginning to be heard.”

The underlying theme was of community unity and the long road taken to get to this point.

“We applaud the New York State Independent Redistricting Commission for listening to the gerrymandered residents of South Queens in drawing an Assembly district in the ‘Letters’ maps that bring Justice for Richmond Hill,” said Mohamed Q. Amin, Founder and Executive Director, Caribbean Equality Project. “For the first time in decades, the marginalized Indo-Caribbean and South Asian communities of interest of Richmond Hill, Ozone Park, and South Ozone Park in Little Guyana and Little Punjab have an opportunity to build equitable political power. However, we are concerned about the Senatorial district formulation, which further politically disenfranchises the voices of Richmond Hill. We encourage the Commission to keep these protected communities of interest under the Voting Rights Act whole.”

Veteran community advocate and labor activist, Charles (Chuck) Mohan, of the Guyana American Workers Union, said, “We look forward to engaging this process further to make those small tweaks to map AL that really reflect neighborhood identity. Overall our advocacy washeard at the Assembly level, particularly on behalf of the essential workers who abound in our community here.”

Aminta Kilawan-Narine, Esq., Founder & Director of South Queens Women’s March and Co-Founder of Sadhana: Coalition of Progressive Hindus said, “South Queens Women’s March is heartened to see that our collective advocacy to keep Richmond Hill and South Ozone Park whole has been centered in the IDC’s first round of the ‘letters’ maps. We believe this is a great starting point and we will continue to amplify the needs of our community of interest to ensure that the final lines empower our historically marginalized people. Overall, the proposed Letter AL map is a huge improvement from decades past, but minor tweaks should be made. As a resident of South Ozone Park for most of my life, I know that small portions of our community of interest were left out of the map, and I would like to see this accounted for.”

Garth Marchant of the South Ozone Park, Richmond Hill and Ozone Park United for Justice and Empowerment organization was also encouraged by the progress made. “We will continue to fight to keep these Assembly lines, while asking for the State Senate lines to be reconfigured, to keep Richmond Hill whole.”

Joshua Harris of the Hispanic and South Asian Alliance for Fair Redistricting in South Queens, also complained about the corresponding Senate Map for what is now district 16. “Senate maps K and P split the neighborhood in two and not even at the fringes, but right at the heart of the community. This is a head scratcher for the community. We respectfully request that the IRC keep Richmond Hill whole with Ozone Park in the State Senate.”

Dilip Nath, a voting rights advocate and President of the New American Voters Association (NAVA) stated, “the proposed maps are a good step forward but the process is not complete. The Commision must keep the fabric of the community together, allow our voices to be heard and ensure representation for under-represented new Americans in all levels of legislative branches. The independent commission has the opportunity now to fix the generational gerrymandering. Let’s get it right.”

Minewattie Guyadin Ali, a teacher who has taught in the neighborhood’s schools since the 1970s, echoed those sentiments and summed it up succinctly. “The Commission’s Assembly and Congressional lines for the area address the input of the community but the Senate lines don’t. We have some work to do to get these lines to be where they need to be.”

The South Queens Redistricting Coalition is a group of community residents, organizers and organizations formed to correct the gerrymandering of the Richmond Hill, Ozone Park and South Ozone Park neighborhoods of Queens. This area is diverse and reflects the full range of the South Asian diaspora as well as a vibrant Latino community. The South Asian community is anchored by significant Indo-Caribbean, Indian, Punjabi and Bengali populations. These communities contributed to the significant growth of the Asian American population in Queens and stands in unity with the Pan-Asian community in asking for a greater voice in representative government.