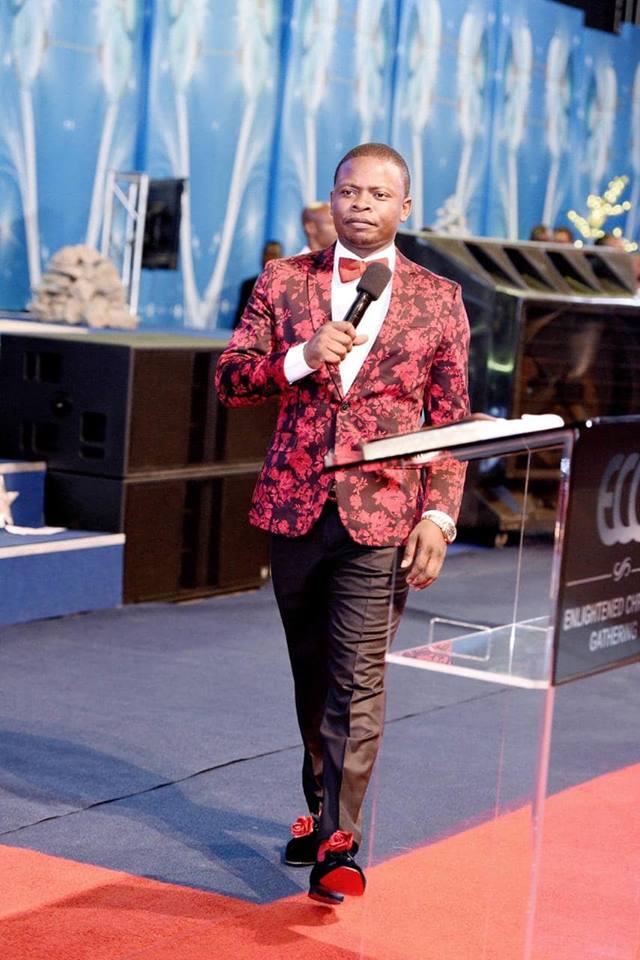 While testifying on February 25, 2018 at the Enlightened Christian Gathering (ECG) Church, the biggest church in Africa also ranked as the world’s #1 fastest growing church, Prophet Dr. Shepherd Bushiri (Major 1), informed his millions of followers that, he has been nominated to receive the Honorary US Citizenship Award and very soon, a ceremony will be held for that purpose.

For any well-informed person who is Black or who is a friend of the people of African descent, this historic award deserves celebration. Indeed, the United States of America has 2 main paths to citizenship:

Unlike native citizens and naturalized citizens of the US which have certain rights, duties and benefits, honorary citizenship is not attached to any known unclassified rights, privileges and duties. It does not require an oath. For instance, Honorary US citizens are ineligible for US official or diplomatic passports. However, according to the US Government, “honorary citizenship is and should remain an extraordinary honor not lightly conferred nor frequently granted”.

Since its independence from the Kingdom of Great Britain on July 4, 1776 until 2017, the United States of America has granted the Honorary US Citizenship to only 8 people. Six of these honorees received the award posthumously, some of them more than 200 years after their death, and two received it during their lifetime:

Each of these honorees has significantly impacted the US and / or the world:

Considering the status and impact of the people who were granted the honorary citizenship of the United States, it is obvious that this impressive honor is a proof of the historic impact that Prophet Dr. Shepherd Bushiri (https://www.facebook.com/shepherdbushiriministries) is having in the world. Details of the services he provided for the US to deserve this prestigious honor at his young age may be classified and never revealed. However, some public records exist about his success in business and in ministry.

His success in business has been applauded throughout the world. He has invested a lot in the US and many other countries. In February 2018 alone, he invested $450 US million in the US economy. As of 2017, his business, Shepherd Bushiri Investments (SBI), which employs more than 10,000 people, has several entities (e.g. SB Hotels, SB Mining, SB Telecommunications, SB Beverages and SB Airways), has an asset worth more than $1.2 US billion, and has been strangely surging and growing at a very fast rate that defied projections. In February 2018, he received a Business Excellence Award (Person of the Year 2017) and was inducted in “Africa’s CEOS Hall of Fame” by the prestigious African Leadership Magazine.

His family, The Bushiri Family, has been ranked one of the 10 Africa’s most affluent families (https://www.africa.com/most-affluent-families). He is the only Malawian in the Dubai Top Ten of doing business well from Africa. Major 1 is the youngest man in the world owning four private jets, 27 gold mines, two diamond mines and other treasures that space and time do not allow to detail here. Since he relocated to South Africa three years ago, he is the only person who has been consistently filling up above its capacity the FNB Stadium, Africa’s largest stadium, since its opening in 1989. In 2016, he was featured in a book that honored the “Most Influential Contemporary African Diaspora Leaders” https://www.globaldiasporanews.com/shepherdbushiri.

He authored several books and is a personal council to numerous Presidents and leaders around the world. He is also known for his massive charitable activities.

His impact goes beyond the Christian communities where he is known as the founder of the Enlightened Christian Gathering (ECG) Church, the number one mega church in Africa. In his third year in South Africa, his church in that country alone has over 2000 home cells and over 400 branches, with more than 5000 branches worldwide. He also has many church branches and home cells in several states in the US (http://www.ecgministries.org). In 2017 alone, his church recorded over 800,000 people that gave their lives to Jesus through his ministries (http://www.psbministries.international). The greatest prophet of all time preaches more than three times per week to hundreds of thousands of people who attend his mega church at Pretoria Showgrounds. His TV channel, Prophetic Channel TV  (https://www.youtube.com/user/propheticchannelTv) broadcasts to more than 40 million viewers across the world in English, French and Spanish.

It should not be surprising that he is called:

Prophet Dr. Shepherd Bushiri is happily married to Prophetess Mary Bushiri (https://www.facebook.com/prophetess.mary.bushiri) and they have two daughters, Raphaella and Israella.

Major One always says that his achievements are “not because he is intelligent or clever, but because of the Grace of God”. As the leader of the contemporary prophetic movement, spoken by prophets thousands of years ago, is receiving one of the highest honors in the world at a very young age and at a time that all well-informed analyses point to an imminent end of the world, it is important that the reader of this article ponders on his stand with God and really ensure he or she is ready to meet the Creator of all things if the world ends now. Are you ready? Do you believe in the God of Major 1? If not, you better get ready for God, Almighty God, Alpha and Omega, Author and Perfecter of Our Faith, Bread of Life, Chief Cornerstone, Deliverer, Emmanuel, Everlasting Father, Faithful and True, God of Israel, Good Shepherd, Great High Priest, Head of the Church, I Am, King of Kings, King of the Jews, Lamb of God, Light of the World, Lion of the Tribe of Judah, Lord, Lord of All, Mediator, Messiah, Mighty God, One Who Sets Free, Prince of Peace, Redeemer, Resurrection and the Life, Risen Lord, Rock of Ages, Sacrifice for Our Sins, Savior, Son of David, Son of Man, Son of the Most High, Supreme Creator Over All, The Door, The Life, The Truth, The Way, The Word, Victorious One, Wonderful Counselor, …, The God of Archbishop Nicholas Duncan-Williams, The God of Prophet Victor Kusi Boateng, The God of Prophet Uebert Angel, and the God of Prophet Shepherd Bushiri – Major 1, … is coming back very soon.

“You Have A PERMANENT Erection…” – TB Joshua PROPHECY

Why am I so USELESS

YOU ARE COMING OUT FROM EVERY WELL! | Angelic Visitation Service | Christ Mercyland Deliverance Ministry

The Increasing Radicalism of Peter Beinart Must Be Confronted

“You Have A PERMANENT Erection…” – TB Joshua PROPHECY

“We lived better on the farms” says evictee

All drone strikes ‘in self-defence’ should go before Security Council, argues...