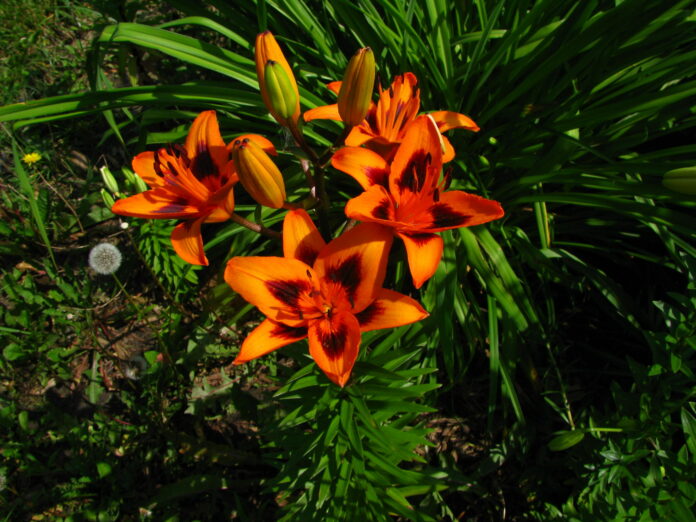 A court has ordered that a Limpopo man unlawfully arrested and detained must be paid R400,000 by the Minister of Police. Illustration: Lisa Nelson

A Limpopo-based conservationist, who was arrested by 16 police officers on trumped-up charges and locked up in filthy cells for three days, has been awarded R400,000 in damages for unlawful arrest and detention.

Johannes Claassens’ neighbour, former police officer Maropene Nakana, laid the false charges of contravention of a protection order and theft against him. Nakana has been directed to pay R200,000 for “malicious prosecution”.

Claassens’ case against Nakana and the Minister of Police was first heard in the Limpopo High Court. The judge awarded him damages of R40,000 and dismissed his claim against Nakana, even though Nakana had conceded that he had instigated the arrest and had acted with malice.

Claassens appealed, and a full bench of three judges has now ruled that he is entitled to a “profound and substantial award of damages”.

Judge President Ephraim Makgoba, who penned the judgment, said Claassens had been practising as a professional conservationist in Polokwane for 45 years when he was arrested on 1 July 2015 by 16 police officers in three cars at his farm. Nakana was present.

Sixty-year-old Claassens “was physically dragged out of his property and shoved into a police van … his hands handcuffed behind his back. His rights were never read to him and the police refused to listen to him.

“On the way to the police station, the police drove in a reckless manner which caused him to fall from the benches inside, as he could not hold on,” said Judge Makgoba.

At the police station, he struggled to get out of the van, and shuffled on his buttocks. A police officer laughed at him.

He was then put in a cell with 22 others.

Claassens testified that he was terrified. He was searched by two inmates who were looking for cigarettes and money.

“His unchallenged evidence was that the cell was stinking of human faeces, vomit and urine. It was extremely cold. He was shown a place to sit on the wet floor next to the shower. He was not given any blankets but was given one by one inmate. It was dirty and stinking. He could feel lice crawling over his body.

“He sat upright the entire evening. The second night was, he said, cold as hell. He indicated that he had never before experienced pain like that,” Judge Makgoba said.

Claassens had testified that on the morning of 3 July, when he was taken to court and granted bail, he could not get up because he was frozen and his body was stiff. He had to be helped up by two other inmates.

He still broke down in tears when he relived what happened to him, even though he went for therapy, the judge noted.

Judge Makgoba said Claassens had been humiliated and traumatised.

He said the trial judge had expressed the view that when assessing damages for unlawful arrest and detention, courts should not be “extravagant” in compensation. This was because of the many “legitimate calls on the public purse and to ensure that other rights that are no less important also receive protection”.

Judge Makgoba said, however, that heavier damages should be awarded in deserving cases.

“We are dealing with the violation of important constitutional rights … including rights to human dignity, freedom and security.

“Where a right is said to be so important that it has been afforded constitutional protection, any damages to be awarded should reflect that importance. Sight must not be lost of the fact that the liberty of an individual is one of the fundamental rights of a man in free society, which should be jealously guarded at all times.

“The present case displays a reckless disregard of those rights. He was detained without a shred of justification and detained in what was very humiliating, fearful and degrading circumstances. He did absolutely nothing wrong,” said the judge.

Judge Makgoba noted that during the trial, the defendants had not shown any justification for their actions.

The award of R40,000 by the trial court was “insignificant and inadequate” he said, ruling that the Minister must pay R400,000.

Regarding the claim for malicious prosecution against Nakana, the Judge said Nakana had admitted instigating Claassens’ arrest, and that he had acted with malice, and the trial court had been wrong to dismiss the claim.

“The uncontested evidence is that they were neighbours and had an acrimonious relationship because [Claassens] had in the past reported him for illegal poultry farming. He is also an ex-police officer.

“I am of the view that [Nakana] abused his power and connections. It is clear that the arrest was accompanied by malice and revenge … that he had a vendetta against [Claassens]. The charges were withdrawn because of lack of prospects of success.”

The Judge said while no amount of compensation could undo the “humiliation and human rights violations” suffered by Claassens, Nakana must pay him R200,000.

The Minister and Nakana were ordered to pay costs.