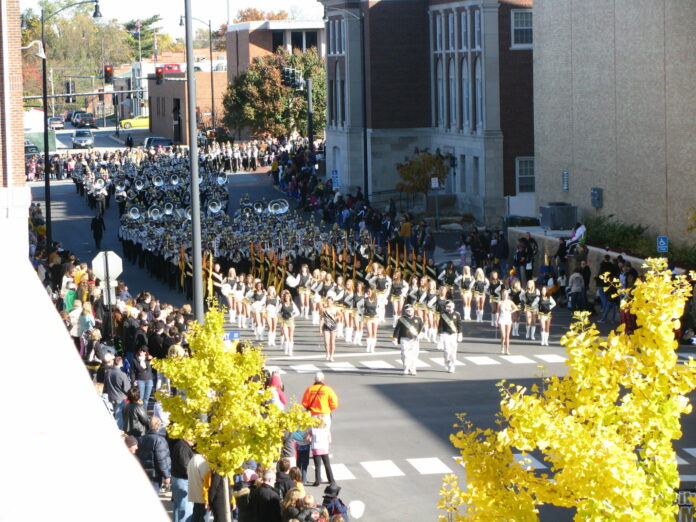 “As we mark five years since the shooting at Pulse Nightclub, Americans join Orlando and the LGBTQ community to honor the 49 beautiful souls senselessly murdered while simply enjoying a night of dancing and celebration. Today, our heart breaks again thinking of the brave survivors and families of the victims, whose grief I saw firsthand while visiting Pulse five years ago to mourn this appalling act. Tragically, in the years since, we have continued to see gun violence and hate crimes plaguing communities across our nation and leaving behind nearly unimaginable pain.

“As we face this urgent epidemic, Democrats are committed to the fight to end gun violence once and for all. In March, the Democratic House passed the Bipartisan Background Checks Act, which secures universal background checks, and the Enhanced Background Checks Act, which closes the deadly Charleston loophole – and Democrats are committed to ensuring these vital, bipartisan bills become the law of the land. We are proud to work with President Biden and Vice President Harris to take swift action to save lives. Thanks to their bold leadership, the Administration is working to combat the proliferation of ‘ghost guns,’ implement extreme risk protection orders at the state level, invest in community violence intervention strategies and more.

“As we mark LGBTQ Pride Month and Gun Violence Prevention Month this June, let us honor the memories of those we lost at Pulse – and, indeed, all the lives stolen by this epidemic – by renewing our pledge to deliver strong, effective gun safety legislation. We must not relent until every American can learn, work, pray and spend time with loved ones free from the fear of gun violence.”

“I join in marking the five-year anniversary of the horrific mass shooting at the Pulse nightclub in Orlando that killed forty-nine people. I will be thinking today of all the victims’ loved-ones and all those who still carry the scars of that day, both physical and psychological. Even though five years have now passed, that terrible day has not faded for these families and for the communities of which the victims were an integral part.

“I am glad that the Senate passed legislation, which the House had already approved, to designate the Pulse nightclub as a national memorial. I commend Rep. Darren Soto for championing this cause, which is so important to Floridians and millions of Americans. We must never forget what happened there on that terrible night in 2016. I look forward to seeing President Biden sign this legislation into law soon

. “This attack against Orlando’s LGBTQ and Latino communities was one of the deadliest mass shootings in an era in which such events have become, tragically, commonplace. In the aftermath of the Pulse shooting, millions of Americans joined in calling for Congress to take action and pass commonsense background check laws that could help prevent future shootings like this one. Five years later, the Democratic-led House has now twice passed H.R. 8, the Bipartisan Background Checks Act, but the Senate has yet to take action, prevented from doing so by Republican obstruction. This is unacceptable, and I continue to urge Senate Republicans to put the safety of Americans first and work with Democrats and President Biden to enact bipartisan background checks legislation without further delay.”

And Rep. Demings, whose district includes the area where the Pulse Nightclub is situated, and who recently announced she would be running against Republican Marco Rubio, said:

“It has been five years but it feels like yesterday. Today I am thinking of the 49 who we lost—49 human beings, 49 dreams, 49 futures, 49 families missing a loved one. I am thinking of the survivors who still need our fullest support as they work through physical and mental wounds. I am thinking of the families with an empty seat at the table. Nothing can bring back what was lost, but we can do everything in our power to fill that void with love, support, and a commitment to care for our community not only today, but in the years to come.

“I echo our mayor to say to the survivors and family members of Pulse: it’s okay to not be okay. This was a tragedy. The nation may have watched and grieved with us, but the pain that you may be feeling is personal. I want you to know that we embrace you with love, not as symbols but as yourselves. If you are struggling, there is help available, and I encourage you to reach out.

“It can be hard to find the words, because the truth is that no words can make this right for the survivors and families of those we lost. That’s why five years ago we promised to ‘honor them with action,’ not just with words. As we move forward from this anniversary, it is my prayer that all of us will recommit ourselves to that mission, to ensure that every Pulse survivor—and every American—can live in a nation where each person is safe to go out to a nightclub or any other place, where our LGBTQ community is protected, where the highest-quality mental health support is available to those who need it, and where we treat gun violence as the threat that it is to our loved ones. I know that we can do better, and as we commemorate this sorrowful anniversary, I believe that we must do better.”