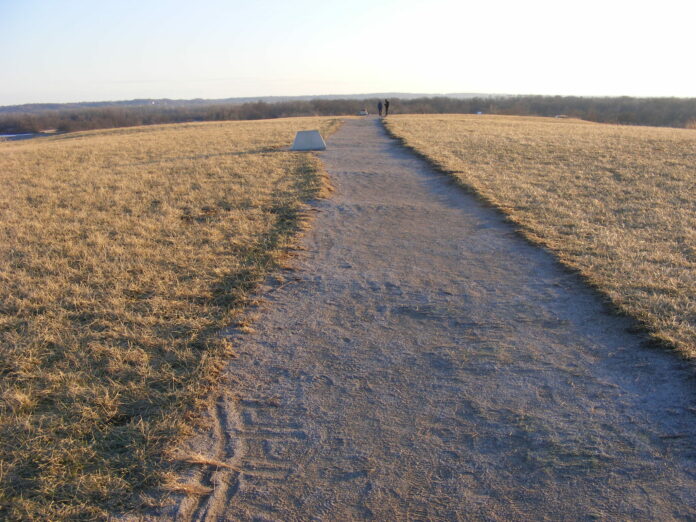 JNS.org – The European Union has come under fire by the government of Israel, Jewish advocacy groups, and members of the European parliament for a letter issued by the senior EU diplomat overseeing the disputed territories.

These groups are concerned that the letter allows for Palestinian NGOs to receive EU funding even if they employ individuals affiliated with EU-designated terrorist groups.

Daniel Schwammenthal, director of the Brussels-based American Jewish Committee’s Transatlantic Institute, is leading an effort to confront the European Union about the matter.

“It is shocking, to say the least, that the EU’s top representative in Ramallah told Palestinian NGOs that the idea that they were asked to break ties with terrorists to receive EU funding was nothing but ‘misinformation,’ ” he said. “For an EU official to apparently adopt the language of Palestinian hardliners, who routinely refer to support for and membership with terror groups as ‘legitimate political positions and affiliations,’ is nothing short of breathtaking.”

The March 30 letter was issued by head of the EU Office to the West Bank and Gaza Strip, Sven Kühn von Burgsdorff, to the Palestinian NGO Network (PNGO) representing 135 NGOs. The main paragraph in contention states: “It is understood that a natural person affiliated to, sympathizing with, or supporting any of the groups or entities mentioned in the EU restrictive list is not excluded from benefitting from EU-funded activities unless his/her exact name and surname (confirming his/her identity) corresponds to any of the natural persons on the EU restrictive lists.”

The letter was intended to placate Palestinian NGOs angered by a recent clause to its contracts with NGOs worldwide barring them from employing anyone on the EU’s list of “restrictive measures,” i.e., blacklisted terrorist groups. In the Palestinian territories, these include Hamas, Izzedine al-Qassam Brigades, Al-Aqsa Martyrs Brigade, Islamic Jihad and the Popular Front for the Liberation of Palestine (PFLP). The NGOs refused to sign the updated contracts, even at the risk of losing EU funding, if their employees were required to renounce affiliations to these organizations.

The Foreign Ministry summoned and rebuked the EU Ambassador to Israel Emanuele Giaufret over the letter and, following the publication of von Burgsdorff’s letter, the Israeli Ministry of Strategic Affairs came out with a report titled “Blood Money,” detailing a case study of the European-funded NGO, Addameer, which employs proven PFLP terrorists moonlighting as human-rights activists.

Israel’s Minister of Strategic Affairs Gilad Erdan said in a statement: “Unfortunately, the European Union capitulated to Palestinian pressure. Millions of euros, which have already been transferred by European countries to the Palestinian organization Addameer, illustrate the danger in the EU’s stance. This is a dangerous precedent which could enable terrorist groups an opportunity to launder their finances.”

Inside the European Union, two separate protest letters have been written to the High Representative of the Union for Foreign Affairs and Security Policy, Josep Borrell: one by 35 parliament belonging to conservative/right wing bloc, and another by six members of the non-partisan Translatantic Friends of Israel (TFI) intra-parliamentary group.

“The EU Representative von Burgsdorff’s communication was simply too outrageous to not react,” MEP Charlie Weimers (Sweden), the co-initiator of the letter from the conservatives and member of the Foreign and Home Affairs Committees told JNS via e-mail. “In essence, it provides a roadmap on how to circumvent EU counter-terrorism law. It defends the indefensible, and it was therefore a moral duty to react and to do so publicly.”

MEP Carmen Avram (Romania), a member the Progressive Alliance of Socialists and Democrats, signed onto the TFI letter.

“I don’t find it according to our values and principles and internal regulations,” Avram said in a telephone interview. “We have to take the commission to answer and to tell us if this is the new European Union attitude.”

‘Our rules have not changed’

In response to an e-mail query requesting clarification about von Burgsdorff’s letter, Ana Pisonero-Hernandez, spokesperson for Neighbourhood and Enlargement, International Cooperation and Development, provided a general statement about EU policy, objecting to allegations of its supporting incitement or terror.

“Recipients of EU funding are required to ensure that these funds are not made available, either directly or indirectly, to entities, individuals or groups, which have been designated under EU restrictive measures, or to their representatives,” she said. When asked whether or not von Burgsdorrf’s letter is compatible with this policy, she responded: “Our rules have not changed on this matter and they are very clear.”

The European Commission is required to answer formal parliamentary letters, but the response may take several weeks, especially since the plenary is not currently in session due to the coronavirus and MEPs are at their home offices. The Government of Israel has similarly received vague assurances.

“The letter sent by Ambassador Kühn von Burgsdorff refers exclusively to the application of our restrictive measures and explains to Palestinian beneficiaries (= civil society organizations) their own contractual obligations related to compliance with EU sanction lists. It did not intend to reflect the full range of safeguards that are in place. These safeguards make the participation of entities, individuals or groups affiliated/linked/supporting terrorist organizations categorically incompatible with any EU funding. There have been misleading suggestions that compliance with the EU restrictive measures is a new obligation or that it was specific to Palestine. This is not the case. We are doing the necessary outreach to make this position very clear to all those who are concerned.”

“The spokeswoman says Mr. von Burgsdorff didn’t intend to explain the entire safeguard mechanism. But should that not have been exactly his job, to ensure Palestinian NGOs understand EU policy? Because judging from his letter, they must assume that they are free to hire terrorists. And if the anti-terror clause doesn’t stop the EU from funding compromised NGOs, as the spokeswoman seems to suggest, then what are these other safeguards that supposedly prevent that from happening?”

Additionally, the EU Commissioner for Neighborhood and Enlargement, Oliver Varhelyi, sternly rejected the notion that there could be terrorist financing from EU funds and ordered an investigation into it.

“They will have to look deep, and if there is any concern, we will act immediately,” the Hungarian Commisioner said in response to a question from a Spanish MEP, who chairs the EU-Israel delegation for relations with Israel, during a meeting on Tuesday of the European Parliament’s Foreign Affairs Committee.

NGO Monitor Vice President Olga Deutsch welcomed the statement and said that it creates an opportunity to “engage” with Brussels on this issue.

“It will be crucial now how the EU decided who will carry out the investigation of EU and what form it takes. The Commission should closely examine the Palestinian NGOs that it has funded over the past three years at least, starting with those that we have for years flagged as terror-linked,” she said.

Deutsch added that questions remain over the sanction in cases in which terror-links are proven, noting that “NGO Monitor has tracked at least 6 million euros of EU funding to NGOs linked to the PFLP terror group.”

“We continue to await an official statement from the Commission on this matter, as well as a renunciation of diplomat Sven Kühn von Burgsdorff’s letter telling Palestinian NGOs that they need not worry about the EU’s anti-terror funding restrictions.”

Nevertheless, within the EU, Weimers said he will continue to press the issue: “The EEAS [European External Action Service] often hides behind vague generic statements,” said Weimers. “It must be very embarrassing for them to have a senior EU official communicate a roadmap on how to circumvent EU counter-terrorism law. It is impossible to defend Mr. von Burgsdorff’s actions. If his letter was written with the prior knowledge of his superiors, then we do have an even more serious problem.”

A Conversation with the Africa CDC on COVID-19 – African Media...

If the ANC is serious about police brutality, Cele must go!