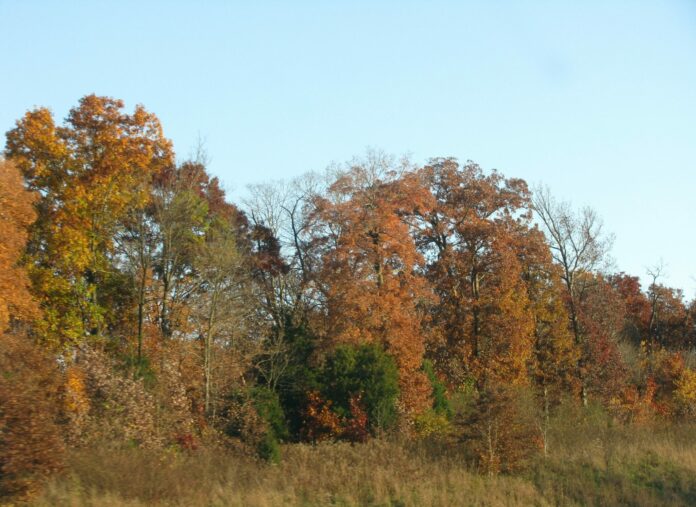 Norovirus-associated acute gastroenteritis is highly transmissible in settings with close person-to-person contact and decreased access to hand hygiene, such as backpacking or rafting.

On May 11, 2022, the National Park Service (NPS) Office of Public Health (OPH) and Coconino County Health and Human Services (CCHHS) in Flagstaff, Arizona contacted CDC about a rising number of acute gastroenteritis cases among backcountry visitors to Grand Canyon National Park (Grand Canyon). The agencies reviewed illness report forms, assessed infection prevention and control (IPC) practices, and distributed a detailed survey to river rafters and hikers with backcountry permits (backpackers) who visited the Grand Canyon backcountry. During April 1–June 17, a total of 191 rafters and 31 backpackers reported symptoms consistent with acute gastroenteritis. Specimens from portable toilets used by nine river rafting trip groups were tested using real-time reverse transcription–polymerase chain reaction and test results were positive for norovirus. Norovirus-associated acute gastroenteritis is highly transmissible in settings with close person-to-person contact and decreased access to hand hygiene, such as backpacking or rafting. IPC assessments led to recommendations for regular disinfection of potable water spigots throughout the backcountry, promotion of proper handwashing with soap and water when possible, and separation of ill persons from those who are not ill. Prevention and control of acute gastroenteritis outbreaks in the backcountry requires rapid reporting of illnesses, implementing IPC guidelines for commercial outfitters and river rafting launch points, and minimizing interactions among rafting groups.

Commercially operated Colorado River rafting trips are allowed within the Grand Canyon during April–October (1). OPH surveillance of river rafting trip illnesses requires that guides on commercially operated trips report the occurrence of fewer than three illnesses at each trip’s end, contact the NPS by satellite phone as soon as possible when three or more illnesses occur (2), and complete an illness report form for each ill person. Private rafting trip guides must report illnesses within 7 days after completing the trip (3). Backpackers are encouraged to report illnesses.

During April–May 2022, approximately 4,770 rafters visited the Grand Canyon backcountry.† On April 8, 2022, OPH was notified by a commercially operated rafting group within Grand Canyon of seven persons experiencing vomiting or diarrhea. After nine additional rafting trips (173 rafters), multiple cases of acute gastroenteritis were reported. OPH and CCHHS contacted CDC on May 11, 2022. By May 21, thirteen additional rafting trips with 102 reported cases of acute gastroenteritis were documented, and several backpackers reported symptoms consistent with acute gastroenteritis. A specific source of virus transmission had not been identified. On May 24, 2022, NPS requested CDC assistance, and an investigation was initiated.

A case of acute gastroenteritis was defined as vomiting or diarrhea (at least three loose stools during a 24-hour period) <24 hours before trip launch through 3 days after the end of the trip in a person who participated in a river rafting trip or backcountry backpacking in the Grand Canyon during April 1–June 17, 2022. A detailed survey was distributed by email to all backpackers, river rafters on private and commercially operated trips with one or more ill persons, and river rafters on commercial trips with no reported ill persons during the same period. Survey responses were linked to illness report forms of previously reported illnesses to deduplicate. The survey closed on July 8, 2022. This activity was reviewed by CDC and was conducted consistent with applicable federal law and CDC policy.§

The date of first illness onset among rafters was April 6, 2022; the trip had an attack rate of 39% (11 of 28 rafters). Rafting trip attack rates ranged from 10% (three of 31) to 83% (29 of 35). During April 1–June 17, 2022, a total of 222 persons had an illness that met the case definition for acute gastroenteritis (Table) (Figure). Most respondents reported illness onset during the trip (178; 80%), with five persons from separate trips (two river rafters and three backpackers) reporting illness onset <24 hours before their trip started (different illness onset dates). Most cases occurred among park visitors (191; 86%) and the remaining cases (31; 14%) among professional guides.¶ Ill visitors were from 34 U.S. states and four additional countries. Among 222 acute gastroenteritis cases, 160 (72%) persons completed the electronic survey and provided sufficient information for further analysis (Table). Most (73%) illness onsets occurred during May 1–20, 2022. Survey response collection ended on July 8, 2022, with 1,327 visitors to the Grand Canyon backcountry completing at least a portion of the survey. Further analysis is underway to examine epidemiologic overlap among ill and non-ill rafters and backpackers who completed the survey.

NPS posted multiple acute gastroenteritis website alerts†† to provide prevention education beginning on May 16, 2022, including a link to CDC’s Norovirus and Safe Drinking Water webpages.§§ Outfitter staff members were advised to promote handwashing with soap and water, monitor adherence, and isolate or cohort persons with acute gastroenteritis during the trip whenever possible. Many outfitter staff members were unaware that alcohol-based hand sanitizer is ineffective in mitigating norovirus transmission (5). OPH and CDC conducted a site visit to the Lees Ferry raft launch point on June 3, 2022 and recommended adding signs to promote handwashing in restrooms, displaying acute gastroenteritis outbreak information on bulletin boards throughout the backcountry, and increasing the frequency of cleaning restrooms and disinfecting the potable water spigot, a highly used water source by rafters and day visitors.

A large norovirus-associated outbreak of acute gastroenteritis occurred in the Grand Canyon backcountry among river rafters and backpackers during April–June 2022. Preliminary analyses of illness characteristics and portable toilet specimen test results suggested norovirus as the primary causative agent of illness. Norovirus spreads quickly through person-to-person contact and contaminated food or beverages, and can persist in the environment (5). Five persons reported illness onset <24 hours before their trips were launched and two genotypes were identified from portable toilet specimens of affected trips, indicating a potential for multisource introduction of norovirus into the river corridor. Analyses of survey responses are underway to identify epidemiologic overlap, including food and beverages, river stop locations, backcountry toilet use, and other factors.

Illness reports slowed before the arrival of the CDC team on May 31, 2022. The close relationship among outfitters and public health authorities likely facilitated rapid communication about the rise in acute gastroenteritis cases that resulted in more vigilant warnings during pretrip passenger briefings and an internal reinforcement of environmental protection and equipment sanitation guidelines (2). The last report of acute gastroenteritis occurred on June 17, 2022.

The findings in this report are subject to at least two limitations. First, although no individual specimens were available for testing, test results from pooled portable toilets suggest norovirus as a primary contributor to this outbreak. Second, the total number of illnesses associated with this outbreak is likely underreported. OPH has adapted sanitation standards and IPC recommendations to meet the unique setting of river rafting and backcountry camping trips. Some acute gastroenteritis, including norovirus, is expected on rafting and hiking trips (6). Norovirus is highly infectious and has a low infective dose (5). Because many trips use the same campsites and place portable toilets in the same locations, particles could have been transmitted to surfaces, beach sand, or river water where new groups could have encountered them, and then transmitted the virus both from person-to-person and trip-to-trip. Rapid separation of ill persons from non-ill persons and reinforcement of hygiene and sanitation practices by commercial rafting trip guides might have led to lower attack rates reported on some trips.

Previous norovirus outbreaks have occurred among river rafters in Grand Canyon associated with contaminated food products (7) and person-to-person transmission (8) resulting in recommendations to adhere to strict hygiene guidance. An increase in norovirus activity was observed at a national level in spring 2022, with the number of outbreak reports returning to prepandemic levels for the first time since March 2020 (9).

With norovirus increasing nationwide and visitation rates returning to near prepandemic levels (10), the potential exists for resurgence of norovirus outbreaks among visitors to the Grand Canyon backcountry. River rafting and camping might amplify norovirus spread because of limited hygiene supplies and close person-to-person contact. Prevention and control of future outbreaks includes rapid reporting of illnesses, symptom screening before trip launch to minimize introduction of illnesses, strict adherence to hand hygiene with soap and water and sanitation protocols, disinfection of water before consumption, prompt separation of ill passengers, and minimizing of interactions with other rafting groups.

Spotlighting the Many Challenges at Dappo Primary Health Centre