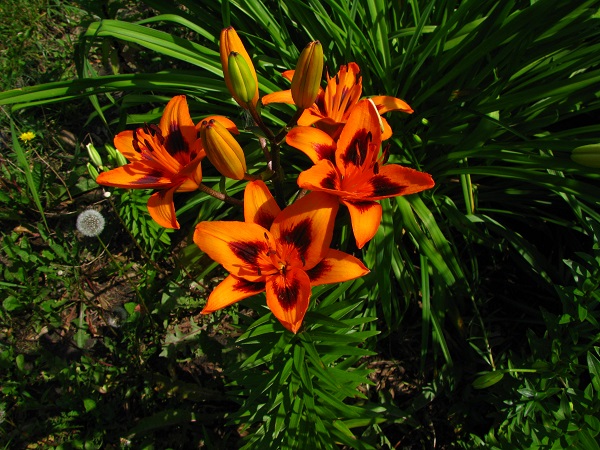 Source of original article: Arzu Geybullayeva / Global Voices (globalvoices.org).
The content of this article does not necessarily reflect the views or opinion of Global Diaspora News (www.GlobalDiasporaNews.com).

As Turkey is rapidly increasing large-scale mining, a major operation of deforestation led by a Canadian company has sparked protests. Activists are now joined by leading Turkish artists to raise awareness, but can the cutting of nearly 200,000 trees stop the government from allocating more mining licenses?

Keen on expanding its mining sector, Turkey has developed a policy of inviting foreign investors and offering them special conditions to develop what it sees as a strategic economic priority. In 2000, the General Directorate of Mineral Research and Exploration (MTA) and the Ministry of Energy started mapping mineral deposits. In 2004, the government also amended the Law on Mines granting exploration licenses to companies, reducing taxes and allowing operations in previously protected areas. Finally, in 2010, it began converting exploration licenses into operating licenses.

One of the foreign companies present on the Turkish market is Alamos Gold, a Toronto-based company that had been scouting land since 2010. According to the company's website, it acquired multiple projects on January 6, 2010, from another Canadian company, Fronteer Development and Teck Resources for a lump sum of USD 90 million. Alamos Gold received its operating permit from the Turkish Department of Energy and Natural Resources in March 2019.

It immediately started operating, despite numerous demands by the local municipality of Canakkale to stop the process from further endangering the local environment and the people's livelihoods.

Fear of cyanide sparks online and on-site protests against deforestation

A traditional method used by gold-mining companies is heap leaching — a process that dissolves the gold and extracts it from its ore with the help of cyanide. Environmental activists, as well as locals, fear that Alamos Gold intends to use some 20,000 tonnes of cyanide, a deadly chemical that can harm surrounding flora and fauna in case of a spill. If leaked, the deadly chemical could pollute the local dam, which provides water to over 180,000 people and irrigates over 5,000 hectares of land.

United under the hashtags #KazdağınaDokunma [Don’t touch the Kaz Mountains] and #KazDağlarıHepimizin [The Kaz Mountains belong to all of us], scores of activists, politicians, representatives of non-governmental organizations have stormed social media platforms to express their concern. On July 26, they also started organizing large scale protests. As a result, there is now a 24-hour camp set up in the vicinity of the construction site keeping the “watch for water and conscience”, as can be seen in this article.

While the Ministry of Energy and Natural Resources said in a statement that no cyanide would be used, that is not what Alamos’ own website states:

A dilute cyanide solution will be applied to the crushed ore over a 90 day leaching cycle with the pregnant solution collected and processed through the adsorption-desorption-recovery (“ADR”) plant where gold and silver doré bars will be produced.

In an interview with Reuters, Alamos CEO John McCluskey dismissed any criticism adding that the area shall return to its previous state after the six years envisaged for the project. “In six and a half years, the whole focus of this area will be to replant. And in a decade, maybe a bit more than that, it will look like a forest again,” he said. McCluskey also said it was not the company that cut the trees but the government authorities. But a forest planted by humans and left to nature's own devices takes some 100 years to mature, as experts explain.

Music to stop the cutting of trees

Bianet, a local independent online news platform, reported in August that contrary to CEO McCluskey claims, Alamos was indeed cutting down the trees through a subcontractor, Dogu Minga Mining. In fact, the news site states that the company has been cutting trees since 2017. At this point, the issue is no longer about who cut them, but how to prevent it from happening again, as 500 acres of land has been leveled and all of the natural habitat has been destroyed.

So far, authorities have been adamant to look into the claims. The motion to investigate the construction of the mine carried to parliament by 26 deputies from Turkey’s main opposition Republican People’s Party (CHP) was voted down by the ruling Justice and Development Party (AKP) and ally Nationalist Movement Party (MHP).

One of the country's leading organizations with a focus on protecting natural habitat, TEMA (Turkish Foundation for Combating Soil Erosion for Reforestation and the Protection of Natural Habitats) released a video with two trending hashtags: #altindaolumvar (there is death in gold) and #KazDaglariHepimizin (Kaz mountains belong to all of us):

TEMA has also launched a petition to stop the mining operations. At the time of writing this post, the campaign gathered over 500,000 signatures.

The protesters were also joined by several leading Turkish artists and writers. “An insult to the heritage of our world” is how renowned Turkish writer and musician Zülfü Livaneli described the crisis in an open letter penned to UNESCO. A former UNESCO Goodwill Ambassador, Livaneli asked the institution to help “create international public awareness about this horrible attack on our historic Ida mountain and on the local people of Ida”.

Another cultural celebrity, pianist Fazil Zay, gave a concert in late August at the site of the protest:

In an interview with Bianet, the mayor of Canakkale Ulgul Gokhan said that there are more mining contracts being signed in the region. Once they have become operational, he adds, more destruction will follow.

Others have taken to social media platforms calling on the Canadian government to pay attention to the issue:

Kaz Mountains are the lungs of our country and the region. There is a phenomenal ecosystem in the region. Don't stay silent when our forests are being destroyed. #Kazdağınadokunma this country belongs to all of us.

Stand up for your breath.

Although local authorities have claimed in the past they care for and pay attention to environmental issues, there is little evidence to take their word for granted. In Turkey, rule of law often tends to go hand in hand with government interests. While different people may be claiming ownership of Kaz Dağlari, it belongs to nature in the first place, and is sacred, as Homer once said.

Communique of the Bureau of the Boards of Governors of The African Development Bank Group following its Meeting of 4th June 2020 regarding the...

Kenyan Businessman Moses Mbai Making Fortunes in the US

Testimony: “Prophet Bushiri moved me from sickness and joblessness in Malawi to living great in USA.”

Communique of the Bureau of the Boards of Governors of The...

Amid US Racial Unrest, Black-Jewish Congressional Caucus Calls for ‘Justice for...

Using an Advanced Practice Pharmacist in a Team-Based Care Model to...