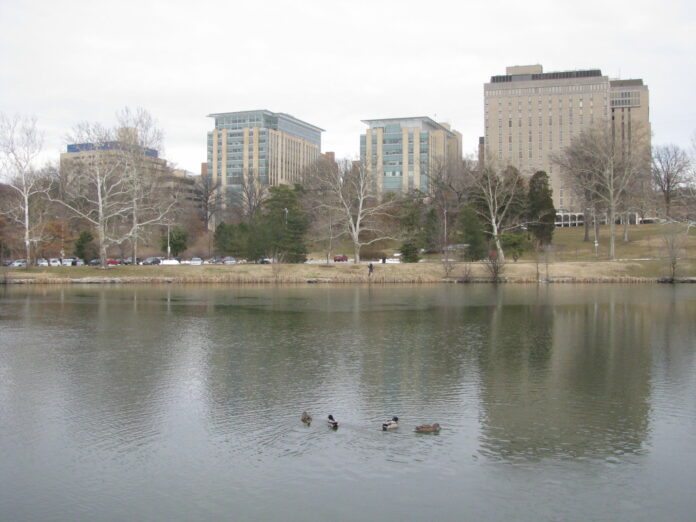 Eight years ago, Black voters in New York were the laughing stock of urban politics when they voted themselves out of power. The Eric Adams campaign may provide an opportunity for political redemption.

Adams has built a sustainable political base in the Black community as the Brooklyn Borough President. As a former captain in the New York Police Department (NYPD), he can forge alliances of mutuality with segments of the moderate Latino, Asian, and white communities concerned about public safety and police accountability.

Moreover, he can promote safe streets initiatives without throwing Black youths under the bus to appease public anxieties. He understands better than other candidates how these communities desire both law and order and equal justice. He was a cop when too many elderly and hard-working residents of color were afraid to leave their homes in fear of bandits.

Among the mayoral candidates, Adams has a real life understanding of how city government and municipal unions work. Rather than defund the police, he can push back against the NYPD, lobby for diversity in the union leadership, and promote accountability in the police command structure. And he can safeguard taxpayer money against the spendthrift ways of the liberal City Council.

Unlike the other candidates, Adams can be a credible mayor for the neighborhoods and not just a front for the progressive movement and its illusion of perfection. He can recruit companies that create jobs for residents with modest education and skills rather than chase them away like the Amazon controversy under the de Blasio Administration.

For Black voters, moreover, the Adams campaign can restore dignity after the embarrassing outcome of the 2013 Democratic mayoral primary. Few want to remember the abandonment of the campaign of one of their own – the moderate former comptroller Bill Thompson – for the false promise of Bill de Blasio progressivism.

Thompson was a well-qualified candidate who nearly defeated the incumbent mayor Michael Bloomberg in 2009. Bloomberg out-spent Thompson by more than 16-to-one but won by only 5 points. By all accounts, Thompson should have had the inside track in the open election of 2013. All he needed was for the people that had supported his earlier campaign to hang together. What happened, however, was a bamboozle for the ages.

Black voters were fooled by the racial trickery employed by the de Blasio campaign. It manipulated the imagery of a biracial family to ignite the myth of a post-racial city and even used the afro hairstyle of his son to resurface a symbol of the Black power era.

In a fast-moving Democratic primary, Black voters dropped Thompson in support of the illusion of a “liberal white savior.” It was a shocking reversal of fortune and, for the Black community, a sad demonstration of a dependency mindset that sociologist Joyce DeGruy has called the “Post Traumatic Slave Syndrome.”

The rest is history, of course, as de Blasio disappointed them on critical issues of the day: the failure to appoint Blacks to major city agencies, the cowering before the police unions, the reluctance to demand meaningful Black and Brown enrollment in the elite high schools, and the loss of jobs for the middle class.

Looking ahead, Black voters comprise over 26 percent of the population and play a swing role in city politics. As a voting bloc, they are competitive with the shrinking 33 percent white, 26 percent Latino and 13 percent Asian according to “The Changing Make Up of New York City Neighborhoods,” a 2010 study by the Furman Center.

In their favor, Blacks tend to vote at higher rates than the other minority groups, according to the 2019 “Voter Analysis Report” of the New York City Campaign Finance Board. However, the advantage is short term as media savvy figures like Andrew Yang, Alexandria Ocasio-Cortez and others mobilize their groups to vie for political power. If we are not vigilant, the time will come when the political class will fully ignore the interests of our community.

Already, far too many Black political leaders serve as appendages to the liberal wing of the Democrats to the detriment of a Black agenda. It’s just a matter of time before the liberal white voting bloc finds a way to leverage another politically unsophisticated racial ethnic group. Such is the thrust of the Kathryn Garcia campaign – a liberal white woman with a Spanish surname from marriage.

In closing, people must understand that their time is at hand—the Adams campaign may be the last best hope for them to get it right.

Roger House is an associate professor of American studies at Emerson College in Boston and the author of “Blue Smoke: The Recorded Journey of Big Bill Broonzy.” He grew up in East Elmhurst, Queens, attended the public schools, and received his undergraduate degree in history from Columbia University. His commentary is adapted from a version in The Brooklyn Eagle.