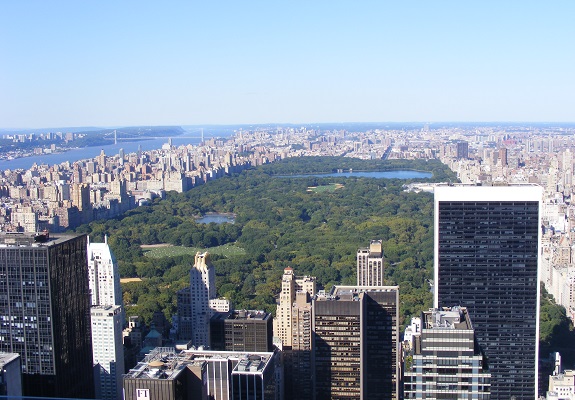 Bosco
Ntaganda’s lawyers have laid out 15 grounds of appeal against his guilty
verdict at the International Criminal Court (ICC) and asked the Appeals Chamber
to acquit him of all the 18 counts for which he was convicted.

This is
a reference to Judge Kuniko Ozaki, who the defense sought to have removed from
the case when she served for a brief period as Japan’s ambassador to Estonia
and as a non-full-time judge on the Ntaganda trial. The defense argued that
this dual role violated the requirements of judicial independence stipulated by
Article 40 of the Rome Statute, but the plenary of judges last June disagreed and declined to
disqualify Judge Ozaki.

In the
notice of appeal, the defense alleges various procedural irregularities that violated
Ntaganda’s right to a fair trial. These include the prosecution’s “inappropriate
access” to all of Ntaganda’s non-privileged telephone conversations from the court’s
Detention Center “without any vetting process.” It argues that in this process,
the prosecution obtained confidential defense information without informing the
defense and that the prosecution used this confidential information, including
in submissions to the trial chamber.

Furthermore,
the defense says the trial chamber failed to order the disclosure of material
relevant to the credibility of prosecution witnesses, such as payments and
other benefits given to witnesses. Other undisclosed evidence mentioned are confidential
material from the Thomas Lubanga case and information redacted from witness
statements. Ntaganda’s lawyers also cite the large volume of “unjustified ex
parte submissions and material” entertained by the trial chamber, including
its hearing of the evidence of the prosecution’s Witness P055 in the absence of
the defense.

Ntaganda was convicted for crimes committed in eastern Congo’s Ituri province during 2002 and 2003, while he served as deputy chief of staff of the Patriotic Forces for the Liberation of Congo (FPLC) militia, the armed wing of the Union of Congolese Patriots (UPC). Prosecution evidence shows that the UPC, whose members were mostly from the Hema group, targeted those of Lendu ethnicity. In his latest filing, Ntaganda says judges were wrong to find that he was responsible for the crimes they found to have been committed by FPLC/UPC soldiers and Hema civilians.

It is
also the defense’s contention that judges erroneously convicted Ntaganda of
individual criminal acts for which he was not charged, and for which the facts
and circumstances were not adequately pleaded. Additionally, the defense argues
that the chamber committed errors of law and fact by finding that the
contextual elements of crimes against humanity had been established beyond a
reasonable doubt.

In
particular, the defense contends that the chamber erred in finding that attacks
over which Ntaganda was convicted were carried out pursuant to an organizational
policy “to attack and chase away the Lendu civilians as well as those who were
perceived as non-Iturians.”

The defense
faults trial judges for purportedly relying on the evidence of insider
witnesses, which they “erroneously” found to be credible and reliable; and failure
to give sufficient weight to inconsistencies between the application forms of
victim who testified for the prosecution and their statements and evidence
under oath. It also faults judges for dismissing Ntaganda’s evidence, “including
on the basis of uncorroborated prosecution evidence.”

Further,
the defense argues that the trial chamber erred in finding that Ntaganda knew
that anyone under the age of 15 was enlisted, conscripted, or used to
participate in hostilities. It also claimed the findings that Ntaganda’s escort
included child soldiers, and that any child soldier was raped or sexually
enslaved, were manifestly unreasonable, shifted the burden of proof to the accused,
or misapplied the standard of proof.

The
prosecution has issued its own appeal notice, indicating that it
would appeal the findings of judges regarding two incidents, where they
acquitted Ntaganda for intentionally directing attacks against a church at Sayo
and the hospital at Mongbwalu.

Source of original article: International Justice Monitor (www.ijmonitor.org).
The content of this article does not necessarily reflect the views or opinion of Global Diaspora News (www.GlobalDiasporaNews.com).

Bookerism and the Black Elite

Prevention and Control of Seasonal Influenza with Vaccines: Recommendations of the...

DA submits 7000 pages of supplementary evidence to strengthen our case...

Can a beloved Tashkent theatre resist the wrecking ball? · Global...

Chinese censorship demonstrates it can afford the cost of ‘the death...

ILLINOIS SENATORS ANNOUNCE OVER $11 MILLION IN FEDERAL GRANTS FOR HOUSING...