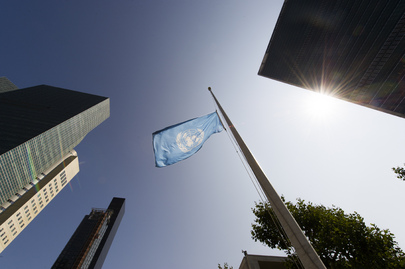 WHO and UNICEF call for improved access to assistive technology

Although more than 2.5 billion people worldwide need one or more assistive products such as wheelchairs, hearing aids and apps that support communication, nearly one billion are denied access to these life-changing tools, particularly in poorer countries.

The finding comes in a report published on Monday by the World Health Organization (WHO) and the UN Children’s Fund (UNICEF).

The report contains recommendations to expand availability and access.  It also highlights the importance of raising awareness of needs and implementing policies that promote greater inclusion.

WHO chief Tedros Adhanom Ghebreyesus called on countries to fund and prioritize access to assistive technology “and give everyone a chance to live up to their potential.”

Secretary-General António Guterres has appealed for greater commitment to diversity in the wake of the killing of 10 people in a racist attack at a supermarket in a predominantly black neighbourhood of Buffalo, in upstate New York, on Saturday.

The attack was carried out by 18-year-old Payton Gendron, who is white.  Most of the victims were African American.

The Secretary-General was appalled by this “vile act of racist violent extremism”, UN Deputy Spokesperson Farhan Haq said in a statement on Sunday night.

The UN chief condemns racism and discrimination in the strongest terms, he said, stressing “we must all work together towards building more peaceful and inclusive societies.”

With only three years left to achieve the goal of eliminating all child labour by 2025, countries are meeting at a conference in Durban, South Africa, this week to accelerate action.

The International Labour Organization (ILO) reports that some 160 million boys and girls – nearly one in 10 children worldwide – are still in child labour, and numbers are rising.

The COVID-19 pandemic also threatens to push back years of gains.

In his opening speech on Sunday, South African President Cyril Ramaphosa urged delegates to commit to taking “far-reaching actions” against what he called an “enemy” to development and progress.

ILO chief Guy Ryder told participants that while some may say child labour is an inevitable consequence of poverty, this is wrong, and tackling root causes – such as household poverty – is essential.

He said: “Child labour is a violation of a basic human right, and our goal must be that every child, everywhere is free from it.”