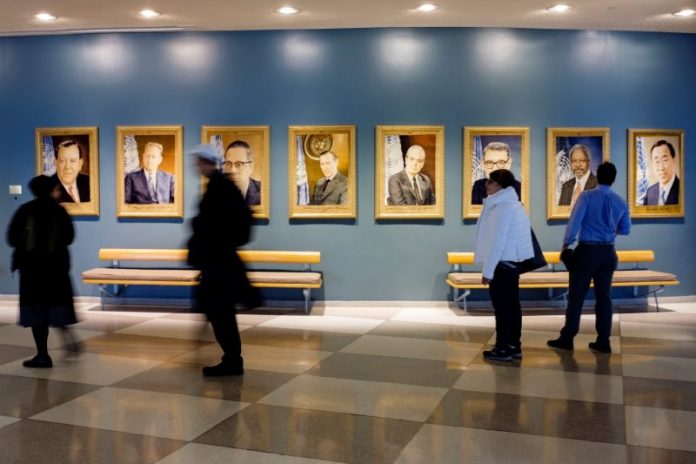 Seventy people have now died from Samoa’s measles outbreak, UN humanitarians confirmed on Tuesday, as the organization released emergency funding to help the authorities step up efforts to eradicate the preventable disease.

The development means that $2.6 million will be made available for the small Pacific island, where health providers have been reportedly overwhelmed.

Here’s Jens Laerke, spokesperson for the Office for the Coordination of Humanitarian Affairs (OCHA: “As of this morning, 4,819 measles cases have been reported to the Disease Surveillance Team since the outbreak started, according to the Ministry of Health in Samoa. There were 87 cases recorded over the past 24 hours.”

The OCHA official said that 61 of the victims were children under five.

He added that the emergency funding would be used to provide emergency vaccinations and care for mothers and newborns infected with measles.

The UN has also backed another national campaign, with workers going door-to-door to promote awareness about the importance of getting inoculations.

Such moves are seen as vital to rebuilding community confidence and trust following the deaths last year of two babies during routine vaccination, amid strong anti-vaccination sentiment.

The tenth of December is Human Rights Day, and six young female activists have been at the UN in Geneva, sharing their stories about how they’ve challenged injustice and helped drive progress.

Ms. Pataxo pushes for the protection of indigenous peoples in her country who she says are killed and persecuted for their land.

By encouraging young ethnic people to get involved in political discussions about their future, she hopes to be able to help them promote their interests.

With the help of youth association Engajamundo, Ms. Pataxo aims to help the 23 indigenous groups that live in her home state, Bahia.

It can be frightening work sometimes, she told UN News, but she believes it’s her responsibility to do something positive and carry on the fight that her ancestors started.

To hear the interview and see a picture of Hamagai, just go to our UN News twitter feed.

World economy ‘in grip of global slowdown after 2018 surge’

Global trade has been backsliding this year, UN economists said on Tuesday, estimating that it’s set to end the year 2.4 per cent down, with an overall value of $19 trillion.

This poor performance comes on the back of significant growth in 2017 and 2018, according to UNCTAD, the UN’s trade and development agency in Geneva.

In its 2019 Handbook of Statistics, it says that global economic output will only grow by 2.3 per cent this year – 0.7 percentage points less than last year.

And it believes that the services sector will increase by only 2.7 per cent – to $6 trillion – which is a “significant s lowdown” compared with the last two years.

Among the reasons for the falling value of trade, UNCTAD cites the high price of fuel in 2018, which has not continued into 2019.

Maritime transport has also lost momentum, with volumes rising by only 2.7 per cent last year, compared with 4.7 per cent in 2017.

In a world of new challenges, ‘we need to build on what unites us’, Assembly President tells UN Member States |

Chamber of Commerce spotlights concerns in the way of economic growth...