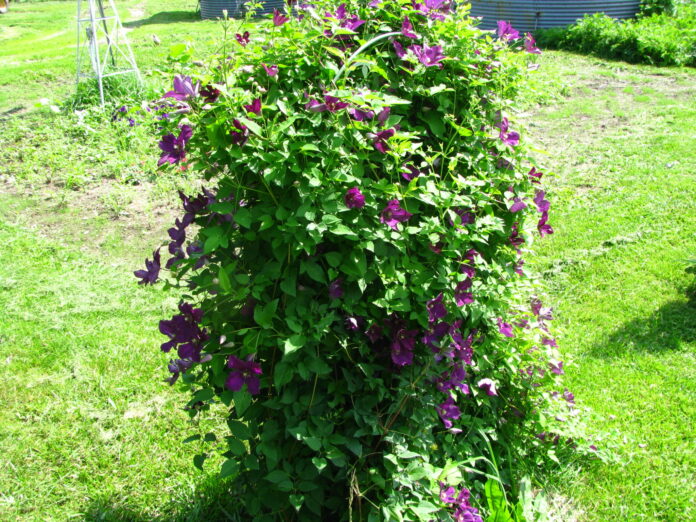 Uganda votes on Thursday Jan. 14, and the youth who make up 80% of the population have a chance to free the entire country.

The constitution will be restored, with presidential term limits, and the age limit of 75. Uganda’s constitution begins this way:

We The People of Uganda:

Recalling our history which has been characterized by political and constitutional instability;

Recognizing our struggles against the forces of tyranny, oppression and exploitation;

Committed to building a better future by establishing a socio-economic and political order through a popular and durable national Constitution based on the principles of unity, peace, equality, democracy, freedom, social justice and progress;

Exercising our sovereign and inalienable right to determine the form of governance for our country, and having fully participated in the Constitution-making process…..

The constitution then elaborates on how the new dispensation—a Uganda where the rule of law is supreme not ethnic apartheid—will be created, nurtured, and solidified.

The constitution, as the preamble clearly states, was meant to protect Uganda from tyranny for the rest of time. The constitution protects anyone who fights to remove a tyrant and states that, “Any person or group of persons who, as required by clause (4) of this article, resists the suspension, overthrow, abrogation or amendment of this Constitution commits no offense.”

Yet today, Uganda is a militaristic dictatorship once again under Gen. Museveni who overthrew the 1995 constitution by removing the presidential term limits and age limit of 75.

Museveni has imposed a regime of tyranny and bloodshed; a regime of torture and kidnappings; a regime of war, plunder and foreign invasions with Uganda’s neighbors, Rwanda, Congo, and South Sudan, paying the price with the loss of millions of lives. In Congo alone, for the war crimes there, the International Court of Justice ordered Uganda to pay reparations of $10 billion in 2005. The International Criminal Court (ICC) launched a separate investigation and Gen. Museveni begged Kofi Anan, then U.N. Secretary General to block it, according to The Wall Street Journal. Museveni’s  armed forces has committed massacres in every region of Uganda and operated concentration camps in the northern part of the country from 1986 to 2006 in a policy of ethnic extermination.

Corruption has become official policy, so odious that in December 2018 a Chinese businessman, Patrick Ho, was convicted in U.S. federal court of bribing Gen. Museveni and his foreign minister Sam Kutesa $1 million–the U.S. gained jurisdiction when Ho wired half the bribe through a New York-based bank.

This regime of tyranny can all end on Thursday when the young people who’ve been braving Museveni’s brutal security forces and showing up at campaign rallies of the opposition candidates vote to determine their destiny and Uganda’s.

The dictator has spared no measure of cruelty to remain in power. He has arrested and disrupted the campaign of Patrick Amuriat, leader of the opposition Forum for Democratic Change. He has disrupted and blocked the campaign rallies of Bobi Wine, candidate for the National Unity Platform (NUP) party and icon of the People Power Movement. Museveni’s security forces killed possibly hundreds of Ugandans—the police admitted to 54 deaths— who protested when Bobi Wine was arrested on Nov. 18, and he now blames those victims for “insurrection.”

Museveni’s security forces have assaulted and attacked journalists and his police chief Martin Okoth Ochola boasted that his officers beat journalists for their own protection while Security Minister Elly Tumwine defended a shoot-to-kill approach against unarmed civilians. Their statements could come to haunt them one day in front of a tribunal of jurors. The violence against unarmed civilians, even by Gen. Museveni’s standard is so unparalleled that Bobi Wine filed a complaint with the ICC.

Museveni’s security forces have abducted hundreds of young activists supporting Bobi Wine’s campaign and they’ve arrested more than 100 of his campaign staff. The lead Diaspora coordinator in the U.S., Herman Ainebyona, was one of those arrested just yesterday, shortly after his return to Uganda. Last week, Victor Balikuddembe, the son of a U.S.-based activist Lawrence Kiwanuka Nsereko, was also abducted from his home in Uganda. His whereabouts are also unknown. Both Ainebyona and Nsereko are U.S. citizens.

Yet the more the dictator tries to crush the opposition, the more support grows to vote him out.

The army has now been deployed in armored vehicles throughout the country in a show of force meant to intimidate the country. But the world is also watching. Dictator Museveni must know that in the 21st century, sooner of later, mass killers face a court of law. Sudan’s Omar Hasan al-Bashir bears witness to this observation.

The Diaspora is engaged in the fight to liberate Uganda, and are in total solidarity with those on the ground.

Dictator Museveni’s regime can’t survive without outside support. The U.S. alone provides $1 billion in annual taxpayers’ subsidy. More than half of his budget is subsidized by the outside world. His vicious soldiers are trained and armed by the United States. This is because dictator Museveni prostitutes himself as the “police man” of unstable Somalia on behalf of the U.S. and for that reason he’s allowed to get away with spilling the blood of Ugandans.

Diaspora activists in the U.S., Britain, and other countries have been forceful in exposing Museveni’s crimes and this has had impact. In recent weeks, outgoing U.S. Secretary of State Mike Pompeo and, separately, a Member of the U.S. House of Representatives Eliot Engel, have both issued strong statements condemning the violence by Gen. Museveni’s forces.

Pompeo has stated that there could be serious consequences. Even when he leaves office when Joe Biden is sworn in as president, any contemplated measures will be pursued, with even more vigor since Biden has stated he plans to make human rights central to foreign policy. Rep. Engel has listed several military officers to be targeted for Magnitsky sanctions for human rights abuses. Separately, Senator Bob Menendez has introduced a strong resolution condemning human rights abuses by the Museveni regime and also recommended sanctions, including economic measures. When Congress resumes Menendez’s resolution could become a bill and eventually law.

The youth of Uganda have braved Museveni’s cruelty. They join their elders on Thursday to vote for liberty from tyranny.

The birth of a new Uganda can begin on Jan. 14.