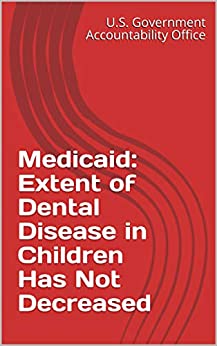 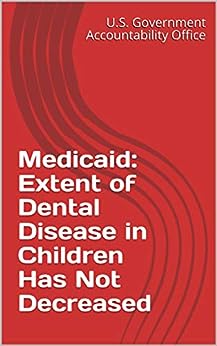 In recent years, concerns have been raised about the adequacy of dental care for low-income children. Attention to this subject became more acute due to the widely publicized case of Deamonte Driver, a 12-year-old boy who died as a result of an untreated infected tooth that led to a fatal brain infection. Deamonte had health coverage through Medicaid, a joint federal and state program that provides health care coverage, including dental care, for millions of low-income children. Deamonte had extensive dental disease and his family was unable to find a dentist to treat him. GAO was asked to examine the extent to which children in Medicaid experience dental disease, the extent to which they receive dental care, and how these conditions have changed over time. To examine these indicators of oral health, GAO analyzed data, by insurance status, from two nationally representative surveys of the Department of Health and Human Services (HHS): the National Health and Nutrition Examination Survey (NHANES) and the Medical Expenditure Panel Survey (MEPS). This statement summarizes the resulting report being released today, Medicaid: Extent of Dental Disease in Children Has Not Decreased, and Millions Are Estimated to Have Untreated Tooth Decay (GAO-08-1121). In commenting on a draft of the report, HHS acknowledged the challenge of providing dental services to children in Medicaid, and cited the agency’s related activities.
Dental disease remains a significant problem for children aged 2 through 18 in Medicaid. Nationally representative data from the 1999 through 2004 NHANES surveys–which collected information about oral health through direct examinations–indicate that about one in three children in Medicaid had untreated tooth decay, and one in nine had untreated decay in three or more teeth. Projected to 2005 enrollment levels, GAO estimates that 6.5 million children aged 2 through 18 in Medicaid had untreated tooth decay. Children in Medicaid remain at higher risk of dental disease compared to children with private health insurance; children in Medicaid were almost twice as likely to have untreated tooth decay. Receipt of dental care also remains a concern for children aged 2 through 18 in Medicaid. Nationally representative data from the 2004 through 2005 MEPS survey–which asks participants about the receipt of dental care for household members–indicate that only one in three children in Medicaid ages 2 through 18 had received dental care in the year prior to the survey. Similarly, about one in eight children reportedly never sees a dentist. More than half of children with private health insurance, by contrast, had received dental care in the prior year. Children in Medicaid also fared poorly when compared to national benchmarks, as the percentage of children in Medicaid who received any dental care–37 percent–was far below the Healthy People 2010 target of having 66 percent of low-income children under age 19 receive a preventive dental service. Survey data on Medicaid children’s receipt of dental care showed some improvement; for example, use of sealants went up significantly between the 1988 through 1994 and 1999 through 2004 time periods. Rates of dental disease, however, did not decrease, although the data suggest the trends vary somewhat among different age groups. Younger children in Medicaid–those aged 2 through 5–had statistically significant higher rates of dental disease in the more recent time period as compared to earlier surveys. By contrast, data for Medicaid adolescents aged 16 through 18 show declining rates of tooth decay, although the change was not statistically significant.

BUBS Naturals of Encinitas, CA Is Voluntarily Recalling Certain Lots of Its MCT Oil Powder Product Due to Undeclared Milk

Saint Lucia ratifies Convention No. 155 and its Protocol