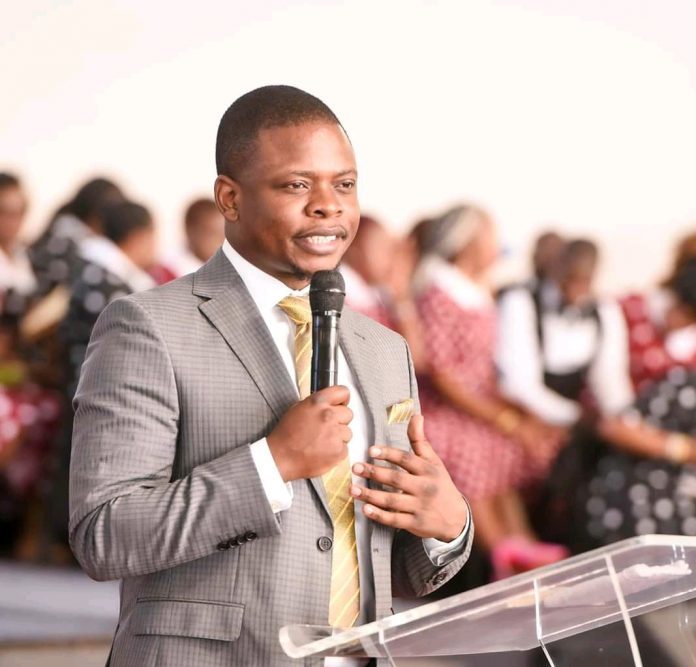 ECG Pretoria is celebrating 5 years of prophecies by Prophet Bushiri in Pretoria, the Capital City of South Africa over the 5 year period which he has been in South Africa as a form of evaluation.

“I’ve been here since 2015 and I’d like everyone who I prophesied to and the prophecy came to pass,” Prophet Bushiri said.

Many people came forth though some could not testify as they did not bring evidence of the manifestation of the prophecies.

The celebration started with Midrand resident, Advocate Mashudu Tsatsawani who got a prophecy that she would occupy the position that she was acting on.

Through the Prophet’s prophecy in 2018, things shifted in the spirit and the post was re-advertised for her sake as she hadn’t applied the first time.

The advocate who is now the Chief Director at the Department of Land Reform said when she received the prophecy, she could believe it, neither could she understand it.

“I received the prophecy without understanding how it would come to pass as candidates had already been shortlisted and interviewed,” Mashudu said.

Bushiri, who is fondly called Major1 by his followers regularly retorts back to his critics by saying, one can question his prophecies but you can’t question the answer whenever someone testifies of a prophecy that has come to pass.

It is the month of prayer at ECG and this Sunday was themed “The Sunday of Prayer and Prophecies” where he prophesied to as many people as he could.

Source of original article: Enlightened Christian Gathering Church News (ecgnews.online).
The content of this article does not necessarily reflect the views or opinion of Global Diaspora News (www.GlobalDiasporaNews.com).

A life powered by the Holy Spirit or a life bound in dead religion? | Torch of Christ Ministries / Evangelist Phillip Blair

LAST WORDS Of Daughter To Mother – “I AM NOT COMING BACK”

THE MOST DANGEROUS PERSON PART 2

THE MOST DANGEROUS PERSON PART 2

Toolkit for Employees and Worker Safety

A life powered by the Holy Spirit or a life bound...

Groote Schuur doctor describes her day in a Covid-19 ward

They lost the Civil War and fled to Brazil. Their descendants...

Despite Pandemic, Relocation and Assistance for Venezuelans Continue in Brazil

BET Her Announces Premiere of Tressa Smallwood’s “All In”