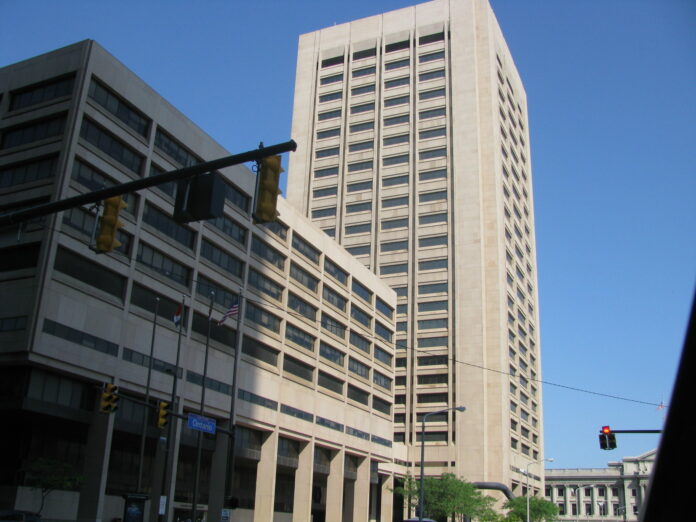 The Government of Liberia has reportedly repatriated a Sierra Leonean national to face prosecution back home, for killing a security officer in Sierre Leone.

The Commissioner-General of the Liberia Immigration Service (LIS) Col. Robert W. Buddy, who made the disclosure here Thursday, May 19, 2022, at the Ministry of Information in Monrovia, identified the Sierra Leonean murder suspect as Gabriel Dikah, who allegedly killed a Sierra Leonean police officer.

According to Commission-General Buddy, after the incident happened on January 14, 2022, in Sierra Leone, the accused fled to Liberia to escape investigation, but through Interpol network in the region, Liberia was able to identify Gabriel Dikah and he’s now in Sierra Leone, facing prosecution.

He also reveals that from January 2022 up to present, the Liberia Immigration Service has received a total of 26 Liberian deportees from the United States of America.

The LIS boss explains the 26 deportees include a female alongside 25 males, who committed various hideous crimes, while in the United States, for which they were arrested, processed, convicted and subsequently deported by the American government.

“These Liberians went to America and were given a green card. But unfortunately, they abused the law, so they were arrested, processed, and convicted for their crimes. However, they served their terms in prison, so LIS cannot add another punishment”, Commissioner-General Buddy explains.

He says LIS has been shearing deportees’ records with the Liberia National Police to enable them to keep surveillance on them, adding “That way we will know those that signed for them and the community they reside in.”

He says LIS is committed to carrying out its duty with zero tolerance for officers, who are unethical, troublesome, and unscrupulous.

Col. Buddy further discloses that LIS has dismissed four of its officers for various criminal offenses.

“These officers were dismissed for constantly embarrassing our foreign counterparts in the country for money and at the same time Musa Conneh, who was also disrobed along with the other three LIS officers even attempted to burn down our headquarters in Airfield Sinkor, Monrovia, Liberia after he was arrested.”

“We have some bad apples in the Service; we will make sure to get them out before they destroy the rest”, he vows. Editing by Jonathan Browne

“Gondwana is in my DNA”

Weah blames Liberian parents for the increase in at-risk youths

Broken toilets are a big problem across Cape Town’s townships

WHAT TO DO WHILE WAITING FOR THE MANIFESTATION OF GOD’S PROMISE...

Tuesday 28th June, Today’s Article: It’s All About The Master

Rep. Yekeh Kolubah: I will liaise with the devil to defeat...