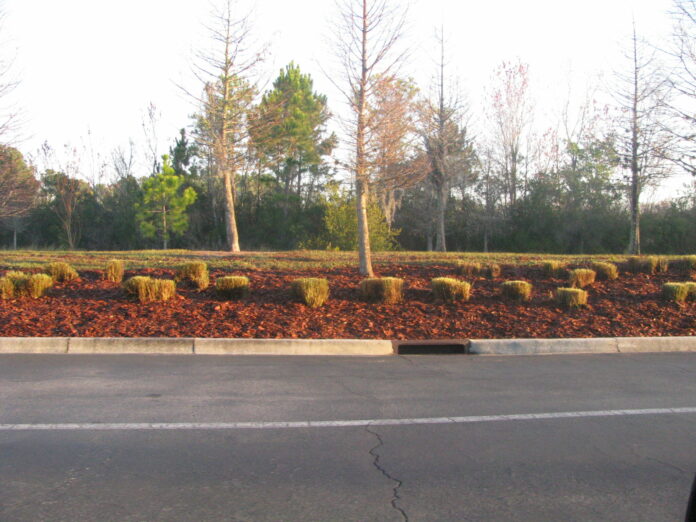 Some learners at Isipho Primary School in Ndwedwe, north of Durban are being taught outside because the two-roomed school does not have enough space to accommodate all 70 learners. Photo: Nokulunga Majola

Officials at the Department of Education visited Isipho Primary in Ndwedwe, north of Durban, after complaints about the lack of infrastructure and resources at the school.

On Wednesday, KwaZulu-Natal education department spokesperson Muzi Mahlambi said district officials were at the school to inspect the conditions and would submit a report thereafter.

When GroundUp visited the school last week, several learners were doing classwork at desks outside. The school consists of two classrooms that look weathered and do not have windows or doors. Parents say the nearest primary school is an hour away by foot and they cannot afford transport for their children.

Parent Gugu Ndlela explained that the school started in 2016 and came as a blessing to parents in the area. “Most parents are unemployed and survive on child support grants. When the principal came with the idea of building a school, we all welcomed it. But it has not been easy because the two classrooms cannot accommodate all the learners,” said Ndlela.

Ndlela said some learners had been using the community hall but they were recently told they can no longer use it. “Learners had to move back to the two rooms they were using. Due to the coronavirus pandemic, all the grades can’t fit into the two rooms, so some classes are conducted outside,” said Ndlela.

Hleziphi Mzobe’s son is in grade 2 at Isipho. Mzobe said that children don’t go to school when it rains because there is no space to accommodate all of them.

“We have tried everything as parents to get assistance. We wrote letters, even to the municipality, but to no avail. We are desperate and this school has been very helpful. Many children who were at this school are now in high school,” said Mzobe.

The school is currently not registered with the KwaZulu-Natal Department of Education which has made applying for assistance and resources harder. Most of the teachers are volunteers and learners use a pit toilet.

School Governing Body (SGB) chairperson Siyabonga Magubane said the school has found a site for a new school to accommodate all of the learners but needs help to build it.

“The founder of the school who is also the principal built two rooms and teachers are trying to adhere to Covid-19 regulations. This school is the only one close enough to walk to, other schools are very far from here. This is an impoverished community so it is difficult for parents to afford transport for children when they can barely feed them,” said Magubane.

Ward 14 Councillor Leonard Ngcobo said he was asked whether the school could use the community hall temporarily. He said he was no longer able to accommodate the school as the hall was needed for other community activities.

Ngcobo said he would support and assist where possible with the construction of the new school.

Parents are expected to meet with Department officials on Friday.

Ramaphosa and ANC must condemn Zuma’s attack on judiciary

Commuters stranded after taxi owner gunned down in Gqeberha

Neighbour pays rent for family, saving them from eviction … for now

Gordhan must declare his support for De Ruyter