A new report has projected that Kenya’s economy will remain subdued in 2023, growing at a projected 5%, owing to a persistent rise in commodity prices, global events and a high risk of debt distress.

According to the Macro-Fiscal Analytic Snapshot 2022/2023, there is an opportunity for Kenya’s economy to register a remarkable upward trend if the government focuses more on fiscal consolidation efforts that include cutting back on non-priority expenditures to increase investment and help tame runaway inflation.

The Institute of Public Finance (IPF) released the report in collaboration with the Oxford Policy Management (OPM).

The report also states that the postponement of fiscal consolidation in 2020 and 2021 made it difficult for the country to attain economic stability and resulted in the move from “medium: to “high risk” of debt distress.

Speaking during the official launch of the report, James Muraguri, the Chief Executive Officer of IPF noted that while there have been efforts by the current government to tighten its fiscal policy, more needs to be done in terms of cushioning Kenyans against the runaway inflation, effects of the Russian-Ukraine war and the depreciating value of the Kenyan shilling against the US Dollar.

He added that the last two years have seen the government set revenue and fiscal deficit targets that were overly ambitious.

“With limited buffers against external shocks, the government is finding itself in a tight spot as it tries to navigate the global tightening of the monetary policy and rising debt interest payments. With this in mind, we expect a change in policy direction focusing more on fiscal policy coordination to address surging price levels, cushion citizens facing hunger and starvation and the successful distribution of subsidized fertilizer during the upcoming long rains,” Muraguri said.

On donor support, the report notes that it has been on a fluctuating trend between 2016 and 2020. While there was an increase in total Official development assistance (ODA) disbursement in the years 2017, 2019, and 2020, of 12%, 21%, and 24%, respectively, the increase was because of expanded assistance to the education sector, health sector, WASH, production, and the humanitarian sector. However, there has been a decline in support for the economic infrastructure and services sector post-pandemic, partly because of a change in commitment from the financing partners.

Toward this end, there is a need for the government to shift from donor reliance and to develop a domestic resource mobilisation strategy to bridge the budget gaps currently being witnessed. Lower borrowing should also create space for private sector credit and higher investment in health, agriculture and education sectors which are critical pillars for long-term economic growth.

The report also listed key focus areas that are likely to shape economic performance during the current budget cycle. These include; The need to ease fiscal pressure through budgetary consolidation, Harmonisation of revenue measures, Level of debt distress, support to the agriculture sector, reorganisation of the health budgets and the performance of the County Governments.

“Our projections point to some pain for the local Mwananchi especially in the shorter term as the government continues to implement its macro-stability agenda. Sustained poverty reduction and growth over the next few years is possible if the government makes good its intentions to support the manufacturing and export sectors,” Muraguri added.

The report’s findings match those World Bank released in December 2022.

World Bank revealed that the growth of Kenya’s economy would average 5.2% in 2023 and 2024, notwithstanding current global and domestic shocks.

“We expect these developments to catalyse private investment to support economic growth over the medium term,” the finding said.

Rutonomics: Decisions that will shape Kenya’s economy in the medium-term

Source of original article: Business and Investment News for Africa (theexchange.africa).
The content of this article does not necessarily reflect the views or opinion of Global Diaspora News (www.GlobalDiasporaNews.com). 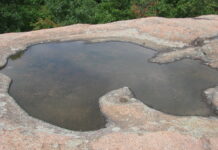 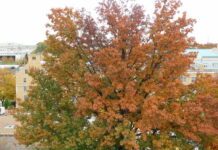 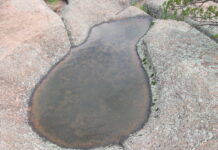 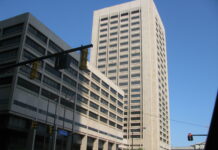