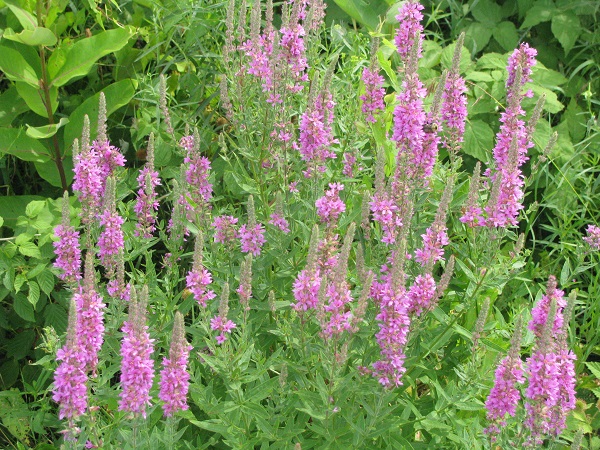 The latest Intergovernmental Panel on Climate Change (IPCC) working group report gives us until 2030 to stop global warming at 1.5°C. The report proposes several steps that are vital to achieving that goal.

All sectors of the global economy, from energy and transport to buildings and food, must change dramatically and rapidly, and new technologies including hydrogen fuel and carbon capture and storage will be needed.

What chance do we have of getting even close to meeting those requirements?

Getting tough with the culprits

Evidently, not much. John Kerry, President Biden’s climate envoy, says we’re on track to see global warming rise to between 2 and 2.7 degrees Celsius in the near future. The IPCC says the same. A basic problem is that no regulatory body exists that can tell individual governments what they should be doing to meet their climate responsibilities. That job is left to an informed public, responsible governments, and especially nongovernmental expert groups to figure out.

For example, how can we bring the fossil fuel industry to heel? Research has shown that the Big Four oil companies—Chevron, Shell, BP, and Exxon-Mobil—are alone responsible for 10 percent of global emissions. The Union of Concerned Scientists tries to answer that question in the Winter 2022 issue of Catalyst. UCS lays out four ways to undo the damage to the environment being caused by the major and lesser oil and gas companies:

1. Compiling evidence of what Big Oil scientists knew and know about climate change that they did or did not choose to disclose to outsiders.

2. Increasing lawsuits against fossil fuel companies at city, county, and state levels for damages to the environment and fraudulent risk statements. (Right now, 29 such suits are in progress.)

4. Providing science-based information on the carbon emissions of the major oil companies.

But facts, pressure, and lawsuits have thus far failed to move the Big Four and their friends in legislatures. And even if those folks can be forced to make policy changes, will they be in time to save us from the predicted increase in floods, hurricanes, disease, forest loss, and drought?

Ways forward on the technological side

Proponents of technological tools for fighting climate change think they have an answer. Dave Roberts, a strong voice on clean energy, cites rapid advances in electrification of cars, industry, and buildings as the key to meeting climate change goals. Prices for the technology are coming down very fast, he says:

“The tools for electrification, which are mainly wind and solar power, batteries, and then electrolysis to create green hydrogen, all four of those technologies are on what are called learning curves, which means, every time the deployment, the global deployment of those technologies doubles, their price drops by a predictable amount.”

Four scientists who helped write the IPCC report support Roberts’ prescription, adding that we shouldn’t be so concerned about which energy renewables or which technology will contribute most to offsetting carbon emissions. The main point, the IPCC says, is that:

“For the coming decade, rapidly reducing coal electricity and building extensive wind, solar and storage systems are low-cost strategies in many places, regardless of how much energy might or might not eventually come from renewables. This is because plummeting costs make solar and wind increasingly competitive, and electricity from solar is now the ‘cheapest source of electricity in history’ in some locations, according to the International Energy Agency. Moreover, the costs of batteries and other storage technologies are also declining.”

Indeed, a look at the maps below of reliance on wind and solar energy reveals that Europe is far ahead of the rest of the world, with nine of the top ten countries (led by Denmark at an astounding 52 percent) relying on wind and solar for electricity. Contrast that with the US (13%), China (11%), and India (8%), showing that in terms of population, we have a long way to go before green energy wins out.

Time is not on our side

A major move in electrification will be helpful, but it will only be a partial response to the climate crisis. For instance, it won’t address all the sources of climate change, such as methane, the most potent greenhouse gas whose principal human-activity source is agriculture.

Furthermore, past experience shows that environmental remedies do not necessarily create trickle-down effects. The poorest countries and the poorest people are most affected and least helped, especially financially, by environmental abuses over which they have no control. Cost estimates on countering climate change run into the trillions of dollars.

Then there are irresponsible governments, such as the Bolsonaro regime in Brazil, which is now engaged in the criminal destruction of the Amazon’s forests and its indigenous people; and China, which has ramped up coal mining. Forest and species loss is very high despite commitments made at COP26 last year.

And let’s not omit irresponsible fossil fuel companies, which only want to talk about increasing production, not alternative energy and conservation. Meantime, in a world of 1.5°C to 2.0°C warming, the IPCC report predicts not just extraordinary damage to world food supplies—perhaps eight percent of the world’s farmland no longer producing food, for example—but also very high death tolls from environmental emergencies. And those predictions predate the Ukraine war, which has caused huge grain losses.

One of the many authors of the IPCC report said: “It’s now or never, if we want to limit global warming to 1.5°C Without immediate and deep emissions reductions across all sectors, it will be impossible.”

John Kerry, in a recent interview, was equally realistic, which is to say, putting the best face on a dire situation. He said:

“We’re way behind. And we’re not going to catch up in that period of time. The best thing that we can do at this point is win the battle of getting on track faster. We could be deploying the renewable technology we have today much faster, to a much greater extent and begin to bring down the emissions, notwithstanding Ukraine, notwithstanding the pressure people are feeling about the supply of oil and gas and fossil fuel. Just the transition off of coal or oil to gas will help us meet the goal of this next six to 10 years.”

In a nutshell, if the will and the politics were there, we can get through the climate crisis. But those who have the power to make it so have other plans.