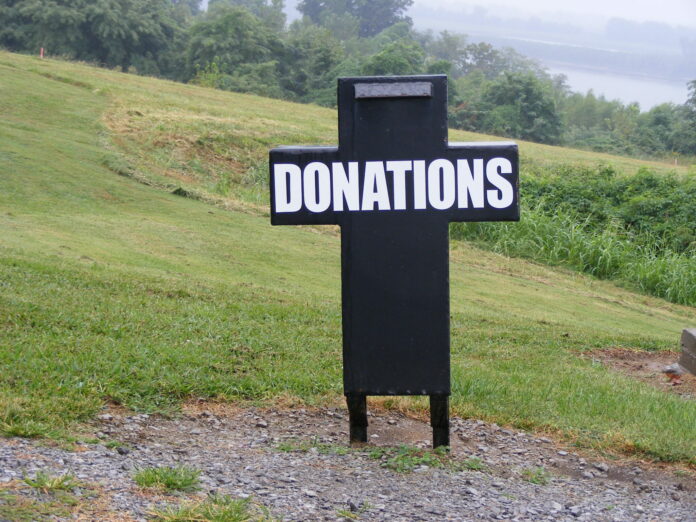 Israeli Ambassador to the US and the UN Gilad Erdan argued in his speech accepting The Algemeiner’s “Warrior for Truth” award at its annual “J100″ gala on Tuesday that “perhaps the biggest threat facing Israel and the Jewish people is the deadly combination of lies and disinformation.”

Erdan, who has been active in combating anti-Israel bias at the United Nations, asserted that “these lies are the ammunition that our enemies use to incite hatred against so many innocent Jews and Israelis.”

“These lies are the weapons that our enemies use to delegitimize our fundamental right to defend ourselves,” he said.

“I am the proud grandson of Holocaust survivors,” Erdan explained. “Their horrific and heroic stories ingrained in me from a young age that the disinformation may only begin with words, yet physical violence is always only one small step away.”

As “the most recent example of the danger that distorting the truth poses,” Erdan cited Israel’s Operation Guardian of the Walls in May, which saw a massive outbreak of antisemitic violence in the US and Europe.

“The facts were straightforward: Hamas fired 4,000 rockets indiscriminately at innocent civilians, including Jerusalem,” he said. “Israel, in stark contrast, did everything to protect human lives on both sides and to minimize civilian casualties. Yet those who hate Israel and the Jewish people began a campaign of lies and false accusations to defame Israel. And these messages spread quickly with the help of social media.”

“These lies translated into physical acts of violence against Jews around the world,” he noted.

Erdan described Israel’s campaign to persuade many countries to abstain from a UN commemoration this year marking the anniversary of the 2001 Durban Conference, an event that, while ostensibly dedicated to anti-racism, was riven by antisemitic and anti-Zionist racism.

“I worked with my colleagues around the world and with Jewish organizations to generate an intense diplomatic pressure campaign,” Erdan said. “And thanks to our efforts, 38 countries publicly denounced the event and did not attend. The empty chairs in the UN General Assembly served as living proof of the power of truth.”

Erdan also recounted how he recently attempted to bring an image into the General Assembly showing that an employee of the UNRWA — the UN’s agency serving descendants of Palestinian refugees from Israel’s War of Independence — had praised Hitler on social media. Erdan was prevented from doing so by UN security personnel.

“Shockingly, the UN did not let me bring this into the General Assembly for all to see,” he said, “but I wasn’t deterred. I swore to spread this message across the word.”

“Dear friends, Rabbi Shimon Ben Gamliel, the great Tannaitic sage, once said, ‘The world stands on three pillars: justice, truth, and peace,’” Erdan noted. “These words serve as a guiding light for me. When the truth prevails, justice and peace can be established; yet without truth, anarchy and violence reign supreme. Let us all be students of Rabbi Shimon Ben Gamliel and support the pillar of truth.”