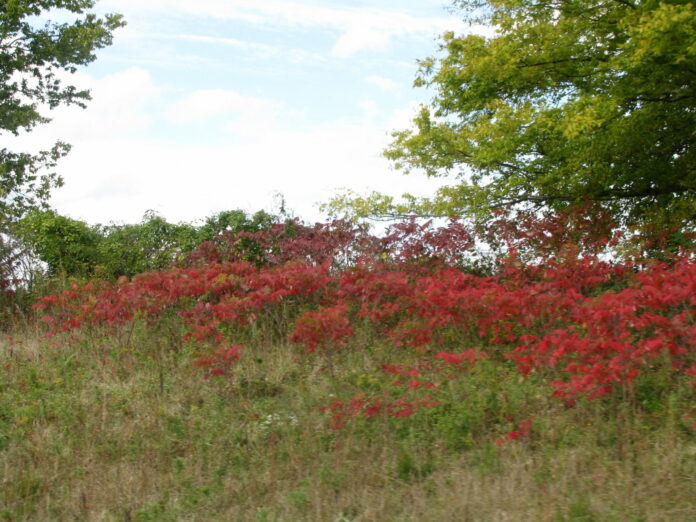 What could possibly link the Chinese city of Wuhan to Chernobyl, the site of one of the worst nuclear disasters in history? At first glance, not much, except that the term 切尔诺贝利 (the transcription of Chernobyl in simplified Chinese) has surged on Chinese social media when discussing the outbreak of COVID-19, the flu caused by the coronavirus first reported in Wuhan. As public outrage mounts, Chernobyl has become a code word to discuss an extremely sensitive issue — the political future of the Chinese Communist Party (CCP).

Chernobyl and the end of the Soviet Union

The Soviet Union was officially disbanded in December 1991. Its dismantling was due to a mixture of economic, military and ethnic factors as well as an ideological opening in the form of “glasnost”, or transparency, that started in 1986. This commitment to increased transparency in the USSR was led by then-Soviet leader Mikhail Gorbachev who believed that reforms were inevitable. One of the many accelerators of glasnost is recognized by historians as the April 1986 nuclear disaster that happened in Chernobyl:

Few Westerners were convinced that the new leader’s reforms would be serious in 1985 and 1986. Yet by 1987, the year following Chernobyl, glasnost had taken hold of Soviet society, with sudden openness dominating the press and the public forum. Outrage over the catastrophe began to spread among even loyal citizens who had never questioned the infallibility of their government.

As Gorbachev gained influence, he was able to reform Communist rule to the point that the party was dismissed after 74 years in power. His May 1989 Beijing visit is well remembered in China among intellectuals and critics of the CCP. It happened less than three weeks before the June 4 Tiananmen massacre and illustrated the sharp contrast between reformist Communism in the Soviet Union and conservative Communism in China.

The art of indirect criticism

In a country where freedom of expression in public spaces has become increasingly curtailed, using coded messages to comment on political and social issues is a matter of professional and personal survival. It has become second nature for those who dare to criticize or disagree with government policies and statements, whether they are journalists, academics, activists, doctors or regular citizens.

A telling example is what happened to the Hollywood production Avatar when it screened in China in 2010. The film became so popular that the Chinese government limited its screening. But the reason was not only that it caused home production to pale in comparison, but also because Chinese viewers gave Avatar a politically charged interpretation as this article explains:

To many Chinese bloggers, Avatar is unmistakably a fable about unscrupulous city enforcement officials, known as ‘chengguan’, forcefully evicting residents in the name of local development.

A more recent example of Chinese government’s zero tolerance for criticism can be seen in the fate of Doctor Li Wenliang. In December 2019, before the public knew about the novel coronavirus, the young doctor shared his observations about a series of mysterious infections among Wuhan patients in a small online chat, for which he was then questioned by the police. He eventually contracted the virus and died of the infection on February 6, 2020.

For those familiar with the Chinese online space, it comes as no surprise that Chinese netizens have adopted yet another foreign reference to express their anger and frustration at the total moral failure of the CCP and top Chinese officials in the wake of the COVID-19 outbreak.

There may be a number of reasons why Chernobyl has become the latest symbol: the HBO mini-series, Chernobyl, is popular among Chinese viewers and allows them to hide their comments as discussions about the show. Those who are familiar with late Soviet history also use the term to talk about an absolutely taboo topic — the possible demise of the CCP in China.

On February 5, the top trending stories on WeChat, the most popular Chinese social media platform, included several stories with the term 切尔诺贝利  (Chernobyl).

References to Soviet-era political dissidents and writers are also part of the Chernobyl narrative. In early February, several memes were circulated over Chinese social media quoting Soviet dissident and writer Aleksandr Solzhenitsyn. Solzhenitsyn is regarded as one of the most powerful critics of Communism in the Soviet Union. His most popular quote, as seen on the top photo, says:

Another popular meme uses another quote by Solzhenitsyn and adds to the previous quote:

“The world is being engulfed by the brazen conviction that power is everything and justice is nothing”.
Whe should live for ourselves, not for the lies! [The text printed in white on the black background is yet another quote by Solzhenitsyn and says:】“In this world, the most depressing thing is when the literary life of a nation is destroyed by violence. It is not just forbidding the freedom of public opinion, but forcibly plunging the mind of a nation and eradicating its memory. In this case, the entire nation nothing but a dead body. Solzhenitsyn

This message of dissidence is not falling on deaf ears. A number of intellectuals have recently spoken out publicly on issues many Chinese citizens are forced to keep to themselves. On February 4, Chinese legal academic Xu Zhangrun published a powerful online essay openly criticizing the Chinese government, called 愤怒的人民已不再恐惧 (“When fury overcomes fear”). He writes:

Ours is a system in which The Ultimate Arbiter [an imperial-era term used by state media to describe Xi Jinping] monopolizes power. It results in what I call “organizational discombobulation” that, in turn, has served to enable a dangerous “systemic impotence” at every level. A political culture has thereby been nurtured that, in terms of the real public good, is ethically bankrupt, for it is one that strains to vouchsafe its privatized Party-State…while abandoning the people over which it holds sway to suffer the vicissitudes of a cruel fate. It is a system that turns every natural disaster into an even greater man-made catastrophe. The coronavirus epidemic has revealed the rotten core of Chinese governance; the fragile and vacuous heart of the jittering edifice of state has thereby shown up as never before.

The essay starts with a quote by Boris Pasternak, an opponent to Stalin:

February. Get out the ink and weep!
Sob in February, sob and sing
While the wet snow rumbles in the street
And burns with the black spring.

Since the release of Zhang’s essay, censored in China but circulated by people who have access to VPNs or friends abroad, other daring initiatives have occurred. Most recently, a petition signed by hundreds of doctors, intellectuals and citizens is now circulating and demanding changes:

The petition, addressed to the National People’s Congress, lists five demands for Beijing: to protect people’s right to freedom of expression; to discuss the issue at NPC meetings; to make February 6, the day Li [Doctor Li Wenliang] died, a national day for free speech; to ensure no one is punished, threatened, interrogated, censored or locked up for their speech, civil assembly, letters or communication; and to give equitable treatment, such as medical care, to people from Wuhan and Hubei province.

As the CCP is preparing for a major political event, the March 5 “Two Meetings” (两会 in Chinese), the annual plenary sessions of the two bodies that vote on political decisions at the national level, it will have to consider mounting pressure in the form of rare displays of public frustration that haven’t been witnessed in years.

Check out Global Voices’ special coverage of the impact of the Wuhan coronavirus.

Antisemitism Must Be Fought With Policy Action, Not Lip Service

Who Will Protect the Children of the Holy Land From Palestinian Adults Who Serially Brainwash Them to Hate?

How to Save the Failing World Order?

Why Jordan Denies Any Jewish Connection to Its Land

Turning Human Rights Into a Joke

In the Trump Era, Politicians Ignore Grave Threats to America