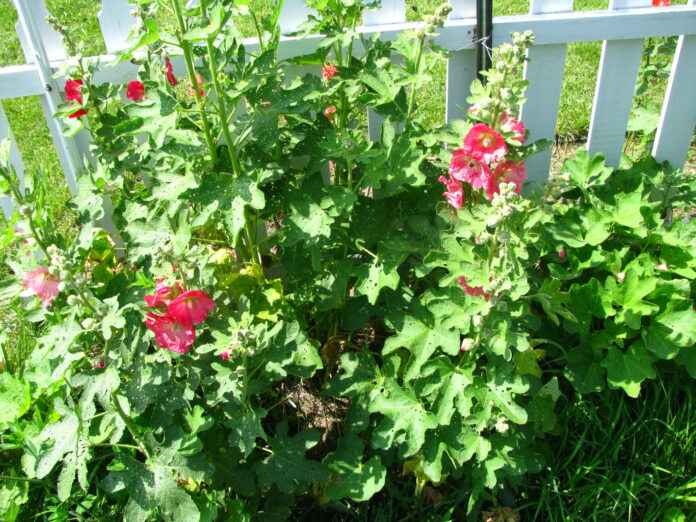 Trump’s incompetent presidency has led to over 100,000 COVID-19 American deaths. Here we see him playing golf.

Medical epidemiologists have tracked the underlying health challenges that have pushed a dangerous infection of coronavirus into fatalities for so many Americans—they term it “comorbidities,” the factors that make COVID-19 so very lethal. There is a comorbidity that doesn’t make the normal charts, and that is the early and ongoing failure of Trump to lead intelligently.

In the last 21 weeks, I have seen many defenses of Trump that defy facts and prioritize values I do not share—that Wall Street is more important than human life, for instance. There is a long list of policy blunders which have had predictable detriment to public health. As such, the global pandemic of the novel coronavirus which causes the COVID-19 disease in combination with the current White House response presents a particularly dangerous comorbidity.

It is important to understand that Trump’s pattern of delay, deflection, dishonesty, and distraction has produced many utterly unnecessary deaths of Americans—we have by far the largest number of deaths from this plague, more than 102,000 out of 354,000 worldwide. This is classic incompetent leadership.

For many medical issues, early detection and rapid response can make the difference between life and death. The size of a tumor can, for example, determine whether or not it is operable. Early detection of cancer can provide the opportunity to limit spread. The same is true in the spread of contagious disease.

Dr. Mike Ryan, executive director of the World Health Organization’s Health Emergencies Program, said, “In the first weeks of January, the WHO was very, very clear. We alerted the world on January the 5th.” This WHO notice came weeks before any cases or fatalities were reported in the US, but the warning was clear from the experts; it is coming. Prepare.

Trump chose inaction, and the pattern has persisted. In January his team tried to convey the significant need for a response through ominous briefings while experts warned that the virus threatened becoming a global pandemic. On Jan. 22ndof concern for the coronavirus he insisted “we have it totally under control. … It’s going to be just fine.” Why listen to medical experts when Trump knows it all?

The Lancet, a leading medical publication, presented the finding that the virus could be carried and spread by asymptomatic individuals on Jan. 24th. This clearly indicated the robust value of social distancing and testing for the virus. By the time Trump took his first responsive action to restrict travel from China, at the end of the month, the US was already infected.

In those most important early weeks Trump actively made things worse. He did not just fail to prepare for the disaster his experts desperately warned him about, on Feb. 7th the State Dept. announced, “[we have] facilitated the transportation of nearly 17.8 tons of donated medical supplies to the Chinese people, including masks, gowns, gauze, respirators, and other vital materials.” Based on his magical thinking, a significant amount of personal protective equipment was given away. Scientists warned, Trump ignored.

Sending the PPE to China was a fine humanitarian gesture, but why would Trump later claim that we are so short of all this vital material because Obama “left the cupboards bare” when Trump had three years to fill those cupboards back up and instead dismantled the federal pandemic task force that Obama created in 2015, firing some and sending others to unrelated jobs in 2018?

We are still short of PPE and other life-saving materials because Trump has hogged the television spotlight to spitball poor ideas of his untrained and uninformed own, instead of following virologists’ advice and issuing federal mandates that could have flattened the curve. I mean, the practices he controls from the top are radically his own—such as telling federal agencies to basically stay out of it and let states make all their own mandates. The Occupational Safety and Health Administration (OSHA), under his control, has issued zero citations to help force risky, crowded workplaces to practice the sorts of things that could reduce infections.

He consistently missed opportunities to mobilize ounces of prevention and instead he promises miracle cures with no scientific backing or support… Trump on Feb. 10th, “Now, the virus that we’re talking about having to do — you know, a lot of people think that goes away in April with the heat — as the heat comes in.”

The most important detail is that it happened during the month of March when the US could have prevented about 36,000 deaths if social distancing measures had been put in place just one week earlier.

Trump missed every opportunity to act early. Early leadership could have saved tens of thousands of lives, just one week, and he had over a month. But he also stymied the ability to respond with the crisis when it arrived.

Now in May, we see that the chronically dishonest president is adding to his 18,000 lies at a record pace. He promotes treatments that are not medically supported, and he promotes treatments that are completely nonsensical, while distorting statistics and truth and extorting favors from governors and states in need of aid. We now have more than 100,000 recorded deaths from COVID-19 in the US. Two months ago that total was only 471, and we’re lucky in some places because despite the failure to act at the federal level, some governors took life-saving steps. One in four Americans gained added protection when California, New York, Illinois, Connecticut, and New Jersey started applying strict rules on March 21st.

We will never know the exact number of infections at workplaces like meatpacking plants, because Trump decided hotdogs were more important than human life. We will not know if a dedicated rapid-response at the first signs of emergency could have prevented global spread or community spread in the US, like Obama managed when responding the Ebola pandemic. But there should be no doubt about it, countless lives have been unnecessarily lost as a direct result of the failures of an administration plagued by inaction, and paralyzed by a president who will never take any responsibility. People die while Trump lies.