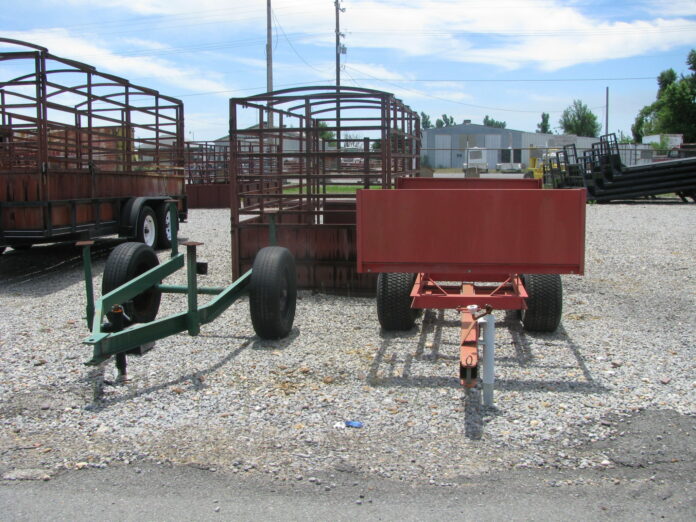 JNS.org – The worldwide pandemic COVID-19 is wreaking havoc in its relentless sweep across the planet, not only in terms of health needs and care, but in economic terms as well. It has quashed the booming stock market and decimated unemployment lows, with such turmoil expected to continue for the next few weeks and maybe months.

While the long-term impact of the coronavirus is yet to come, Jewish communal organizations are already hearing from small business, individuals and groups that have immediate financial needs as they try and cope with the shutdowns. At the same time, many are concerned that donors may not be able fulfill previous pledges or increase donations to meet the deficit because of the economic downturn.

“Federations in every community are deeply involved with their community and are already responding to needs of their communities,” said Eric Fingerhut, president and CEO of the Jewish Federations of North America. “Obviously, we know we have a large number of people who are isolated and quarantined. We have Pesach coming up, and we are going to need to make sure everyone all the people in our community have the ability to have a seder, kosher-for-Pesach food, and that those who are isolated are cared for and have essential needs.

“This is what the collective exists for, and I couldn’t be more proud of them,” he continued. “The crazy thing about this is while there may be areas slightly more impacted, it is truly a global crisis.”

The closing of stores and businesses of all sizes is causing a financial impact to schools, Jewish community centers and other agencies, added Stephan Kline, the interim director of the Washington, DC, office of the JFNA.

Jewish Nevada, the local federation office based in Las Vegas, has already mobilized to help residents, with its website also posting a special COVID-19 section with a host of resources and links.

“As we continue to assess the needs of the community, we have opened a COVID-19 relief fund that will help us to address needs as they come in,” said Stefanie Tuzman, president and CEO of Jewish Nevada. “But we have immediately provided financial support to our synagogues and agencies, which are receiving direct requests for assistance from their congregants and members. We are working closely with our Jewish Family Service agency to not only provide funding support, but to provide food for Passover for homebound seniors, as well as volunteers to help deliver food to those who are restricted.”

Mirroring other free loan societies across the country, the New York-based Hebrew Free Loan Society is already seeing the effects of the economic downturn caused by the coronavirus.

“We have to move fast and be thoughtful—and those two things don’t always come together,” acknowledged David Rosenn, executive director of the Hebrew Free Loan Society, which helps people in New York City, in an online program last week sponsored by the Jewish Funders Network, which connects philanthropists to needs in the Jewish community. “A lot of people are already under financial pressure.”

The Hebrew Free Loan, which provides aid to individuals and small businesses in Westchester County, NY, Long Island and New York, has already altered its repayment schedules for the 130 business that have borrowed money and changed some terms of its loans for others.

“The HFLS Board just approved last night allowing all of our borrowers to hit pause on repayments for the next two months,” Rosenn said in an interview with JNS. “That will keep money in the pockets of lower-income people who are going to need to marshal all their financial resources in the weeks and months ahead. That will create a $1.3 million problem for us in terms of cash flow, but better us than our borrowers. We need to be taking actions that we would not normally consider, because it’s not a normal time.”

The organization has also created a special “Coronavirus Financial Impact Loan,” awarding loans of between $2,000 and $5,000 to low-income households to help with child care for those who have to work, medical bills, loss of wages and other needs.

According to Rosenn, 300 loan applications were downloaded as of the end of last week, and “about a dozen completed so far, but we just put it up, and we expect volume to increase very soon.” Before the outbreak, “we were on track to make $20 million in loans—a total of 1,400 loans. We anticipate 40 to 50 coronavirus loans per week, for the next 12 weeks for a total of 480 to 600 loans [at a cost of] $2.4 million to $3 million.”

‘A systematic impact on the entire community’

Andres Spokoiny, the president and CEO of the Jewish Funders Network, believes the economic impact of the coronavirus will affect many different groups.

“We are looking at a systemic impact on the entire community. I don’t think we’ll be able to isolate this to a specific sector,” he said during an interview with JNS. One of the concerns, he pointed out, is that many Jewish organizations host major fundraising events in the spring. Those are now canceled.

“There is going to be a big loss because of how the galas work. There’s a whole economy in the nonprofit world that lives off these fundraising events,” explained Spokoiny, noting that non-profits are telling their donors that even though the events are off, donation requests are on. “So far, the response from the philanthropic community is very encouraging. People are committing to give the same sponsorship even though the event is not taking place.”

However, he added, “we’re still at the beginning.”

Noted Fingerhut, “We have many wonderful, innovative programs in our community that we want to support and sustain, but we have to do some triage … anyone who thinks we are not going to lose something from this total mosaic of Jewish communal life is being dishonest.”

Recognizing that significant numbers of families are already struggling financially, the Orthodox Union has launched several initiatives to address food insecurity. Among efforts are an online portal called Kosher Food Lifeline, where people can post about the availability of free or low-cost kosher food in different communities. Those needing a meal can search the database for a food source near them.

“The crisis has deprived many families of income, and others are confronting wholly unanticipated, non-discretionary expenses—all the more devastating during this period leading to Passover,” said Orthodox Union Executive Vice President Allen Fagin. “The OU is devoting significant resources to help with the food-insecurity issues that our community is facing due to the COVID-19 outbreak.”

Also helping with emergency food needs is the Met Council on Jewish Poverty of New York. The agency just received a $1,750,000 grant from the UJA-Federation of New York to continue its operations and supply food pantries across the state. The funds will also help provide emergency Passover meals to more than 180,000 Jewish New Yorkers in need.

“Met Council is on the front lines with UJA-Federation dealing with an unprecedented crisis unfolding in our city. After health care, the No. 1 concern that we should have is feeding struggling, homebound and elderly New Yorkers,” said David G. Greenfield, CEO of Met Council. “The emergency food-pantry system is strained in a way that we have never seen before. This emergency funding from UJA will allow us to serve hundreds of thousands of New Yorkers who are now in crisis.”

One element that everyone agrees will be critical for Jewish organizations at the frontlines of providing assistance to their communities is some assistance from the federal government.

To that end, the Jewish Federations of North America signed on to a letter signed by more than 40 other major non-profit agencies requesting a $60 billion in aid to help those most in need. Also signing on to the letter was the Orthodox Union.

According to Kline, who serves as Federation’s point person in Washington, DC, like all other industries—transportation, tourism, the arts—the no-nprofit sector, which accounts for 10 percent of the gross domestic product, needs to lobby for its specific needs.

“The president and Congress are talking about a trillion-dollar aid package … can we get a great package of support for the nonprofit sector?” posed Kline. Among the items that Federation and other non-profits are asking the government for are charitable tax incentives or loans and grants “that would be bring in added new revenue.”