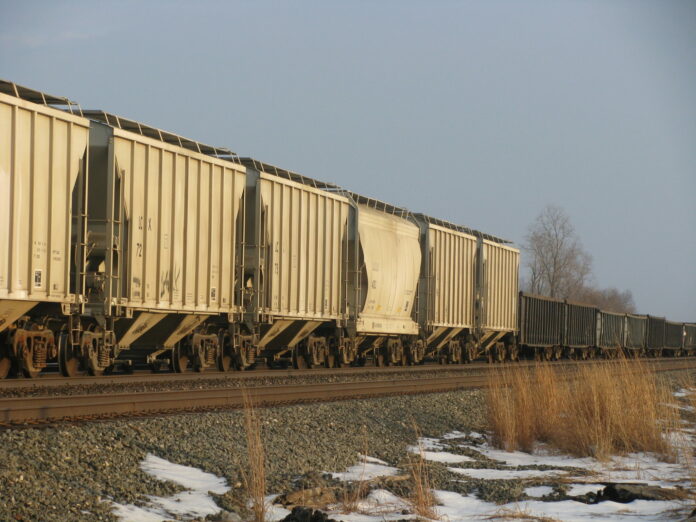 She has done so much for so many people, but if others don’t come to her aid Dr. Delois Blakely, who’s better known as “Queen Mother,” or the “Community Mayor” of Harlem could end up homeless on the streets.

How did this popular Harlem figure, a Harvard graduate, who has spent years as an activist, a Pan-African who regularly attends meetings at the United Nations and knows many African leaders, come into this dire state of affairs? Her move to Harlem is a long story that starts in 1979, when the former Roman Catholic Nun left her West Greenwich Village apartment. The apartment had served as the headquarters for the New Future Foundation, a non-profit she founded. Initially the foundation was a summer day camp and after school program for children, and it advocated multi-racial harmony.

Dr. Blakely wanted her new location to be in Harlem. She was then known as Sister Noelita, a member of the Franciscan Handmaids of the Most Pure Heart of Mary Convent. After locating a boarded up tenement on West 142nd Street, she undertook a project to make this relic livable. I helped her write a proposal to HPD for resources to maintain homesteading. The money received was enough to make basic repairs which enabled Dr. Blakely and her handicapped baby daughter, Ini, to move into the building.

As a HPD requirement for management of the building, Queen Mother Blakely took some recommended classes. Dr. Blakely’s dream of making the building available to mothers with children and other under-served groups had come to fruition. She remembers an incident which sparked this dream. “I was in Grand Central station one day and came across a mother who had been evicted from her apartment. She had a young child with her and a shopping bag with all of her worldly goods in it. I made up my mind at that moment that this would be my target group tenants in 477.”

Dr. Blakely spent many years interacting with officials at the United Nations and is well known in the international community. Over time, immigrant youth, veterans and other disenfranchised called this building home. The building was formed as a coop with the Housing Preservation Development Low Income Homesteading Program. As Tenants Association president, Queen Mother was re-elected for many years. But at some point, another woman Queen Mother Blakely had helped get an apartment in the building, Ms. Shirley Pitt, became president of the Association.

In 1983, the West Harlem Group Assistance became the management agent for the building, and failed to collect rental payments. When the property was returned to the coop in 2003, the building was in arrears.

In terms of the tenants’ association leadership, Queen Mother Blakely said, “The election was totally legal, but during her term as president, Ms. Pitt secured a $650,000 loan with hard lenders Madison Park Investors and E.R. Holdings, supposedly to pay back taxes. No approval from the coop’s eight shareholders was obtained for this loan. Some of the taxes were paid, but the remainder of the funds was not used to improve the building.” She added, “I hold no ill feelings against Ms. Pitts or her children, even though I brought her into the coop at a time of need.”

Predatory lending occurs when a lender uses unfair or deceptive tactics to lead a borrower into taking a loan that carries fees, rates or other terms that benefit the lender at the expense of the borrower. “Why then was there never an investigation into this matter?” Dr. Blakely asks.

When asked about securing the $650,000 loan, Ms. Pitt said, “Since they were not interested in paying the taxes, they were not involved in the transaction. I worked, paid taxes, paid insurance and the oil bill. Only the tenant in apartment 3 assisted me. The others paid nothing. They think they can live rent free. I don’t have time to explain now. I don’t have time to pull out documents, but I have receipts and pictures to show.”

Amsterdam Key Associates became the management company. A spokesperson for the company directed all inquiries to Sheikh Ken Bey, managing agent for 477 West 142 Street, who said that Dr. Blakely wasn’t paying rent and he reiterated Ms. Pitt’s statement that only the tenant in apartment 3 was paying. He said the loan was used to pay back taxes. He said some of the money was also used to pay lawyers to defend against Dr. Blakely’s legal actions and for repairs to the roof, entrance hallway, a store front, and for a new boiler.

“They had no business taking out the loan without the other shareholders deciding and not adhering to the bylaws to take out $650,000 to pay for anything. It should have been shared with all the shareholders to make that decision and not left to outsiders,” Dr. Blakely added.

She said she had been paying her rent until around, 2010, when “acting co-president of the coop, Shirley Pitts, refused to accept my portion of the Section 8 rent.”

Seeking assistance from Mayor Bill De Blasio, Queen Mother wrote him a February 25, 2018 letter that in parts read:
“I am fighting to deny the criminal lender, Madison Park Investors, a.k.a. 477 West 142nd St Funding LLC, a.k.a. Amsterdam Key Associates LLC from taking over the property which they have sunk into foreclosure in 2009 by an illegal first mortgage loan of just $650,000, and today are about walk away with a piece of property valued at $7 million.

I am fighting for fair and reasonable re-organization buyout/payouts that will also benefit poor Black elderly women by recognizing them as deserving a share of the profits. Yet in America’s fairest city today, we elderly black women remain invisible. We are treated as though we don’t exist, that we don’t have needs and will simply fade away into oblivion. Our concerns are simply left unaddressed in today’s Bankruptcy Court, where we are referred to as ‘nasty women’ for standing up for our rights/entitlements in a system that is known to be immoveable, and, undeniably, favors upper class men, over others.

I stand alone in the mighty fight against fraudulent lenders. I was never a party to the loan. I never approved the loan (nor was I ever informed there was a loan in the works) from day one and have been victimized by its intention to get rid of my beloved daughter and me. So you can see dear Mayor, as a Pro-Se elder, access to the levers of the power within our courts, have, without doubt, rebuffed me. For as previously stated, the courts are heavily skewed in favor of the wealthy and privileged, as well as those in cahoots with this establishment.
Queen Mother never received a response from Mayor De Blasio to this request for assistance.”

Queen Mother Blakely says he name was not on any of the documents relating to the sale. Therefore, she had no legal standing to fight it. But, she does have copies of numerous appeals to the various courts showing her opposition to the circumstances surrounding this sale.

All the other shareholders have accepted an agreement for a Life Occupancy Lease as renters at the $400 a month rate. Initially, Queen Mother had also agreed to accept this offer. She said after “sleeping on it” and careful deliberation, she withdrew her acceptance of the deal. Memories of the arduous years of work it took to make the building a reality would not allow her to go down without a fight. She gave rebirth to the abandoned building and could not walk away from it. Queen Mother said it is very painful to see others profit off of her sweat equity, while the courts constantly deny her rights.

She wants to remain in her apartment as an owner, and only pay taxes as any homeowner. At this juncture, Queen Mother Blakely is in court fighting pro se. The Court has given her additional time for preparing an acceptable agreement, and an opening brief due by October 29. In the meantime, managing agent Sheik Ken Bay has Queen Mother deemed a “squatter.”

“I don’t know what God has in store for me, but my faith gives me courage to continue the battle for social justice and equity for the poor and powerless,” Dr. Blakely said.

The nation is enduring an unprecedented Covid-19 era. Many low income people have lost jobs and many people will lose homes to foreclosure. Now people like Dr. Blakely say they struggle to remain in affordable homes while competing with wealthy developers.

Anyone who wants to help Queen Mother Dr. Delois Blakely fight for justice and to obtain a lawyer can go to https://www.gofundme.com/f/queenmother