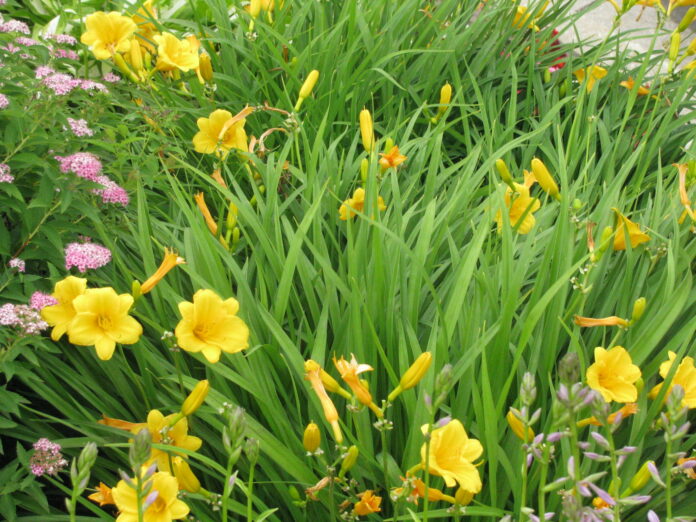 Memories of the atomic bombing are fading – and we must pass them onto future generations.

Greenpeace Japan sat down with Hiroshima atomic bomb survivor and former director of the Hiroshima Peace Memorial Museum, Mr. Harada Hiroshi to listen to his story.

People were scattered across the ground in front of me, bodies lying on other bodies, so many I couldn’t tell how many there were. Some must have still been alive. Their low, dull groans lingered in my ears. Were they the final sounds that left their bodies as the life inside them was extinguished?

The flames rose up into the air as they blazed behind me. In front of me, people were strewn all over the ground, one on top of another. If I wanted to survive, I had to keep moving. I made up my mind. There was nowhere to put my feet, so I had to tread on the people lying on the ground as I tried to get away. Their skin had melted. My foot slipped and sank into their flesh. Desperately, I tried to pull my foot out and keep on going. If I didn’t keep on moving, I would burn to death. I felt a crushing fear, but I kept moving my feet forward, as if in a dream.

This is the memory seared into the mind of Hiroshi Harada (81) who was exposed to the atomic bomb in Asaminami ward of Hiroshima City, 75 years ago.

On the morning of 6 August, 1945, Harada, a six-year-old at the time, was standing with his parents on the platform at Hiroshima station, 2 kilometres from the hypocenter, waiting to be evacuated from Hiroshima City to the countryside. The train was about to arrive when suddenly Harada and his family were enveloped in a flash of light and an intense blast of air. He remembers seeing the walls and ceiling of the building fall towards him.

When he managed to crawl out of the rubble and look around, he saw a darkened and murky sky, and only the ruins of the station building standing alone in the colorless rubble. Luckily he had been protected by the sturdy structure of the station building. “I didn’t have any serious injuries thanks to my father, who had held me to protect me from the explosion. But we had lost sight of my mother”. Flames were erupting everywhere and the fire was spreading fast.

Harada’s father had suffered injuries on his back, but he led the young Harada, as they tried to escape. It wasn’t until three days later that Harada was reunited with his mother, he recalls.

“Being chased by fire. Even now I’m unable to forget the terror I felt then.”

Mr. Harada closed his eyes slightly, retracing his memory as he talked.

Communicating to the world, and facing a harsh reality

After the war, Harada graduated from university and became a Hiroshima city official. In 1993 he was appointed director of the Hiroshima Peace Memorial Museum.

“I had had no experience of peace related work until then. I was uncertain whether I would be able to properly fulfill the role.”

Soon after his appointment, the Director of the American National Air and Space Museum of the Smithsonian Institute (Washington DC) visited the museum to request the loan of materials about the atomic bombing for an exhibition that was to be held in America, to commemorate 50 years since the end of the war.

The belief that the atomic bombs helped to speed up the end of the war is deeply rooted in America. Public opinion in Hiroshima was deeply divided on whether or not to loan the materials. Some believed the materials “could end up being a demonstration of the power of the atomic bomb”, while others felt that “even if that was the case, people should know about what happened on the ground.”

During the negotiations, Harada reaffirmed his sense that “there might not be another chance to tell people outside of Japan about what happened here during the war, or to tell them what using an atomic bomb means”. And sensing sincerity in the museum’s request, whose representative made a second visit to Hiroshima, the city agreed to the loan.

However, in the end, the atomic bomb exhibition had to be canceled due to resistance within America. Mr. Harada recalls how this made him acutely aware of the gulf that still existed, even half a century after the end of the war.

In 1996, work to get the Genbaku Dome registered as a UNESCO World Heritage Site had reached a critical moment. Harada was in charge of international and peace affairs for Hiroshima City at the time, and was in charge of the registration process. America and China had been opposed to the application.

“I thought that our application was just going to be blocked again.”

Harada experienced first-hand the hurdles that existed when trying to disseminate information internationally. In the end, America dissociated itself from the decision, and China also declared that it would not take a position, and the Genbaku Dome was officially registered as a UNESCO World Heritage Site in December of the same year.

Through experiencing the challenges associated with communicating a message internationally, Harada became more conscious of what must be passed onto future generations, and of his role, and of the role of Hiroshima City, in telling people about what happened in Hiroshima that day.

Memories of the atomic bombing are fading

Since then up until the present day, Harada has continued to recount his memory of that day.

Hiroshima City estimates that by the end of December 1945, approximately 140,000 people had died. Those who survived not only suffered the acute symptoms of radiation exposure, such as fevers and nausea, but also continued to suffer from the numerous long term effects. Harada continues to tell his story so that people will know what really happened on the ground in Hiroshima, rather than simply seeing it as a dot on a map.

However, not everyone who survived talks about their experiences as Harada does. Especially the few of those who were in the worst affected area within the 2 kilometre radius of the hypocenter talk about what they experienced. “I think it would be less than 1% of those survivors,” says Harada.

“If I’m honest, I’d also rather not talk about it if possible. Because when I talk about it, whether I want to or not, I am forced to relive what I saw that day. You need courage and resolve to talk about your experiences as a survivor. This is why many survivors choose not to.”

The number of atomic bomb survivors is fast dwindling, and their memories of the bombings will fade along with them. According to the Ministry of Health, Labour and Welfare, the number of people in Japan with an Atomic Bomb Survivor’s Handbook was highest at the end of 1980, at 372,364 people, and has been declining ever since. The number was 136,682 as of the end of 2019, the lowest number since the Handbooks were first issued in 1957, while the average age of survivors is the highest it’s ever been at 83.31 years old.

“I was 6 years old when I was exposed to the bomb. The generation after mine will not have their own direct experience of the bomb to talk about. And of those who were older than me, only a few are still able to share their stories. There are still many memories alive today, but in 3 years time, so many of these will be completely lost,” says Harada with urgency.

The urgent task of uncovering memories and connecting the dots

To date, many survivors have spoken about their experiences, and places such as Hiroshima City have been recording their testimonies. There are also many other initiatives aimed at preserving the human experience of the atomic bomb, such as the promotion of “peace tourism” that visits buildings or other sights that were bombed, or the training of “memory keepers”.

Harada points out that, “There is something that we must do urgently before all that. Most of the records of peoples’ experiences of the bombing are still only ‘dots’. If we can join the dots to draw a picture, this could reveal a new story.”

If we can connect individual memories, for example, by bringing together the stories of people who were in the same area at the time of the bombing, we may be able to reveal things that even they weren’t previously aware of. This will aid us in recording the reality of that day. That is why it is so urgent that we locate and uncover peoples’ experiences.

In the 75 years since the bombing, some of the survivors who have told their stories may have felt a sense of purpose in bearing witness to what happened, while others may have remained silent for many years, out of sadness for what happened that day.

One thing that they all do share is the unwavering belief that the horrors of an atomic bomb must never be repeated. An atomic bomb does not care where you come from, it does not care if you are a soldier or a civilian, an adult or a child – it will obliterate the futures of countless people in an instant. And even for those who survive, their lives will be irreparably altered by the scars left on their bodies and minds.

“I think I am probably part of the last generation who can bear witness to the bombing. Before everything is lost, I want to somehow ensure that our sentiments will resonate into the future.”

The black murky sky he saw over the ravaged station building, the flames that chased him, the sensation of walking over human bodies – Harada explains to me these memories are all still with him today, vividly engraved into his consciousness.

Harada will continue to tell his story of that day, motivated and resolute in the knowledge that humanity must never allow nuclear weapons to be used again.

UDP Secretary General Address to NAMs “I urge all to vote for the Bill before YOU in the name of the people who voted...

Stand together and build a just world, UN chief says in message for International Day of Peace |

Belizean Independence reminds me of the complicated legacy of colonization ·...

UDP Secretary General Address to NAMs “I urge all to vote...

Landfill fire’s toxic fumes force the closure of 8 schools and...

Stand together and build a just world, UN chief says in...