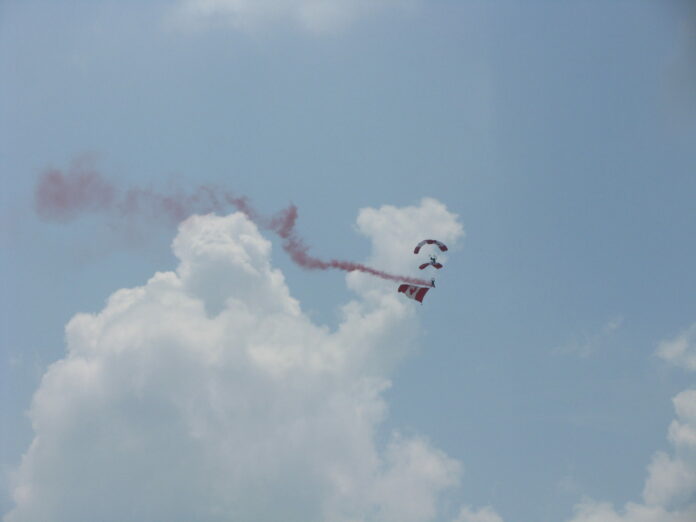 The Hamas terror organization is preparing to exploit what it believes to be an impending security vacuum in the West Bank. Its goal is to undermine the stability of its rival, the Fatah-run Palestinian Authority (PA).

In recent days, Palestinian media reports claimed that PA security forces uncovered a Hamas bomb lab near Ramallah, which was part of a wider reported bomb plot to attack the PA’s government headquarters in the West Bank city.

Hamas senses that the PA will soon enter into an internal power struggle. Since taking power in elections in January 2005, Palestinian Authority President Mahmoud Abbas has ruled, but now, according to senior Fatah sources, he is considering ending his historic 17-year term.

While rumors of Abbas’ departure have so far been premature — rumors that Hamas made sure to spread and amplify — the succession battle is inevitably heating up as the countdown to the end of his rule continues to gain speed, either because of a decision to step down or his age.

How Many Jews Are Too Many?

Now, Hamas sees an opportunity to boost its status and influence through increased terror attacks against both Israeli and Fatah targets. It believes this will strengthen its attractiveness on the Palestinian street, and enable it to challenge the PA’s leadership.

Abbas eventually quashed rumors of his withdrawal in a telephoned speech about the Al-Aqsa Mosque in Jerusalem, in which he vowed that “Jerusalem is not for sale” and promised to fight the Israeli “occupation” of the Temple Mount. Abbas also held an official visit to Cyprus on June 13 to boost his visibility and counter rumors of his demise.

While he is certainly aware that he cannot remain in power for much longer, the leader, who turns 87 this November, is also interested in grasping the steering wheel for as long as possible. In line with calls from the PLO Central Committee, Abbas is threatening to take unprecedented steps in the PA’s diplomatic conflict with Israel, such as terminating its recognition of Israel and ending security coordination with it.

These threats, Abbas believes, improve his image as a Palestinian leader who is committed to patriotic goals, such as not “giving up” on Jerusalem, the so-called right of return for Palestinian refugees, and gaining recognition of eastern Jerusalem as the capital of a future Palestinian state. Abbas also remains committed to the goal of a full Israeli withdrawal from the West Bank to the 1967 borders.

On a personal level, Abbas is also seeking to ensure the economic well-being of his sons.

Abbas is increasingly showing preferential treatment to Al-Sheikh, including through the PLO Central Committee appointment, a step that was seen as provocative by other candidates to succeed Abbas.

With Al-Sheikh’s influence clearly on the rise, rivals like Jibril Rajoub are watching, and quietly preparing themselves for the future power struggle. There are several potential successors in the ring, but Al-Sheikh, who has the backing of the influential head of the PA General Intelligence Service, Majed Faraj, and Rajoub, are the two most prominent ones. The imprisoned Fatah terrorist Marwan Barghouti; the Deputy Chairman of Fatah’s Central Committee, Mahmoud al-Aloul; and the UAE-based exile, Muhammad Dahlan, who has been banished from Fatah’s ranks, are all candidates as well.

Hamas too is preparing itself. In addition to its covert terror cells, it is using social media to entrench its status as the leading force on the Palestinian street, and as part of its propaganda campaign aimed at eroding the PA’s influence.

Hamas candidates are winning elections on West Bank Palestinian university campuses, and Hamas rhetoric routinely accuses Abbas of being a “collaborator” with Israel and Fatah of being a corrupt entity that has abandoned the Palestinian fight for eastern Jerusalem.

Other, external actors are trying to stabilize the situation, as demonstrated by recent visits to Ramallah by the Jordanian Foreign Minister, Ayman Safadi, and US Assistant Secretary of State for Near Eastern Affairs Barbara Leaf.

These visits are aimed at assisting efforts for calm and preventing the development of chaos and escalation following Abbas’ departure.

The US should continue to persistently seek stability and prevent a violent power struggle, which would only benefit extremist terrorist elements. The US should also seek to establish channels of contact with would-be successors to Abbas.

Israel too has to prepare for all scenarios, and it too has a central role to play. While it cannot intervene overtly, Israel must prepare for the possible scenario of an attempted Hamas takeover of the West Bank, a red line that Israel can never accept.

This means being prepared to rebuff any Hamas efforts to capture PA posts or sites, based on the understanding that Israel cannot allow a repeat of the Hamas violent coup in Gaza to play out in the West Bank — an area that overlooks the heart of Israel’s population center and economic hub.

All moderate Sunni-Arab states share the same interest in preventing a Hamas takeover, including Egypt and Saudi Arabia.

Israel, in the meantime, must continue its contacts with the Palestinian Authority and seek to allow Abbas to complete his term honorably. At the same time, it must prepare for multiple scenarios that may emerge, and preserve its freedom of action in the West Bank.

Col. David Hacham (IDF, Ret.) is a publishing Expert at The MirYam Institute. He served for 30 years in various intelligence and political-strategic positions in the IDF, including eight years in the Gaza Strip as advisor for Arab affairs to successive commanders of the Southern Command and the Coordinator of Government Activities in the Territories.