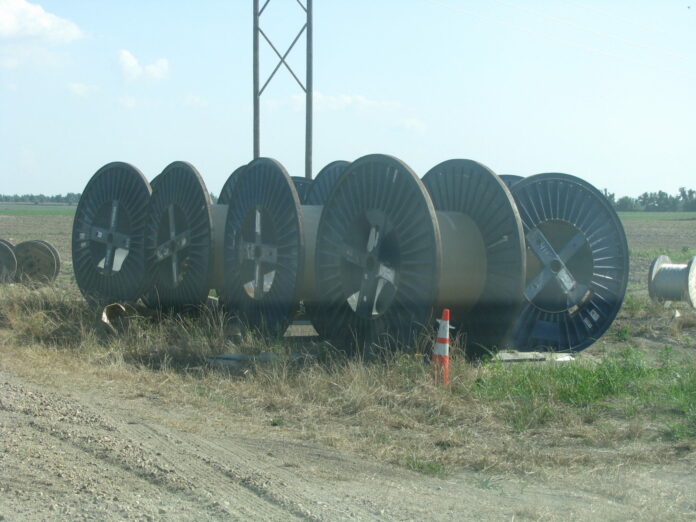 The meeting between Israeli Defense Minister Benny Gantz and Palestinian Authority (PA) President Mahmoud Abbas at Gantz’s home in Rosh Ha’ayin on December 28 was undoubtedly an important event, but exaggerations of its significance should be avoided.

The meeting — the second between Gantz and Abbas since August, when they met in Ramallah — was held with the full knowledge and approval of Israeli Prime Minister Naftali Bennett. The meeting also paved the way for Gantz’s subsequent meeting with Jordan’s King Abdullah in Amman.

The meetings were the first between the PA leader and a senior Israeli minister in more than a decade. They occurred after teams from both sides smoothed over and clarified positions before the discussions, including attempts from Abbas’ office to get Gantz to weigh in on violence by some Israeli settlers, and Israel’s decision to ban six Palestinian NGOs in October that are tied to the Popular Front for the Liberation of Palestine (PFLP) terrorist organization.

These preparations and exchanges of messages mean that the recent meeting was far more than just a technical discussion on daily affairs.

Still, for a number of reasons, the meeting was of only limited significance. In Israel, the coalition government that has been in place for the past six months is paralyzed and unable to make dramatic decisions on the Palestinian issue. On the Palestinian side, Abbas is in the twilight zone of his rule, and power struggles are already raging under the surface about who in Fatah’s senior ranks will succeed him.

The positions that each side put forward before the meeting accurately reflect the true nature of the gap between their respective expectations. The Palestinian side stressed “on the ground” issues, civilian-economic affairs, and the importance of diplomatic progress on the horizon to promote a political solution that grants the Palestinians statehood.

In a tweet, the PA’s Civilian Affairs Minister Hussein El-Sheikh said the meeting represented the last opportunity “before the explosion” that will result from a dead end. He described a “serious attempt” to open a political path based on “international legitimacy that will end escalatory steps against Palestinians.”

During the talks, it is fair to assume that Abbas took advantage of the fact that Gantz is in charge of ties with the PA to flag potentially explosive developments on the ground that could lead to a security escalation, as well as arguing for the necessity of taking steps to restart political talks between the PA and Israel.

Abbas also likely relayed the message that despite the covert battle to succeed him, he remains the only authorized representative of the Palestinian people capable of working with Israel to promote a political process and prevent an uncontrollable security deterioration.

From Abbas’ perspective, arriving at Gantz’s home and risking harm to his image on the Palestinian street looks like the right call, since he was able to send a message to Israel warning of an escalation around the corner.

Gantz, who was the IDF’s chief of staff during the 2014 conflict between Hamas and Israel, is perceived among Palestinians as a war criminal who killed thousands — yet Abbas still chose to visit him at his home.

In Israel, efforts to minimize the importance of the meeting were clearly made by the government, as well as efforts to promote the claim that no political dialogue took place, and that only civilian-security matters were discussed.

Gantz’s office said that the two-and-a-half-hour meeting saw talks on strengthening security coordination, boosting stability, and preventing terrorism and violence. According to this narrative, the political dialogue, if it occurred, was marginal.

Still, it seems unlikely that Abbas would have left Ramallah and entered the Israeli defense minister’s home only to talk about civilian-humanitarian issues.

The Palestinian public holds tense expectations for changes on the ground, particularly in reining in provocative steps by some settlers, limiting settlement construction, promoting Palestinian construction in Area C of the West Bank, and promoting economic projects.

Palestinian sources also said that Abbas called on Gantz to reverse the decision to ban the Palestinian NGOs, reduce tensions in both eastern Jerusalem and the West Bank, and return the bodies of Palestinian terrorists killed carrying out attacks.

And indeed, the meeting saw Israeli steps taken subsequently to reduce tensions, including the decision to allow 6,000 West Bank residents and 3,500 Gazan residents into the Palestinian population census, thereby assisting people who had no defined resident status until now.

Israel also agreed to facilitate early payment of taxes it collects for the PA, to the tune of NIS 100 million, and to provide 600 entry permits to Palestinian businesspeople. Senior PA officials have been promised VIP permits granting them free travel.

The PA is also set to benefit from a new Israeli pilot program that allows shipping containers to enter from Jordan via the Allenby Crossing, and the creation of an online platform for Israeli employers to pay Palestinian employees. The online system will lead to a rise in bank transfers, and the PA is expected to make some NIS 40 million per month in taxes from this.

Palestinian opposition elements, meanwhile, fiercely criticized Abbas, since they perceived the meeting as a tool for tightening security coordination with Israel.

Hamas operatives published a cartoon that showed Abbas as a pathetic, mocked, surrendering figure, shining Gantz’s shoes. A Hamas spokesperson described the meeting as a knife in the back of the Palestinians, while a Palestinian Islamic Jihad figure said the meeting demonstrates that Abbas is a “contractor” for Israel.

In the broader historical perspective, Abbas’ meeting with Gantz is not unusual — past Israeli prime ministers such as Yitzhak Rabin, Shimon Peres, and Ehud Barak met with the late PLO chief leader Yasser Arafat in their own homes too. Yet unlike past meetings, the current meeting was held under conditions of Israeli government paralysis on the Palestinian issue.

From the Israeli perspective, the meeting was useful in further boosting security coordination, mutual confidence-building, and strengthening the PA’s position while weakening Hamas and its goal of increasing its influence in the West Bank, before going on to take over the entire Palestinian government system.

It is reasonable to assume that Israel will continue to pursue its interests in the Palestinian arena overtly and covertly in the post-Abbas era, and that means not allowing Hamas to take over, while working with both Abbas and whoever replaces him.

Col. David Hacham (IDF, Ret.) is a publishing Expert at The MirYam Institute. He served for 30 years in various intelligence and political-strategic positions in the IDF, including eight years in the Gaza Strip as advisor for Arab affairs to successive commanders of the Southern Command and the Coordinator of Government Activities in the Territories.

How the West’s Appeasement Mentality Brings Not Peace, But War

About the Attack in the Synagogue in Texas…

A Failure to Explain Iran’s Threats to Israel

Defending Anti-Jewish Hate and Calling for Violence at USC

The New York Times ‘Gets’ It Wrong Again