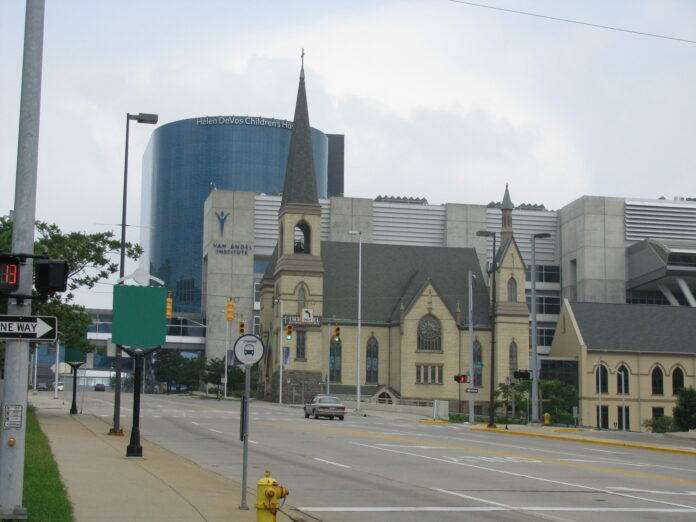 Photos: YouTube
I learned a very important lesson in 1964 in a hot and crowded church one night at Enfield, in Northeastern North Carolina. Our Movement was indeed moving quite well indeed. But it was a very tough struggle against great odds and crises were many. Feelings in that church were high and strong, and when I, the organizer/speaker rose to the podium, I was fired up. Somewhere in my call-to-arms, I began to talk about the County Attorney, Rom [Romeus] Parker, a key foe and, although not one of the thick-as-sand-fleas Klansmen, a very committed segregationist. He was a man of average build, seemed to wear the same dark business suit and tie, and his not-that-old a face was rather heavy and worn.

And one of his legs was badly crippled.

In that church, my focus on Rom Parker and his sins sharpened. The eyes of people glistened. I noted signs of movement, angry tension. Full agreement with my every hot-eyed word.

And then, I began to mimic Rom Parker’s crippled gait. I jerked back and forth in front of the crowd — noting the considerable resonance this pantomime evoked.

The tempo of angry feeling in the church rose higher, and higher.

And then, suddenly, I stopped my act. Cold turkey.

There was sudden silence.

I am not known for apologies — whether sparingly delivered or profuse. But, in my own way, in that hot, tense church, I did just that.

Shaken, I told the people: “I should never have done that — mocked another human being in such a cruel and thoughtless way. We’re all committed to something much, much higher — vastly higher, vastly better.”

I finished, “Rom Parker is a human being.”

And heads began to nod. There were murmured “Amens.” Then there was silence for a few moments more — and then the minister led off with “Amazing Grace” and we all joined in.

I continued my talk and we continued our most successful Movement.

And I never did anything like that again. Never.

Months later, spearheaded and pushed by our Movement, The Change began to come to that hard-core section — and others across the sweep of Dixie. Under the eyes of Klansmen, angry white parents, state and some Federal officials, we had succeeded some time back in securing token school desegregation — Blacks and one Indian — into schools in two of the towns. And now I and a few others were meeting at the county courthouse with school administrative officials to work out the integration / transfer of even more “minority” students. It was a low-key meeting involving some discussion of new Federal guidelines, nothing dramatic. Rom Parker was there as County Attorney. Earlier, I had loaned my car to a colleague and, with the meeting adjourned, I suddenly realized as I approached the courthouse door that it was raining very hard outside. My friend had not yet come back with my vehicle.

Most people had already left. But, behind me, I heard someone coming down the stairway. It was Rom Parker. He and I looked at one another. Then he said, “I’m heading back to Enfield. Could you use a ride?”

I was almost tempted — but my car was coming. “I’ve got someone bringing my car here,” I said. “Or I would be happy to go with you.”

And then I added, “I greatly appreciate your offer.”

And we shook hands.

In my book, 21st Century Revolution, I say at one point that “It is not enough to be concerned about the problems of the world. If a person trying to change the world treats other individuals she/he/they come into contact with on a day-to-day basis with disrespect or worse, it is a very big contradiction and, over time, this contradiction will undercut the efforts for social change.”

An Anishinabe prayer I came across many years ago makes this point very, very well:

Grandfather, look at our brokenness.

We know that in all creation
Only the human family has strayed from the Sacred Way,

And we know that we are the ones who must
Come back together to walk the Sacred Way.

Teach us love, compassion and honor,

That we may heal the earth

And heal each other.

Ted Glick works with Beyond Extreme Energy and is president of 350NJ-Rockland. Past writings and other information, including about Burglar for Peace and 21st Century Revolution, two books published by him in 2020 and 2021, can be found at https://tedglick.com.
He can be followed on Twitter at https://twitter.com/jtglick.