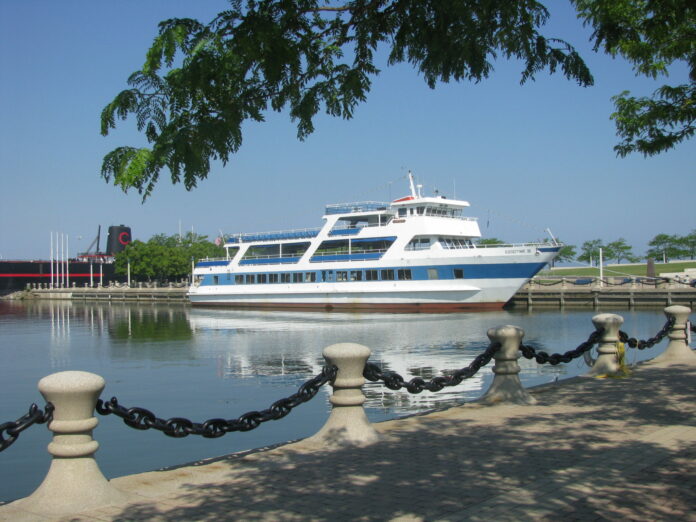 Valentine’s Day weekend will feature multiple presentations of the one-woman theater work “Down to Eartha.”

The play, whose run has been re-extended, reminds us of the power, the artistry, the commitment, the honesty, and the beauty of the twentieth century superstar. Your Black Star News reviewer attended a standing room only performance, so order your tickets before it’s too late. The live and lively theater event will take place at the Dwyer Cultural Center in West Harlem.

Ms. Kitt, whose 93rd birthday was celebrated on January 17th, should be remembered as a singer, dancer, ethnomusicologist, actress, and political activist. However, she is probably best-known for her Catwoman role in the “Batman” TV series, and her Lady Eloise supporting role in the Eddie Murphy comedy “Boomerang.” Kitt was a Dunham dancer early in her career. She starred opposite Sammy Davis Jr. in the film drama “Anna Lucasta” and with Nat “King” Cole in “St. Louis Blues,” both released in 1958. “C’est si Bon” (It’s so good) is one of her iconic recordings and no Kwanzaa/Christmas season is complete without hearing the classic “Santa Baby.”

Dierdra McDowell wrote the script and brings Ms. Kitt to life. Marishka S. Phillips serves double duty as the producer and director. An off-stage percussionist provided the musical support, and evoked the star’s early years with the Katherine Dunham dancers. A chaise lounge centers the action. And a stage right clothes rack facilitates costume changes. A large monitor is to the rear center, showing stills and video. The rest is taken care of by Dierdre McDowell. Kitt was a unique personality, with a look and sound all her own. She was both short and leggy, small and voluptuous. Her sharecropper background and accent were replaced by a very continental, erudite speaking voice. Fluency in Dutch, German, and French were no doubt contributing factors in her vocal style.

The patented low-pitched purr was featured in numerous chart-topping recordings, and in her Catwoman appearances. The play revolves around Ms. Kitt’s 1968 confrontation with Claudia Alta “Lady Bird” Johnson, the then-First Lady/wife of President Lyndon B. Johnson. At a women’s luncheon, with the press in attendance, Kitt came prepared to address the topic of juvenile delinquency and crime. However, the White House was apparently more interested in a photo op than in honest dialogue.

In a classic “speaking truth to power” moment, she represented the views of the Black community (and the growing anti-Vietnam war movement) when her chance came, saying:

“Boys I know across the nation feel it doesn’t pay to be a good guy.

They figure with a record they don’t have to go off to Vietnam.

You send the best of this country off to be shot and maimed.

They rebel in the street. They will take pot and they will get high.

They don’t want to go to school because they’re going to be snatched off from their mothers to be shot in Vietnam.”

Reports claiming that the First Lady cried were inaccurate. She clearly felt disrespected, and probably thought that Kitt was there to be seen but not heard. As the Reverend Dr. Martin Luther King learned when he announced his opposition to the Vietnam war, the prevailing sentiment was that Blacks with influence were expected to stay in their narrow lane. Many of King’s allies (and financial backers) told him that civil rights and antiwar didn’t mix.

Within days of her comments, dozens of Ms. Kitt’s signed, sealed appearance contracts were cancelled. LBJ led an effective blacklisting campaign that would cripple her career for a decade. Fortunately, her international popularity would allow her to perform in Europe and Asia.

Her stateside career resumed with her Tony Award-nominated performance in the 1978 Broadway production “Timbuktu.” In a 1975 New York Times article, Pulitzer Prize-winning investigative journalist Seymour Hersh, revealed that the CIA had forwarded an error-filled secret dossier to the Secret Service after the incident.

The gossip-filled, slanderous document claimed that Ms. Kitt had loose morals. At the time, the CIA had illegally created files on thousands of American citizens. In theory – if not in practice – the agency was tasked with investigating foreign enemies only. The decades-long surveillance program supposedly ended in 1973.

On Good Friday, Jerusalem Archbishop Urges Prayer for the Suffering and...

FAQs for administrators, staff, people who are incarcerated, families

Importance of economic evaluation of cancer registration in the resource limited...