The climate crisis seems to be deepening divisions at a time when collaboration is urgently required to address looming global challenges that are cross-cutting.

This view was vividly reflected last week at the World Economic Forum dabbed Davos 2023. The global forum acknowledged that climate change will eventually require vast ramifications for governments, big corporates, and individuals owing to the widening inequality within and between developing countries like Kenya.

While addressing the Davos Summit 2023, the United Nations Secretary-General Antonio Guterres lamented that the world is faced with numerous storms. In his remarks, he admitted that there are deepening inequalities affecting women and girls disproportionately. He also stated that we are flirting with climate disasters because of increasing greenhouse gas emissions.

“Without further action, we are headed to a 2.8-degree increase of greenhouse gas emissions and the consequences of this will be devastating,” remarked Guterres.

In the same vein, former United States Vice president, founder, and chair of The Climate Reality Project and Nobel peace laureate, Al Gore exclaimed, “We are not winning the climate crisis,” “Things are getting worse, faster than we are deploying climate solutions.”

Al Gore underlined that the emissions are still going up and political goodwill from key decision-makers seems to be compromised. He wrathfully criticized the appointment of Sultan al-Jaber as COP28 president-designate citing that it was a conflict of interest that undermined the confidence in climate action.

In his remarks, he outrightly said “We cannot let the oil companies and gas companies tell us what is permissible.” Additionally, Gore also warned that “If we put an oil company on top of the COP then we have stopped progress.”

The new generation of activists was also not left behind. This time they attended Davos 2023 not as a sophisticated panelist but as activists at the frontline of climate justice.

Greta Tintin Eleonora Ernman Thunberg the veteran Swedish-born activist also expressed her disappointment in Davos. In her letter dabbed “Urgent call to fossil fuel CEOs, Greta advocated for the big oil corporates to stop misleading the public about climate science and risks. She boldly urged governments and politicians to end new oil, gas, or coal extractions and she was not alone.

Wanjuhi Njoroge an environmental and education activist from Kenya also tabled her grievances. Speaking at the same press conference with Greta, Njoroge stated that the climate crisis is evident in areas that are least responsible for it,”

“The Climate crisis is about the people and there is a disconnect between what is being discussed and what is happening on the ground, in places like Turkana,” decried Njoroge. “There are cases of severe malnutrition in Kenya because of the food shortages caused by the climate crisis.”

“I feel frustrated because the urgency of the climate crisis is evident, people are dying and it’s like our leaders are playing games,” lamented Njoroge.” Why can’t we slow down and talk about lives and people,”

Can Climate Promises Save Kenya?

In 2015, Kenya was listed among the Vulnerable 20 States, with temperatures projected to continue rising by 1.7°C by the 2050s and by approximately 3.5°C at the end of the century. Worse still, precipitation in Kenya is projected to remain highly variable and uncertain. For this reason, Kenya can no longer rely on promises but on actions.

Whereas Davos marked a significant platform to echo the disappointments of COP and the appearance of a conflict of interest, the country needs to find a way to strengthen and enhance environmental management.

Retrospective to Al Gore is warning of climate refugees and the fact that Kenya is host to one of the largest refugee camps in Africa, the burden is literally in the government’s hands. Now is the time for President Ruto to institute a cross-sectoral climate-smart solution at the national and subnational levels taking into consideration that his political will may be the only renewable resource Kenya has.

Imali Ngusale is a prolific African writer passionate about amplifying Pan-African stories on socio-Economic, political, and Climate Justice. She currently works as a communication officer and knowledge management support personnel at the African Women’s Development and Communication Network

Source of original article: Africa Science News (africasciencenews.org).
The content of this article does not necessarily reflect the views or opinion of Global Diaspora News (www.GlobalDiasporaNews.com). 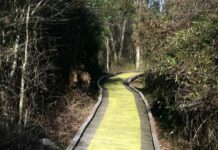 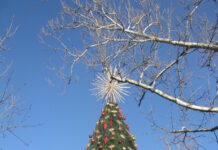