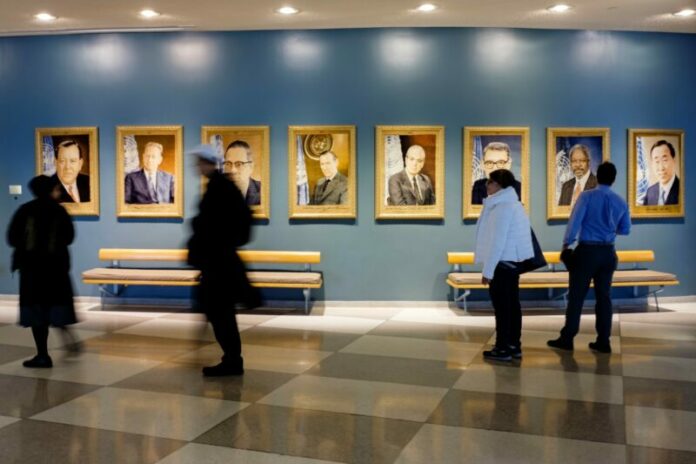 Along with Alpha and Beta, Delta is fuelling an aggressive third wave across Africa, with case numbers climbing faster than all earlier peaks, according to the World Health Organization (WHO).

WHO experts warned on Thursday that the numbers have increased for six consecutive weeks, up by 25% last week, reaching 202,000 positive cases. Deaths also rose by 15% across 38 African countries, to nearly 3,000.

The Delta variant, initially identified in India, is now dominant in South Africa, which accounted for more than half of Africa´s cases last week. Moreover, the variant was detected in 97% of the samples sequenced in Uganda and 79% of those sequenced in the Democratic Republic of the Congo.

The variant also seems to be fueling illness among young adults. According to WHO experts. In Uganda for example, 66% of severe illness in people younger than 45, is attributed to Delta.

“The speed and scale of Africa’s third wave is like nothing we’ve seen before. The rampant spread of more contagious variants pushes the threat to Africa up to a whole new level. More transmission means more serious illness and more deaths, so everyone must act now and boost prevention measures to stop an emergency becoming a tragedy,” said Dr. Matshidiso Moeti, WHO´s regional director for Africa.

A nurse at North Kivu Provincial Hospital administers the first dose of the COVID-19 vaccine to a 45-year-old soldier in the Democratic Republic of the Congo.

The Alpha and Beta variants have been also reported in 32 and 27 countries respectively. Alpha has been detected in most countries in north, west and central Africa, while Beta is more widespread in the south. Both are considerably more transmissible than the original virus.

With rising case numbers and hospitalizations across the continent, WHO estimates that oxygen demand in Africa is now 50% greater than for the first wave peak, one year ago.

Eight vaccines have been approved for the WHO emergency use listing, however, shipments to Africa have, in effect, dried up.

“While supply challenges grind on, dose sharing can help plug the gap. We are grateful for the pledges made by our international partners, but we need urgent action on allocations. Africa must not be left languishing in the throes of its worst wave yet,” added Dr. Moeti.

Only 15 million people – a mere 1.2% of the African population – are fully vaccinated.

Delta dominant in Europe ‘by August’

Meanwhile in Europe, a ten-week decline in the number of COVID-19 cases in the 53 countries that the WHO analyses, has come to an end.

The regional director for the UN health agency, Hans Kluge, informed on Thursday that last week the number of cases rose by 10%, driven by increased mixing, travel, gatherings, and easing of social restrictions.

“This is taking place in the context of a rapidly evolving situation – a new variant of concern, the Delta variant – and in a region where despite tremendous efforts by Member States, millions remain unvaccinated”, he explained.

Mr. Kluge said that the Delta variant overtakes alpha very quickly through multiple and repeated introductions and is already translating into increased hospitalizations and deaths.

“By August, the WHO European Region will be Delta dominant”, the expert underscored.

However, by August, Europe will not be sufficiently immunized, with 63% of people currently still waiting for their first jab, and the region will still be mostly loosening restrictions, with increasing travel and gatherings, Dr. Kluge warned.

“The three conditions for a new wave of excess hospitalizations and deaths before the autumn are therefore in place: new variants, (a) deficit in vaccine uptake, increased social mixing; and there will be a new wave in the WHO European Region unless we remained disciplined”, he said.

Mr. Kluge reminded that vaccines are effective against the Delta variant: “not one dose but two doses”,

He added that delays in getting vaccinated cost lives and the economies, and the slower vaccination programmes are, the more variants will emerge.

“We see many countries doing well, but the truth is that the average vaccine coverage in the region is 24% only, and more serious, half of our elders and 40% of our health care workers are still unprotected. That’s unacceptable”, the expert said, explaining that with these figures, the pandemic is nowhere over.

“And it would be very wrong for anyone – citizens and policymakers – to assume that it is”.

There have been nearly 1,200 shack fires in Cape Town this...